‘We Are Horrified': Russian Americans Condemn Invasion of Ukraine

Sam Klebanov, whose family owns the Petropol bookstore in Newton, Massachusetts, left Russia at the age of 6 and is disgusted by President Vladimir Putin's attack on Ukraine, where one of his best friends lives

Vladimir Putin's decision to invade Ukraine has drawn condemnation from Russians all around the world — including from those at home, who are protesting at great risk.

As the deadly conflict in Ukraine continues to unfold more than 4,500 miles away, the Klebanov family is watching from afar and joining the chorus of Russian Americans who are condemning Putin's war.

Sam Klebanov is originally from St. Petersburg, Russia, but immigrated to the United States when he was 6. Now an adult, his family owns Petropol, a small bookstore in Newton, Massachusetts, that specializes in Russian literature.

"We are horrified by what's happening," he said. "We have long been critical of the Putin government, but this is a red line that they've crossed, and it's absolutely devastating."

Klebanov said he still has family in Russia and one of his best friends lives in Ukraine.

While he is most concerned for the safety of his family and friends, he pointed out that his family's business depends on Russian imports.

"We do rely on cargo shipments of books from Russia, so we work closely with a lot of publishing houses and authors in Russia," he said.

He and his family joined thousands of protesters at a rally outside the Massachusetts State House on Sunday, calling for an end to the conflict, something he notes he couldn't have done in Russia without serious risk.

"Many people are leaving or facing repression for speaking out against the war," he said.

The Katz family of Brookline also took part in Sunday's rally in Boston, holding up a handmade sign that read "no to war" in Russian.

"[For] A lot of Russian people, this war is not being fought in their name," said Ariella Katz.

The Katz family have long been at odds with the way Putin has run Russia. But this time, they say he's gone too far.

Many miles away, Ariella Katz's friends held the same "no to war" signs during protests in Russia.

The 23-year-old Harvard student has often visited Russia and is involved in grassroots activism. She's determined to show the world that most Russians are against the war.

Police in cities like Moscow have clamped down on protests in recent days, trying to silence some of Katz's friends.

"I'm really afraid for their safety," she said. "Some of my friends have been detained. I know of people who have been beaten up." 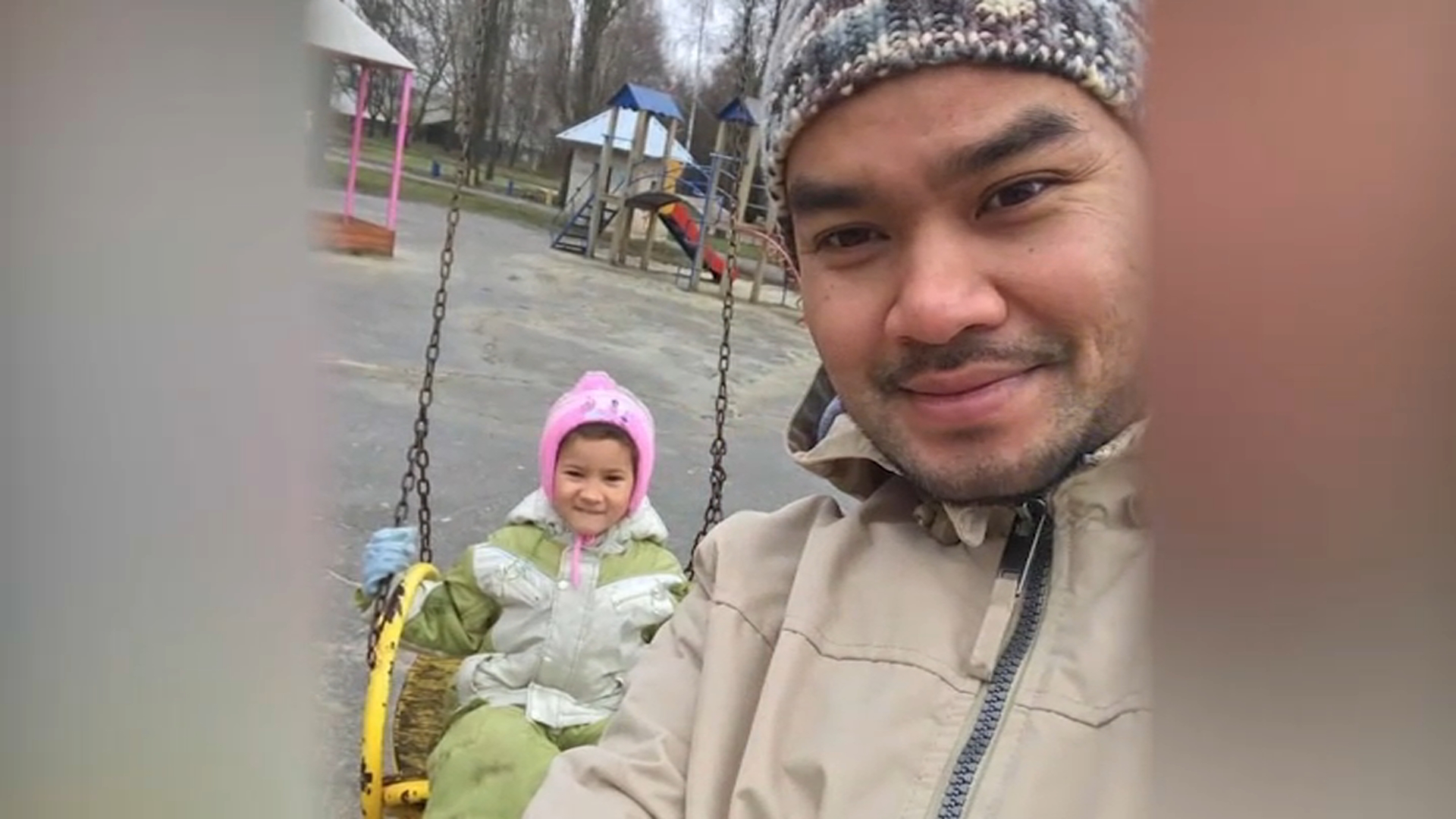 While the conflict is inflicting pain and death on Ukrainians, the Russian people are also paying a price: sanctions from the West are beginning to take a toll on the average Russian with cash shortages at banks, currency devaluations, and limited air travel.

In New England, there are moves to ban Russian-made liquor in New Hampshire, while in Massachusetts, legislators are proposing a halt to Russian imports.

The measures are meant to isolate a country that Irena Katz said looks more and more like its old Soviet Union self.

"It is devastating for me to see how drastically it is changing back to those times which were impossible to live," she said.

"I just hope that soon this dictatorship will end, and that Russian people can have human rights, and freedom, and live in peace with Ukrainians," added Ariella Katz.

The younger Katz is in her second year studying international law at Harvard. She said she draws inspiration from her family's history in activism in Russia and the U.S. She wants to put her knowledge and experience to use so she may, one day, help prevent a war like the one currently unfolding in Ukraine.