The people who live on Cedar Point in Scituate, Massachusetts, are used to heavy weather.

Mark Regan has a cottage here.

"The worst is flooding," he said. "Storm surge is definitely the worst."

Steve MacDonald has been here for 30 years.

“The tides when they come in... they now have this bomb blast tide of sorts that comes in and it goes over the wall and it can wreak havoc from a water perspective," he said.

"The biggest issue I've seen was with winter storm Riley with the prolonged high tides," resident Christian Keith said. "In that we actually flooded here when we usually don't."

High tide is at 5:30 p.m., but the surge from this storm wasn't expected to be too bad. The wind could be more of an issue as it has been in the past.

"The last storm we had a wind-driven storm," MacDonald recalled. "It was probably the most violent storm I've seen in 30 years I've been here. Winds were sustained at over 100 mph. It took shingles off the roof and my storm door and it was just a violent storm."

When a storm is approaching, folks here keep each other informed.

"We have an email thread for all the residents in the area and they basically give updates on the storm," Regan said. "What's coming, when its coming and kind of the severity of it so people are prepared as best we can be for what's coming."

The email thread did not light up for this storm.

However, parts of the Merrimack Valley, including Lawrence, Lowell and Andover, were inundated with water on Friday. Street flooding was reported in many other Massachusetts communities as well.

It was pretty dicey for a while in Billerica, but most of the water had receded Friday night. There is still damage to be cleaned up, though, including a tree that toppled over in the middle of the storm on Wildbrook Road.

Power lines sparked flames and smokes in town after a tree came down along Albion Road and knocked out a utility line.

“There was like an explosion, and basically the tree came down and snapped a pole in half, and it was scary because that’s the kids' bus stop,” said Shelly Farmer.

Farmer says this could have been incredibly dangerous if it had hit at a different time.

“Usually we’re standing there, waiting for the bus in the morning, so thank God nobody got hurt and no one was there,” she said. 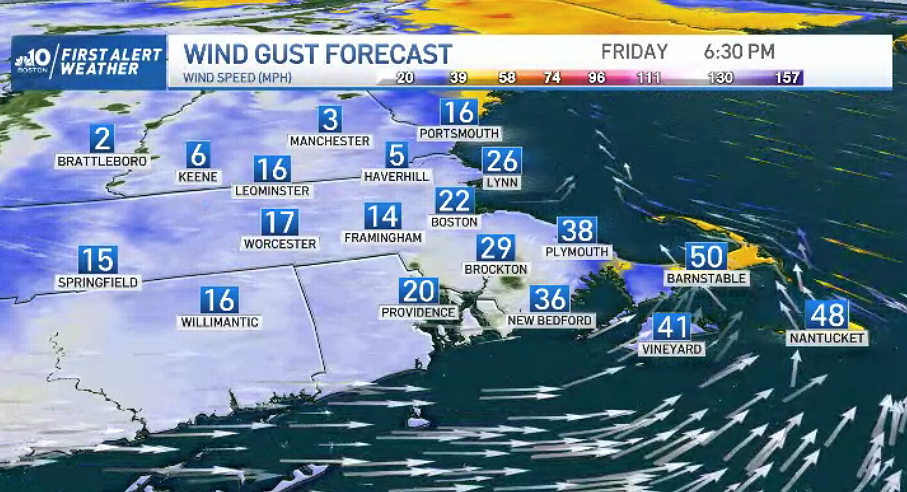 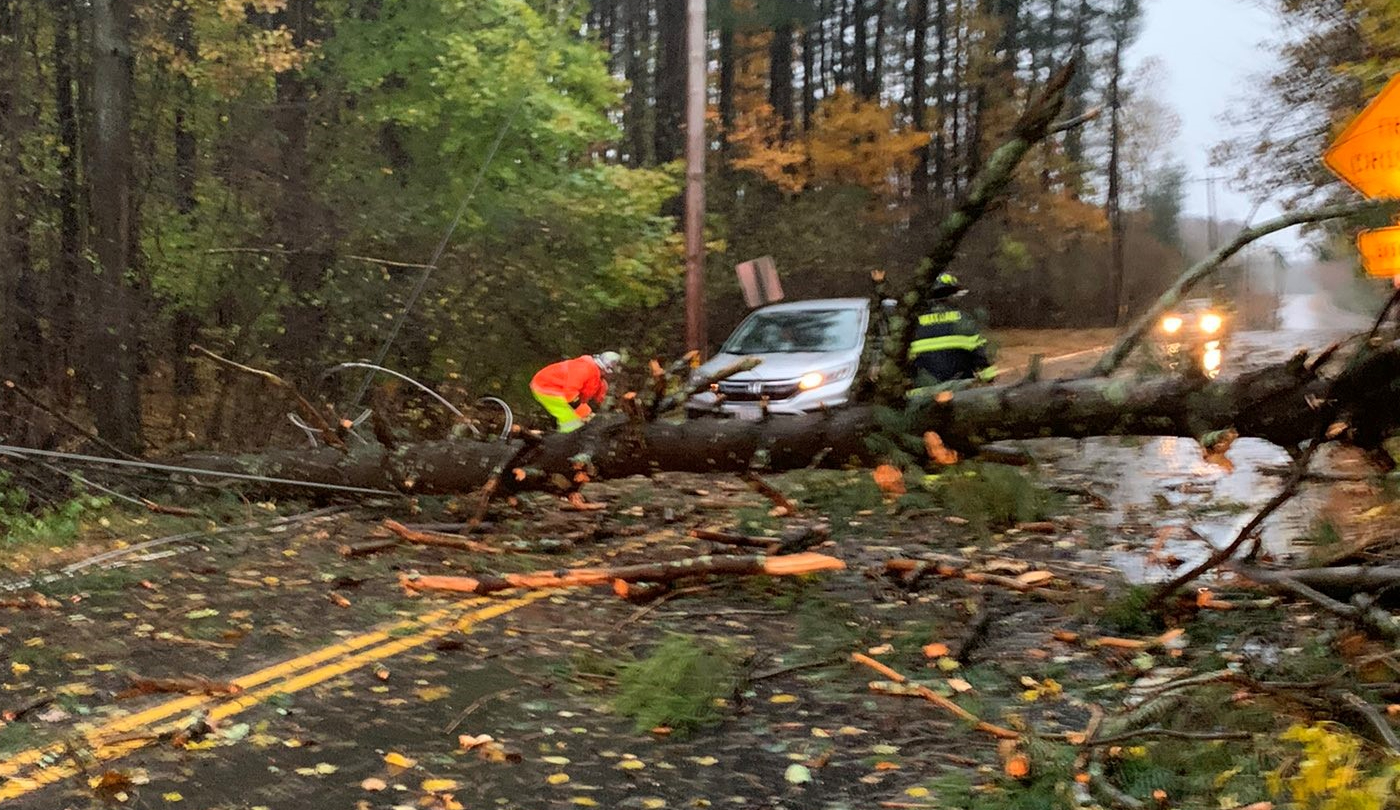 Torrential rain and gusty winds battered eastern parts of the state on Friday.

On 128 northbound, rush hour and the nasty weather made for a tough combo in Lexington.

Deep water could be seen on the highway near the Lexington rest stop. Traffic backed up in certain spots and there were huge puddles to navigate.

While in neighborhoods, trees came down amid gusty winds.

“I got a pretty nasty scare when it turned bad because our storm door got pulled out of its resting position and just started flapping over, crashing into our porch out front," Samuel Young said.

Some turned to generators as the power was out for part of the afternoon and utility crews worked to restore it.

By nightfall, as the rains disappeared and things calmed down, it was time to get out and inspect the aftermath.

"It’s fun to poke around a little bit and see what’s happened," Elizabeth Karpinski said. "It’s pretty crazy to see some of the trees that are down.”

Most of the power had been restored in Billerica Friday night, although there are pockets where it’s still out.