"I committed no crime, and if you think I committed a crime, you're probably really stupid, because you don't know who I am," Giuliani said, as an investigation looms into whether he was working as an unregistered lobbyist for Ukrainian officials

In a bombshell interview, Rudy Giuliani talked to NBC New York about the months-long federal probe accusing him of illegal Ukraine dealings — an investigation he calls "lawless."

The former New York City mayor has been the subject of investigations and FBI scrutiny since two business associates were arrested in 2019 in a separate case. But in an exclusive interview with News 4, Giuliani emphatically maintained that he did nothing wrong — becoming seemingly fixated on declaring his innocence.

"I committed no crime, and if you think I committed a crime, you're probably really stupid, because you don't know who I am," Giuliani said, as an investigation looms into whether he was working as an unregistered lobbyist for Ukrainian officials.

He said that he was working for then-President Donald Trump as his lawyer at the time.

"Is the guy who put the mafia in jail, terrorists in jail, Ed Koch's commissioners in jail, and the worst people on Wall Street — I'm not going to file (a form)? I mean, that's just crazy," he said.

Giuliani initially agreed to speak with NBC New York at the World Trade Center Memorial in Lower Manhattan for an upcoming story about the 20th anniversary of the Sept. 11 terror attacks. But it was clear there were other things weighing on his mind: The fallout from the recent election, and the fact that he's still facing criminal investigation.

Giuliani voiced frustration at the FBI searches of his home and law office, calling the investigation misguided and politically motivated.

"I am more than willing to go to jail if they want to put me in jail. And if they do, they're going to suffer the consequences in heaven," he said. "I'm not, I didn't do anything wrong."

When asked why he would be willing to go to jail if he is not guilty, Giuliani replied "Because they lie, they cheat."

Giuliani said there's a partisan double standard at the Justice Department, which he said has been lenient toward New York Gov. Andrew Cuomo's nursing home COVID policies, as well as what he said is damaging information on the Hunter Biden laptop.

"When you see the differences between the way Cuomo was treated and the way I'm treated, and you don't realize there's a very, very terrible distortion of justice. Because that's not the only example," he said.

Given what the interview was initially planned to cover, Giuliani weighed in on those who compare the Jan. 6 riots at the Capitol to 9/11, calling it "sacrilege" while insisting that he did not incite violence in his speech beforehand.

Giuliani also reflected on whether he believes his legacy has been tainted in recent years.

The FBI declined to comment on Giuliani's statements he made Friday.

In June, a New York court suspended Giuliani from practicing law in the state, finding his behavior "immediately threatens the public interest." Earlier this month, the District of Columbia's top court did the same thing.

The New York ruling prevents Giuliani, the former U.S. Attorney in Manhattan, from practicing law in the state but does not strip him of his law license.

"We conclude that there is uncontroverted evidence that respondent communicated demonstrably false and misleading statements to courts, lawmakers and the public at large in his capacity as lawyer for former President Donald J. Trump and the Trump campaign in connection with Trump’s failed effort at reelection in 2020," a New York state appellate court ruled.

"These false statements were made to improperly bolster respondent’s narrative that due to widespread voter fraud, victory in the 2020 United States presidential election was stolen from his client. We conclude that respondent’s conduct immediately threatens the public interest and warrants interim suspension from the practice of law, pending further proceedings before the Attorney Grievance Committee."

Earlier this year, the state bar association said it was looking at removing Giuliani as a member over his election-related conduct, and in June, following the court's suspension, they confirmed that they would in fact remove him as member.

Defiant as ever, Giuliani spoke out about the court's ruling outside his NYC apartment, saying "these judges take action without giving me a hearing ... If you want to say I said something irresponsible, you've got to give me a chance to defend myself. I can more than defend myself." 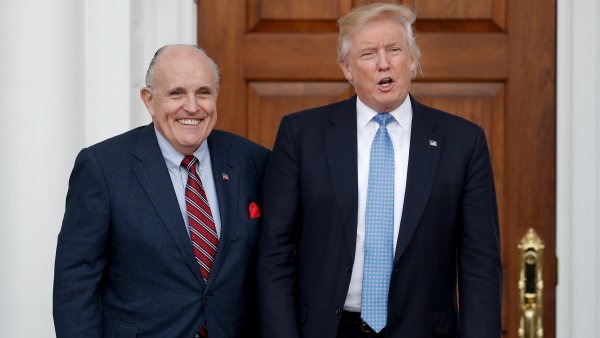 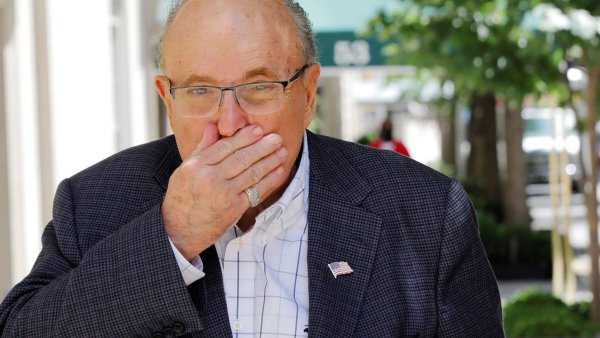 "I could call 100 witnesses to support what I'm saying, and I'm ready to do it," he said at the time.

The judges wrote that Giuliani had the opportunity, but never provided names of witnesses, experts or investigative reports. Giuliani's attorneys - both retired judges themselves - said they expected a full hearing to lead to their client's reinstatement.

Yet the court was unsparing in its assessment of the former mayor’s conduct, saying in essence that it could not trust Giuliani to not lie.

"The risk that respondent will continue to engage in future misconduct while this disciplinary proceeding is pending is further borne out by his past, persistent and pervasive dissemination of these false statements in the media. This is not a situation where the uncontroverted misconduct consisted of only a few isolated incidents. Rather, each of the false statements identified and analyzed herein were made multiple times on multiple platforms, reaching countless members of the public. They continued after this motion was brought, and despite respondent facing imminent suspension from the practice of law," the court said.

The ruling comes about two months after federal agents served search warrants at Giuliani's home and office, part of their ongoing probe into his conduct related to relations with Ukraine.

That raid and the suspension were just two more blows to a man who was once one of the most powerful federal prosecutors in the country, and was at one time seen as a favorite to be elected president.