President Joe Biden enters the midterm election year of 2022 determined to address what economists call a “supply” problem — there aren’t enough jobseekers or goods to meet the country’s needs.

This is also a political problem. The mismatch has obscured the strong growth and 3.9% unemployment rate achieved during Biden’s first year, the kind of performance that would typically help the president and congressional Democrats woo voters in the midterms. It has left Biden trying to showcase his economic achievements while trying to parry Republican criticism that his policies have fueled inflation.

“This is the kind of recovery I promised and hoped for the American people,” the president said in remarks Friday. “My focus is on keeping this recovery strong and durable, notwithstanding Republican obstructionism. Because, you know, I know that even as jobs and families’ incomes have recovered, families are still feeling the pinch of prices and costs." 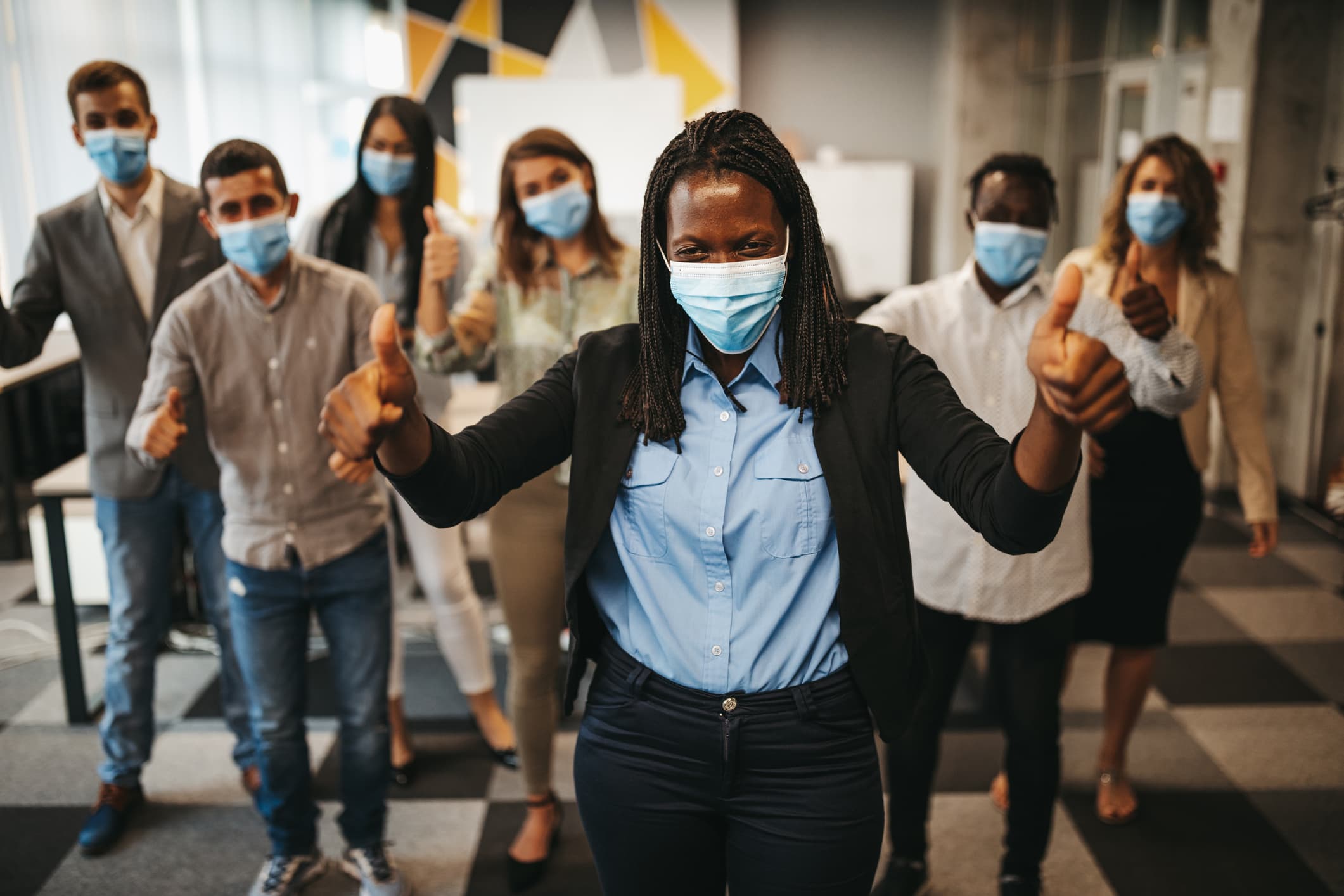 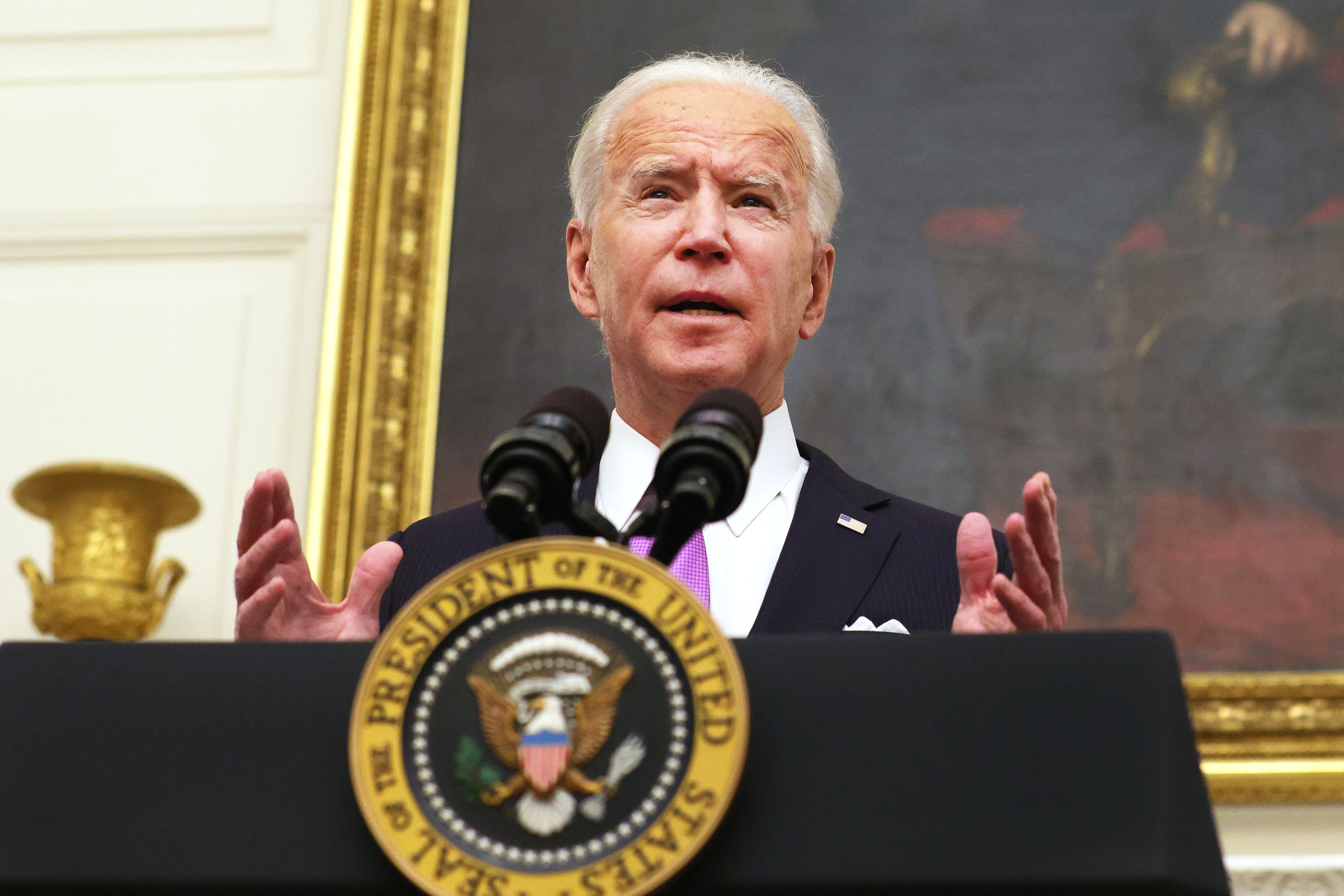 Biden's First State of the Union Address Set for March 1

Pessimism has overtaken Americans' views on the economy, even though the economy is objectively better than it was in 2020 right before Biden took office. The index of consumer sentiment tracked by the University of Michigan is 12.5% lower than a year ago, despite people being vaccinated and 6.4 million jobs added over the past 12 months.

Shoppers are focused on shortages of cars, bath towels and even breakfast cereal. Employers can’t fill the 10.6 million jobs they’re advertising, as Friday's employment report showed a mere 199,000 jobs gained in December. Prices for almost everything are rising — with forecasters expecting a 7.1% annual increase to turn up in next Wednesday’s inflation report.

House Republican Leader Kevin McCarthy bypassed the clear positives in the economy and blamed the administration for any shortfalls.

“President Biden has been in office for nearly a year, and our economy is still missing millions of pre-pandemic jobs, consumers are facing inflationary pressure not felt in nearly 40 years, and employers continue to struggle with a persistent labor shortage,” the California lawmaker said in a statement.

As a policy and a political challenge, White House officials say they're figuring out how to increase the supply of workers and goods this year as the pandemic and supply chain issues linger. They have to do that while preserving consumer and business demand, two pillars of economic strength that are byproducts of last year's $1.9 trillion coronavirus relief package. The administration expects inflation to ease, yet it's unwilling to idly wait for that to happen.

Inflation rose 7.9% in February 2022, the, the biggest rise in the consumer price index in 40 years, the Labor Department reported. But what exactly is inflation? And what is causing it?

The administration sees the supply factor as the only viable solution, because the alternative would be to cut government spending to reduce demand in ways that could hurt people's wellbeing and ability to spend and invest.

“We have very strong demand in this economy, and we have constrained supply," said Jared Bernstein, a member of the White House Council of Economic Advisers. “There’s two ways of going after that imbalance. You can whack the demand side and essentially make people poorer, so that they don’t have the resources to pursue what they want. Or, you can try to expand the supply side — that’s what we’re doing.”

Biden announced a slew of initiatives to unclog supply chains, so that container ships can dock faster and big-rig trucks can get on the road faster with full trailers. The efforts include updating ports with money from the $1 trillion infrastructure law, as well as executive actions to increase the number of commercial truckers and plans to increase the domestic production of computer chips.

The White House says it's already fixing the supply chain. It issued a memo reporting an uptick in store inventories and a 39% decline since November in shipping containers waiting at ports for nine days or more.

Biden has also said that his proposed investments in child care, families and health care — which are stalled in the Senate — would relieve supply constraints by making it easier for more parents to work. Yet his arguments for the nearly $2 trillion in spending and tax increases have failed to sway West Virginia Sen. Joe Manchin, the decisive Democratic vote, who fears inflation and wants to require that families who receive the child tax credit have jobs.

At the heart of the workers shortage is also the continued threat of the pandemic. The initial wave in 2020, followed by the delta and now omicron variants have made it harder for people to return to work or train for new occupations. That's created a shortage of workers and worsened supply chain challenges and inflation.

“The virus remains the biggest issue in the economy today,” said Aaron Sojourner, an economist at the University of Minnesota. “Millions of employees are missing work every week because they have COVID symptoms or they’re caring for someone with symptoms, and the unvaccinated are 2.4 times more likely to miss work.”

Heather Boushey, also a member of the White House Council of Economic Advisers, said the pandemic caused massive unemployment and dislocations for families and businesses. But she said the supply chain challenges have been harder to address because of their global nature and the fact that they involve some long-standing challenges that are separate from the coronavirus.

“This is not just in the United States — this a global issue,” Boushey said.

Friday's employment report showed just how hard it could be to boost the number of workers seeking jobs, said Tyler Goodspeed, an economics adviser in the Trump administration who is now a fellow at Stanford University's Hoover Institution.

The report came out ahead of the likely impact from the omicron variant of the coronavirus, which has led to the closures of school and some businesses. Yet it showed that the percentage of people in the labor force has not increased substantially, a sign that the supply of available workers is tight even though the U.S. is still 3.6 million jobs short of pre-pandemics levels. There has also been a shortfall in business investment since the pandemic that makes it more difficult to increase supplies in the economy, Goodspeed said.