"I blanked it," Baker said about his presidential vote

Massachusetts Gov. Charlie Baker said he abstained from voting for president in Tuesday's elections, following through on earlier comments he would not vote for fellow Republican Donald Trump.

During a press conference in which he nominated Judge Dalila Argaez Wendlandt to a seat on the Supreme Judicial Court, Baker was asked by a reporter if he had voted for former Vice President Joe Biden.

"I blanked it," Baker responded, without elaborating.

His abstention did not come as a surprise.

Last month, Baker told reporters he would not vote for Trump, In September, Baker criticized the president for refusing to commit to a peaceful transfer of power if he loses the election, which prompted Trump to tweet that Baker is a "Republican in Name Only."

Baker has batted down any speculation that he may consider taking a role a potential Biden administration if he were to be asked.

Politico reported last month that Baker is one of a handful of centrist Republicans who have been mentioned by Joe Biden's advisers in discussions about Republicans who might be interested in Cabinet positions, should Biden win the election in two weeks.

Massachusetts Gov. Charlie Baker expressed his deep concern Tuesday when asked about President Donald Trump's comments suggesting he would not commit to a peaceful transfer of power.

Baker has also hit out at the president for ignoring the advice of public health officials following his coronavirus diagnosis.

Baker has high approval ratings from Massachusetts residents of both parties and relationships on both sides of the aisle. He recently endorsed Rep. Richard Neal, one of the Democrats' top members of Congress, in his primary, while also backing fellow centrist Republican Sen. Susan Collins of Maine in her battle to win in the general election. 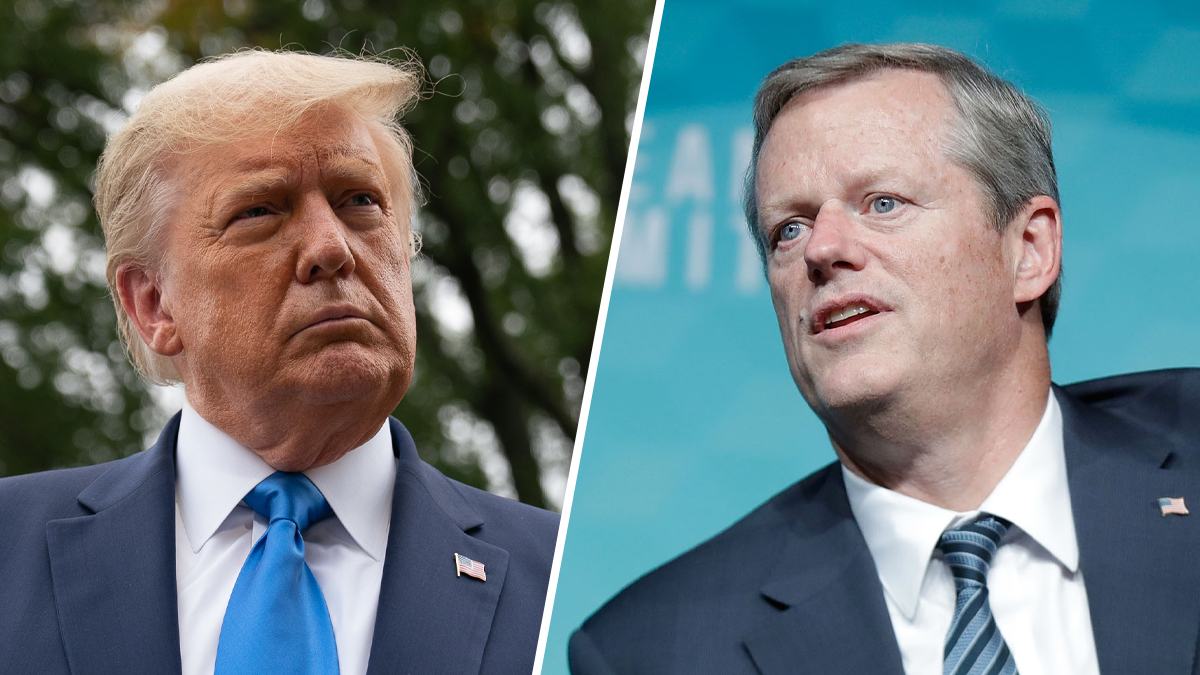