...if the GOAT does decide to walk away from the Pats (or if Bill Belichick opts not to re-sign him)

This isn’t a prediction one way or the other.

While the official guess is that Tom Brady returns to the Patriots for a 21st season, that reality remains far from a lock.

If you’re part of the subset of Patriots fans ready to tear off the band aid and move on from the greatest quarterback in the history of the NFL as he enters his age 43 season, however, perhaps what you’re about to read will sway you back in the other direction.

Letting Brady walk away while he’s undeniably in decline is one thing. Letting him go without a clear-cut succession plan under center is another matter entirely, and that’s exactly what Bill Belichick would be doing if he opts not to re-sign Brady.

We hear all the time that it’s better to move on from a player a year too early rather than a year too late. That’s mostly true, but quarterback is different. It can and will undermine the entire operation if Brady plays for another team in 2020.

When asked Monday about the future of Patriots Tom Brady, Boston Mayor Marty Walsh said it was time to reflect on the quarterback's accomplishments and relish in all the team's championships. The mayor said he hopes Brady stays in New England.

Now, some potential replacements for Brady would mitigate the damage ever so slightly. But this list is rooted in realism. Sure, you’d have no issues with Patrick Mahomes, Lamar Jackson or Russell Wilson taking over for Brady. But no, those passers aren’t available. 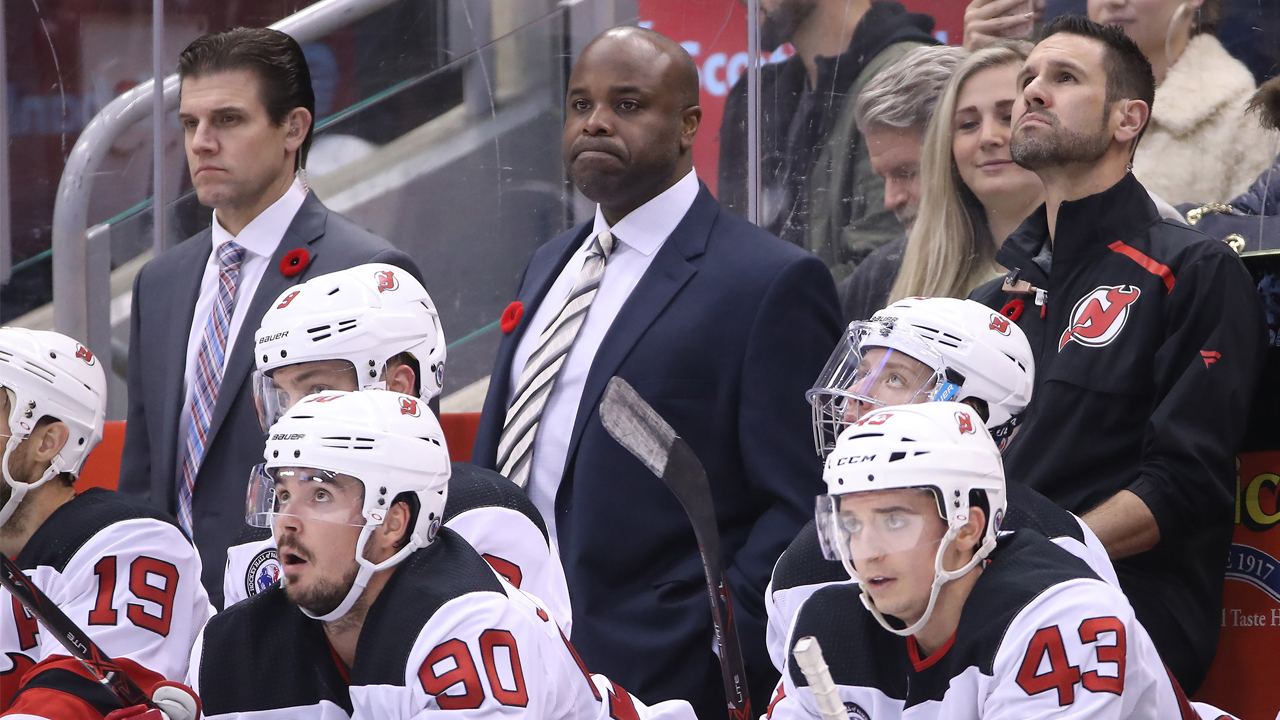 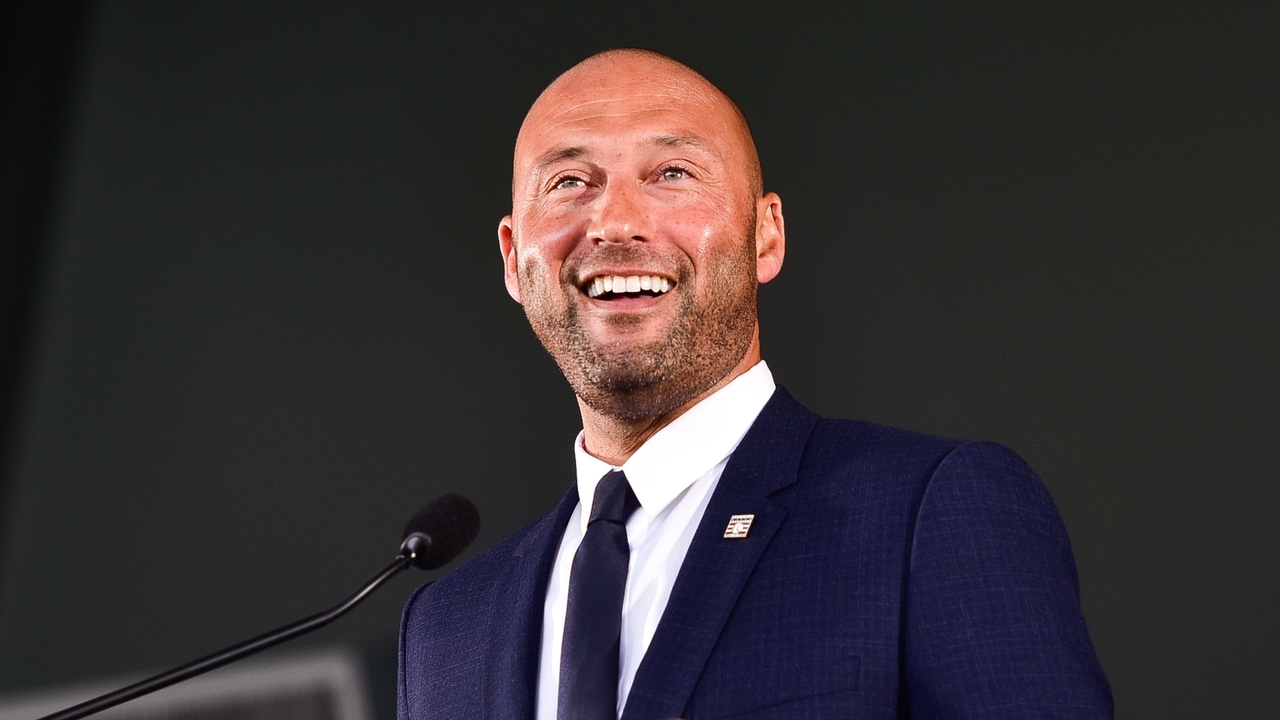 Likewise, there’s a lengthy list of quarterbacks drafted in the first round over the last several years who may not be fully developed but aren’t about to become available for the Patriots in a million years. This means no Kyler Murray, Carson Wentz, Sam Darnold, Baker Mayfield, etc.

The closest you could get to a realistic pipe dream is Dak Prescott, who remains without a new contract from the Dallas Cowboys. But unlike the Patriots with Brady, Jerry Jones can use the franchise tag on Prescott, meaning there’s about a 0.0001% chance he becomes available and thus doesn’t make the cut for this list.

Last two things: this is exercise is considering external options only, so no Jarrett Stidham or Cody Kessler, and no college quarterbacks. The Patriots may well draft a quarterback, even in the first round, but with so many other holes on the roster, that feels like a longshot for the time being.

Here are the names of 10 quarterbacks who, frankly, will have you aching for Brady to hang around Gillette Stadium for another couple of years.

Rivers just uprooted his clan from San Diego to Florida, which means he’s almost certainly done with the Chargers. But assuming he wants to stay close to his family, the only advantage Foxboro has over Los Angeles is that it’s in the same time zone as Florida. There’d be no time for pop-ins.

Rivers was also mediocre at best last season, throwing 20 interceptions for a Chargers team that regressed to 5-11.

…said aging passer is Brees, who turned 41 earlier this month.

People forget that Brees spent the first five seasons of his career in San Diego, meaning the sticker shock of him wearing another uniform won’t be quite as dramatic, but let’s face it: Brees is either returning to New Orleans for a 15th season or retiring.

For as great as Brees is, don’t overlook the fact that he gets to play (at least) eight games a season in a domed environment. The Patriots seldom get more than one or two cracks at an indoor stadium per season.

The No. 10th overall pick in the 2018 draft by the Cardinals, Rosen was quickly discarded by Arizona to Miami when the Cards had the chance to draft Kyler Murray first overall in 2019.

What does it say about Rosen, however, that he threw as many interceptions in 2019 — five — as Russell Wilson did, but in 407 fewer attempts? Or that he couldn’t hold off Ryan Fitzpatrick (more on him later) for the starting job with the Dolphins?

Rosen won’t be 23 until February, meaning there’s still time for him to turn things around. Even if the Patriots were to bring him into camp — it likely wouldn’t take much more than a conditional late-round pick to acquire him at this point — there’s no guarantees he’d beat out Stidham or Kessler or some seventh-round draft choice for a roster spot.

OK, you may roll your eyes at a homecoming for Harvard’s finest. He’s finished a season with a winning record exactly once in his 15-year career, never thrown a pass in the playoffs and has already played for ¼ of the league’s 32 teams — including all three of New England’s AFC East foes.

But here’s the thing: Fitzpatrick just might be the ultimate place holder until the Patriots settle on their quarterback of the future. There is a 0% chance New England will be duped into giving Fitzpatrick, 37, any sort of extension beyond whatever pact it agrees to in the first place, and he’s almost always good for pulling off a few upsets over the course of the season (see: Patriots vs. Dolphins, Week 17, 2019).

Fitzpatrick has one year left on his current deal with Miami, meaning New England would have to surrender a late-round pick of sorts to acquire him unless the Dolphins cut him.

In a word: ugh. Dalton has made four playoff starts in his career, losing all of them. He’s completed 55.7% of his passes in those starts, throwing one touchdown against six interceptions.

The Patriots got a good look at Dalton in Week 15, when he threw four interceptions, two apiece to Stephon Gilmore and J.C. Jackson.

Perhaps the only appeal when it comes to Dalton is his contract: he’s owed no guaranteed money in 2020, the final year of his deal. If the Patriots were to trade for him, Dalton, 32, would be taking a steep pay cut from his $17.5 million base salary, but come on. He’s Andy Dalton! He’s had little to no help in Cincinnati, particularly over the second half of the decade, but this isn’t like rescuing Corey Dillon from the Bengals once upon a time. Do better.

Since leading the Ravens to at least the AFC Championship Game, and ultimately a Super Bowl title, in the first five years of his career, Flacco has won just a single playoff game.

Baltimore traded him to Denver last off-season, where he proceeded to land on injured reserve after eight games with a neck injury. Flacco, who turns 35 on Thursday, was mostly mediocre with the Broncos anyways, posting an 85.1 passer rating.

Flacco does throw a nice deep ball — maybe it could unlock N’Keal Harry? — but his contract is problematic, with dead cap hits over the next two seasons coming in just under $25 million.

This is where things get, if nothing else, interesting. Though he’s made just one Pro Bowl in his career, Stafford has still been extremely productive for the Lions since they drafted him first overall in 2009. He’s eighth in the NFL in both passing yards and touchdown passes since entering the league.

The major complication when it comes to Stafford is the win-or-else stakes in Detroit in 2020 for both head coach Matt Patricia and GM Bob Quinn. Though he’s never won a playoff game, trading Stafford at this juncture makes little sense if either Patricia or Quinn plan on keeping their jobs beyond this season. He’s still their best path to football in January.

If we’re doing the same song and dance with Brady again next off-season, definitely check back on Stafford, who’ll have just one year left on his contract with massive salary cap implications.

Like Dak Prescott, the franchise tag can be applied to Winston by the Buccaneers, the team which drafted him first overall in 2015.

Unlike Prescott, that’s no lock.

“If we can win with this [quarterback], we can definitely win with another one, too,” Tampa Bay coach Bruce Arians told reporters after the season in regards to Winston, who became the first quarterback in the 100-year history of the NFL to throw for both 30 touchdown passes and 30 interceptions in a single season.

No one on this list, not even Brees, has been named the league’s most valuable player like Newton, who won the honors in 2015 when he led the Panthers to an appearance in Super Bowl 50.

No one on this list has the skill set of Newton, who’s rushed for more touchdowns (58) than any other quarterback in NFL history.

Yet it’s entirely possible Newton could be damaged goods at this point in his career. Though he doesn’t turn 30 until May, the wear and tear on Newton’s body is undeniable after playing in at least 14 games in each of the first eight seasons of his career before making just two starts for Carolina in 2019. He’s dealt with myriad injuries to his shoulder and more recently, his foot, over the last several years.

The Panthers, with a relatively new owner in David Tepper and a brand-new coach in Matt Rhule, aren’t bound to Newton. He’s scheduled to be an unrestricted free agent following the 2020 season.

Far and away the least flawed option when it comes to replacing Brady for 2020, Bridgewater isn’t without his risks.

On the verge of stardom with the Vikings, who drafted him 32nd overall in 2014, Bridgewater suffered a career-threatening knee injury late in training camp of his third season which cost him all of 2016 and the majority of the 2017 season in Minnesota, by which point the team had moved on at quarterback.

However, Bridgewater was a bit of a revelation in 2019 in New Orleans, where he served as Drew Brees’ understudy. Bridgewater went 5-0 as a starter while filling in for Brees early in the season, completing nearly 68% of his passes and throwing nine touchdowns against two interceptions.

Still only 27, Bridgewater shouldn’t be confined to backup duty for the rest of his career. But how much longer will he wait behind Brees to start for the Saints?

Bridgewater has one year left on his contract in New Orleans. Forget about Brees for a second; if Taysom Hill returns, what does that say about how the Saitns value Bridgewater long-term?