Freestyle skier Jon Sallinen's first run in Olympic halfpipe qualifying Thursday wasn't picture perfect. He drifted out of the halfpipe and collided with a cameraman.

Collarbone aching, the 21-year-old from Finland picked himself up and tried it again in run No. 2 — only to fall once more and have to make the walk up the pipe to retrieve one of his ski poles.

All just a snapshot of a dangerous sport that leaves most of these athletes with scars, both inside and out.

Sallinen’s wrecks during the qualifying round gave the day's leader, Aaron Blunck, flashbacks to his own crash in the halfpipe 16 months ago, when he broke six ribs, fractured his pelvis, lacerated his kidney and bruised his heart by landing on the pipe's cold, unforgiving edge.

“I cringed on the inside,” explained Blunck, who was one of four Americans to make it to Saturday's final. “I get PTSD a little bit of just like, ‘Oh.’"

It was a scary run-in with the cameraman for Sallinen. As he was exiting his second-to-last jump, he landed low and wasn't ready to go into the next wall that fast. He looked up, his ski caught and he couldn't get off the wall. It sent him straight over the edge and into the shooter. 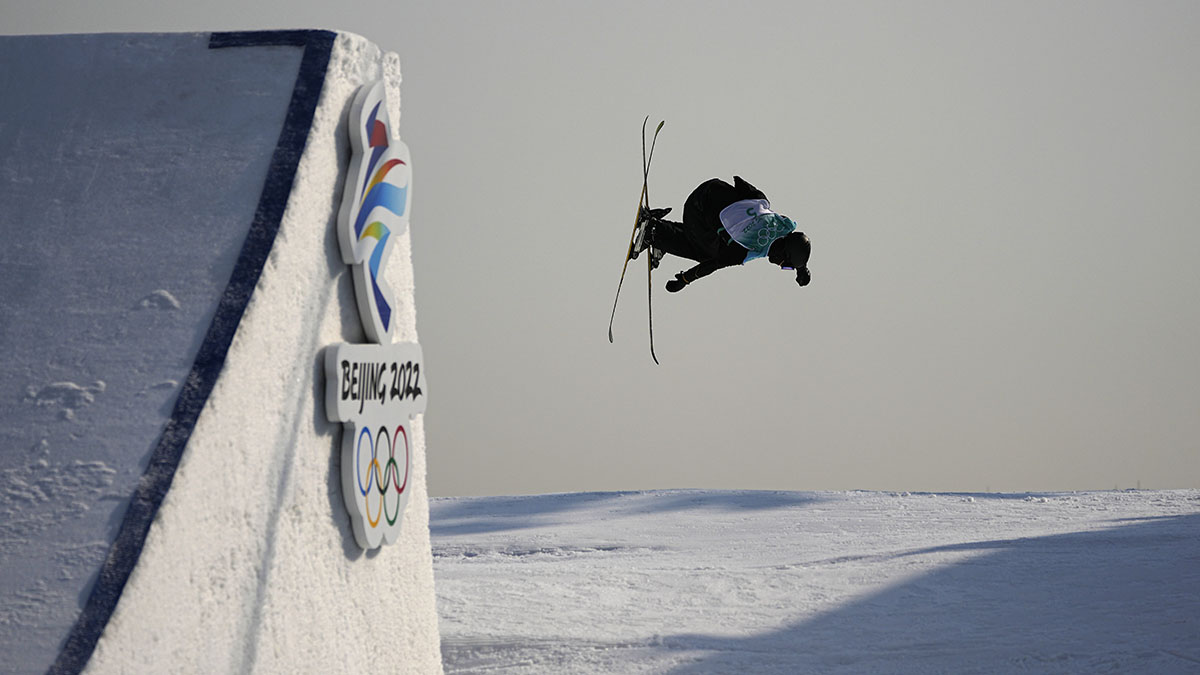 What Are the Most Dangerous Winter Olympic Sports? 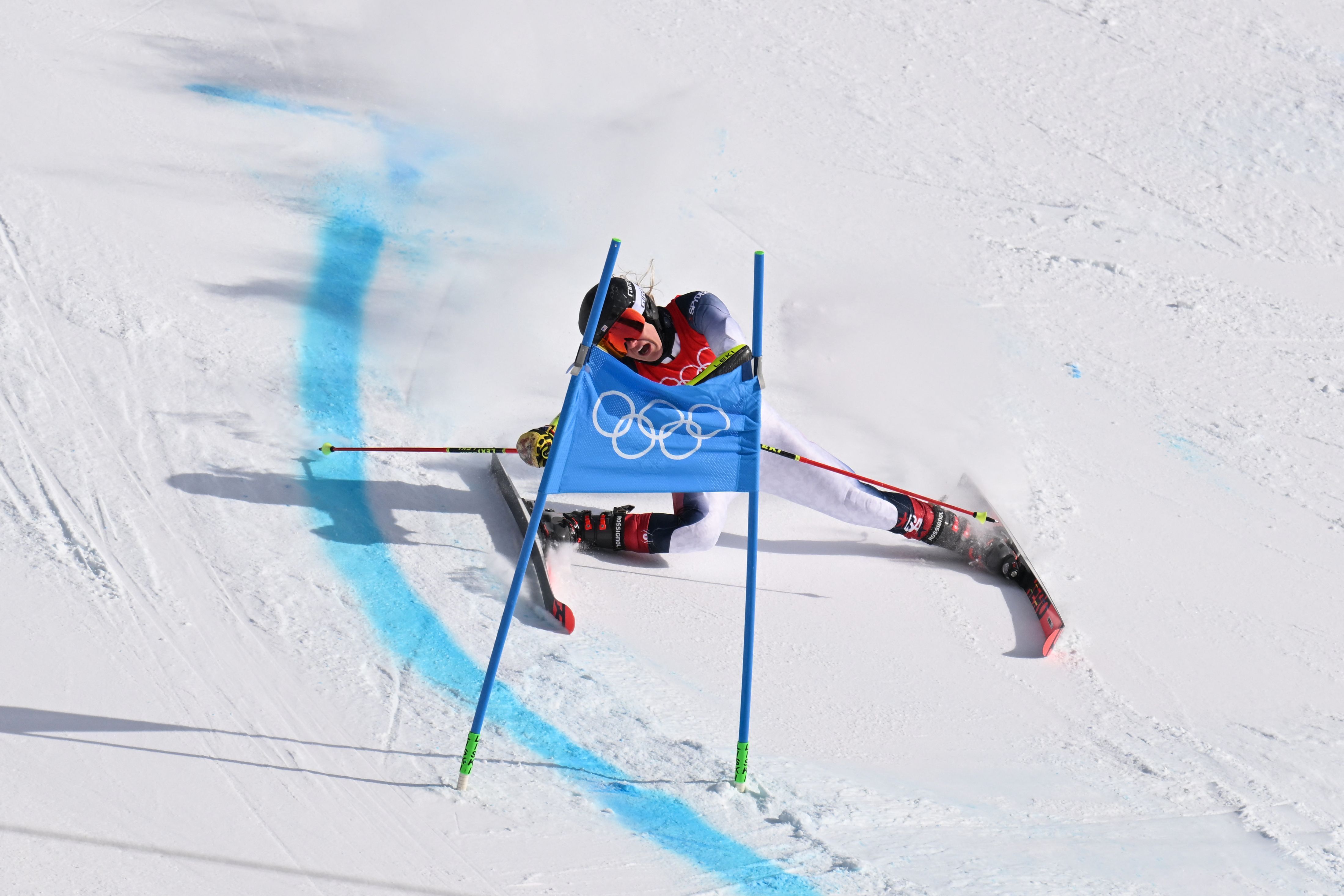 WATCH: The Worst Ski Crashes of the Beijing Olympics So Far

Coming out of the pipe like that — and landing on the deck — doesn’t happen that often on this level.

“Sometimes if you mess up the takeoff like I did right there, that’s the worst outcome,” Sallinen explained. “I was lucky not to land on my head and then maybe get a little cushion from the camera guy. ... I hope he’s all good.

"At the same time, I landed straight on my collarbone and I felt some movement, heard some cracking in there. I hope it’s not broken, but it’s really painful right now.”

Ben Harrington of New Zealand had a frightening spill, too — one that left him motionless for a moment as he lay at the bottom of the halfpipe. His teammate, Nico Porteous, was making his rounds of post-qualifying interviews when he suddenly realized Harrington had crashed. Porteous jumped over barriers to run out to the halfpipe and check on Harrington.

“That's the worst thing that can ever happen, seeing your teammate and friend go down,” said Porteous, who was second in qualifying.

Harrington was eventually able to get up. He finished the day in 13th — one spot behind Gus Kenworthy, who got the last place in the final.

“It's all right. The body is OK,” Harrington said. “I'm just bummed more than anything."

Told that Porteous quickly ran out to check on him, Harrington got a little choked up.

According to the IOC, about 12% of athletes had at least one injury in the 2018 Pyeongchang Olympics.

The freestyle community is a tight-knight one, and bad, sometimes catastrophic, crashes are part of the fabric of the sport. Sarah Burke, the Canadian freestyler who lobbied to get her sport included in the Olympics, died in a training accident in 2012. Her impact is still felt on the halfpipe to this day.

An 18-year-old member of the U.S. ski team, Connor Ladd, suffered a head injury in a training accident before a contest in December. A message on his Instagram account said he's got a long journey ahead.He was released from Craig Hospital in Denver on Christmas.

Harrington's crash on Thursday scared everyone — including those waiting to go at the top, like two-time defending Olympic champion David Wise.

“That was crushing,” said Wise, who finished fourth in qualifying. "When we saw him starting to move, starting to get up, starting to stand up, that was such a relief for us. Because nobody wants to see anybody get hurt.

Bad crashes is something Blunck unfortunately knows all about. He was training in Saas Fe, Switzerland, on Oct. 13, 2020, and working on a new trick when he crashed. All he remembers is seeing the deck of the pipe rapidly approaching and thinking there was no way he was going to get around in time. He hit the frozen edge and slid to the bottom. The next thing he really recalls is a helicopter taking him to the hospital.

The accident made him cherish each day even more. But days like this can't help but take him back.

"It hurts me to watch," Blunck said. “I know everyone out here is so tough. I know that they’re going to push through it. So that’s just all I can hope for, is that they push through and everything's going to be OK.”