The team's game against the Chiefs will now be played on Monday or Tuesday, according to the NFL

The New England Patriots-Kansas City Chiefs game scheduled for Sunday has been postponed, the NFL announced Saturday, while Pats quarterback Cam Newton has tested positive for the coronavirus, according to a report from ESPN.

ESPN's Adam Schefter, citing a source, said the Patriots have been doing "mass testing and re-testing" and so far no spread has been reported to others players or staff.

The NFL announced around noon on Saturday that the game has been postponed and will now be played on Monday or Tuesday instead. The league said the move followed "positive COVID-19 tests on both teams.''

The team confirmed in a statement only that "a Patriots player" tested positive and has entered self-quarantine. They did not name the player. The Patriots had been planning to fly to Kansas City on Saturday afternoon. Instead, players left Gillette Stadium to await further instructions.

The Patriots said several additional players, coaches and staff who have been in close contact with the player were tested Saturday morning and were negative for COVID-19.

"The health and safety of our team, as well as our opponent, are of highest priority," the Patriots said in their statement.

The Kansas City Chiefs haven't made any announcements regarding the positive test or tests referred to in the NFL's news release.

The Patriots-Chiefs game, which had been a marquee matchup, is the second NFL game to be postponed this week.

“It's a pandemic, so things can happen,” Chiefs coach Andy Reid said earlier this week, when news emerged from Tennessee about an outbreak with the Titans, which has forced their game against Pittsburgh to be postponed. "But you've got to take as many precautionary measures as you can and try to stick with them, and if something happens like that, then you’ve got to work through that. We’ve all been coached up on it, and we’re all trying to do the best we possibly can with it.”

Newton, the 2015 NFL MVP, had led the team to a 2-1 start since replacing departed free agent Tom Brady this offseason. He was signed to an incentive-laden one-year deal worth up to $7.5 million over the summer after being released by the Carolina Panthers.

Brian Hoyer was the Patriots' active backup quarterback for the first three games of the season, with Jarrett Stidham listed as inactive all three weeks. Hoyer will reportedly start the game.

Most Patriots fans say they're not shocked by Cam Newton's diagnosis or the fact that the NFL called off Sunday's game, but they worry that it spells trouble for the rest of the season.

Most Patriots fans say they're not shocked by Newton's diagnosis or the fact that the NFL postponed Sunday's game, but they are worried that it spells trouble for the rest of the season.

"I think it's going to be more widespread and more Patriots will probably test positive," Tim Groh, of Raynham, said. "I think we might see an abbreviated season now that this is growing."

"I hope they get through the season, I really do," Millis resident Michael Fettig said. "It would be nice to see a full football season, but I don't know what's going to happen."

"Anybody can get it, even Superman Cam," he said. 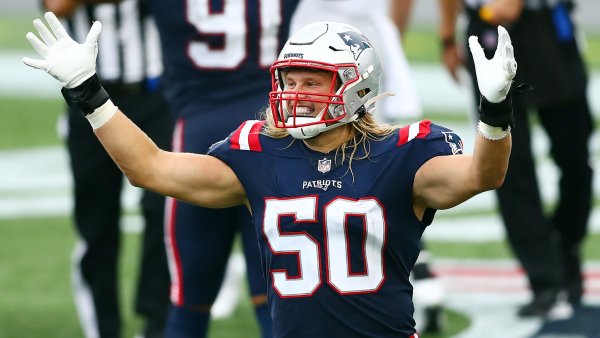 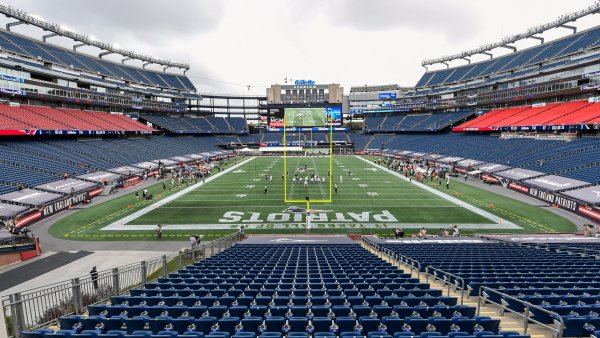