Can Celtics Fix Their Sputtering Offense Before It's Too Late?

Forsberg: How can Celtics fix their most glaring weakness? originally appeared on NBC Sports Boston

The Boston Celtics entered Wednesday night’s game against the Atlanta Hawks having hoisted 247 wide-open 3-pointers this season, per the NBA's tracking data. Boston had made a measly 32.8 percent of them. Maybe most shocking is that there were three teams that had somehow made a lower percentage of their 3-point attempts without a defender within six feet.

But after another 3-point brick fest during a road-trip ending loss in Atlanta, that shooting percentage is going to dip even further. 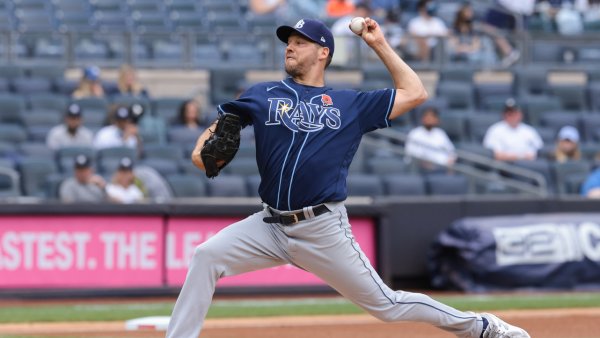 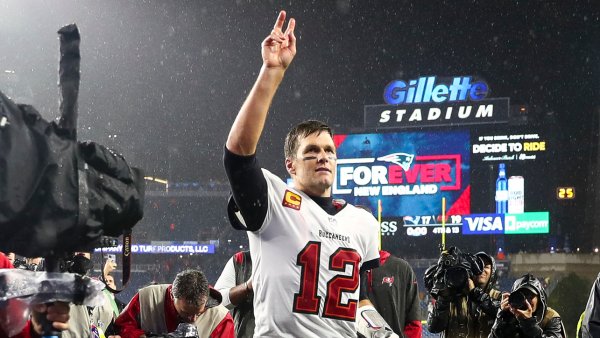 If you’re a glass half full kinda fan, you’re thinking this team can’t possibly keep shooting this poorly. A year ago, the Celtics shot 40.9 percent on all wide-open 3-pointers. With Jaylen Brown nearing a return, and Robert Williams likely back on the court soon, too, the Celtics should have the sort of weapons that will keep defenses honest moving forward.

The question is whether Boston will ever make teams pay for giving up those open looks. And the sobering reality is that the Celtics' offense has been mediocre at best since the start of the 2021-22 season.

"You like the looks that we're getting," said Celtics first-year coach Ime Udoka. “High-quality looks, a lot of open looks, and teams make theirs and you don't make yours, you have to rely on your defense. So we've done that for the most part but you'd like not to stress your defense as much by making those shots.

"But it's not just starters missing and the bench guys making, or vice versa. It's a little bit of everybody and so you tell them to be confident and work on it everyday like we do. The looks we get, we feel the (tide) will turn eventually, and we'll start getting more consistent with those, and that's all you can do.

"Like I said, if we were taking contested shots, or you know selfish shots -- we always talk about good-to-great [shots]. They're passing up open shots to get other guy shots and so you can't can't say anything negative about those shots that we're getting. Just got to be confident, knock them down, encourage the guys, and stay with it.”

All of that is fair. But this also shouldn’t be particularly surprising. After elevating to president of basketball operations, Brad Stevens made the decision to trade Kemba Walker for 35-year-old Al Horford in the quest for financial flexibility. Horford has been spectacular at just about everything but shot making. Stevens and the Celtics also elected to let Evan Fournier walk away and used the remainder of the Gordon Hayward trade exception to snag the offensively inconsistent Josh Richardson.

The Celtics leaned hard into being a defensive-minded team and heaped a bunch of offensive responsibility on the plates of Jayson Tatum and Brown. But even as Boston adopts a defensive identity with improvements over the last eight games, the offense has lagged well behind. Yes, you can chalk some of that up to Tatum’s slump or Brown’s absence, but Boston simply hasn’t gotten much shooting consistency from anyone on the roster.

Schroder, Tatum, Richardson, Horford, Smart, Pritchard, and Nesmith are a combined 120 of 410 on 3-pointers this season. That’s a staggering 29.2 percent from a group that includes some of the team’s primary 3-point threats.

Boston’s complementary pieces have shot so poorly that teams have loaded up on Tatum (and Brown, when healthy). Opponents are going to challenge the supporting cast to beat them and the Celtics haven’t made teams pay very often this year.

The Celtics went to bed Wednesday ranked 23rd in the NBA in offensive rating at 104.6. Even as Boston’s defense has limited opponents to 99.3 points per 100 possessions over the past eight games, ranking second in the NBA behind only the Golden State Warriors, Boston hasn’t been able to fully capitalize because of its offensive woes. Boston is 5-3 in that span but you can make the case that, if they didn’t fumble away two 19-point leads, they could easily be 7-1.

Alas, a sputtering offense was a prime reason for those collapses.

The Celtics simply need more shooting. It’s unlikely the team will be able to infuse anything from outside the organization until at least the middle of next month. The Celtics are left crossing their fingers on two things: 1) Better health, and 2) Water finding its level.

Aaron Nesmith and Payton Pritchard are navigating sophomore slumps and haven’t gotten the sort of playing time that might help them snap out. Richardson has earned his playing time with his defensive intensity but his 3-point shot remains as streaky as advertised during recent stops in Philadelphia and Dallas.

The positive spin: Boston is +11.3 in the 205 minutes that Tatum and Brown have shared the court this season. The offensive rating isn’t very glossy -- 106.9 -- and the team hasn’t made 3-pointers with much more efficiency during the Jays’ shared time, but the Celtics are left hoping shots will soon fall with more regularity.

Forsberg: Who's been Boston's most impactful player this season?

Because it's unfathomable that Grant Williams -- the guy who missed the first 25 3-pointers of his pro career -- is the team’s most efficient, high-volume 3-pointer shooter. He’s at 40.8 percent on 3-pointers this season after a strong night as a spot starter in Atlanta. Only Romeo Langford (45 percent) is higher among regulars, but had only 20 attempts.

Schroder, Tatum, Richardson, Horford, Smart, Pritchard, and Nesmith are a combined 120 of 410 on 3-pointers this season. That’s a staggering 29.2 percent from a group that includes some of the team’s primary 3-point threats.

Making open shots won’t cure all that ails these Celtics. But it can’t hurt. And these Celtics desperately need something to jolt their sputtering offense.