Wait, is that drink part of the TB12 diet?

Tom Brady is no doubt living his best life in Florida right now.

Two scenes really stood out from the parade.

Tom Brady tossed the Vince Lombardi Trophy from his boat, over the water to Rob Gronkowski’s boat, as the Tampa Bay Buccaneers celebrated their Super Bowl 55 victory with a boat parade.

The first was Brady throwing the Lombardi Trophy across the water to another boat, where Bucs tight end Cameron Brate caught it. It was an absolutely wild scene that thankfully didn't include any damage done to the trophy -- unlike previous Super Bowl celebrations.

Another video that went viral was Brady making it safely back to land, getting off his boat and having Bucs third-string quarterback Ryan Griffin helping guide him as he walked a little wobbly.

Brady reacted to that video with the following tweet:

Wait, is that drink part of the TB12 diet?

The 43-year-old quarterback is no stranger to Super Bowl parades. He's now taken part in seven of them. Brady is coming back to the Buccaneers next season for another run at the Super Bowl, and who can blame them? We wouldn't be surprised if the Bucs are staging a similar celebration at this time next year. 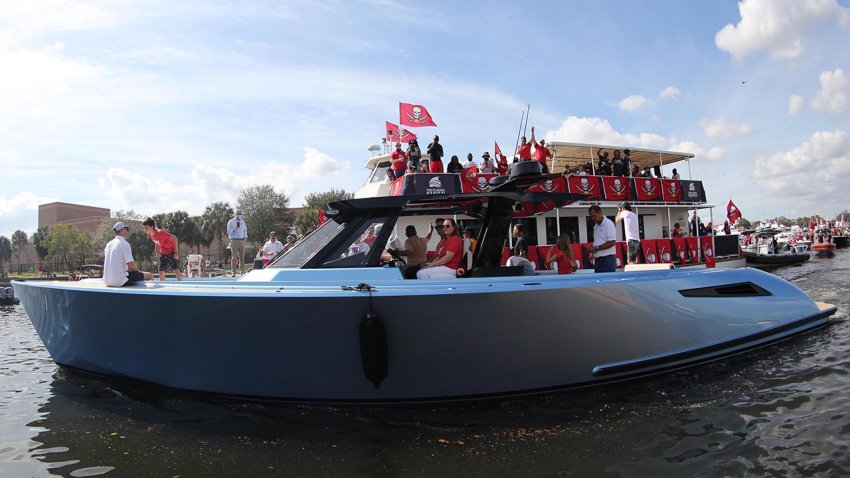 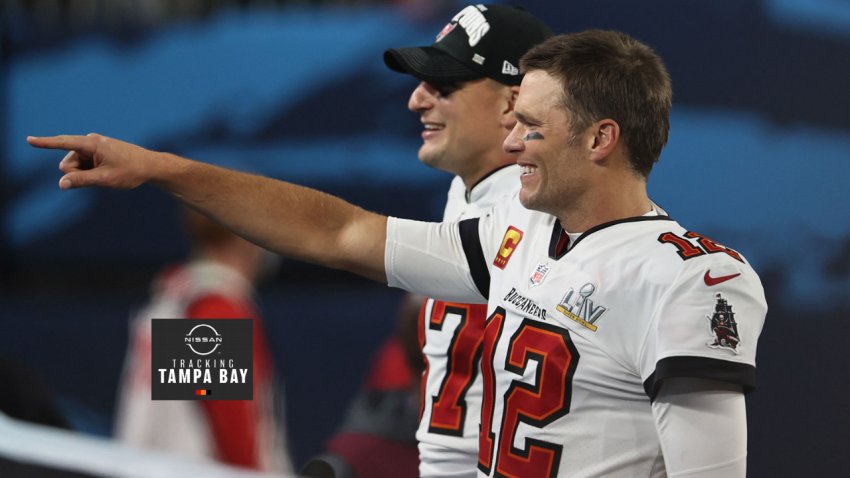