Red Sox starter Eduardo Rodriguez walked off the mound with a six-run lead and a message for Carlos Correa and the rest of the Houston Astros: Now, it's Boston's time.

One game after J.D. Martinez and Rafael Devers each hit grand slams, Schwarber hit a second-inning 3-0 pitch 430 feet into the right field grandstand. Boston is the first team ever with three slams in a postseason series.

Martinez and Devers each homered again, Christian Arroyo also hit one, and Kike Hernandez had two more hits for Boston, which could advance to the World Series with victories at Fenway Park in Games 4 and 5 on Tuesday night and Wednesday. The Astros need to win at least one to send the series back to Houston.

Fans lucky enough to be at Game 3 of the ALCS were thrilled — many had traveled hours to get there!

Rodriguez gave up five hits, including Kyle Tucker's three-run homer, and struck out seven. He retired Correa to end the sixth and reminded the Astros shortstop that one win is not enough — a move that earned a reprimand from Boston manager Alex Cora, celebrating his 46th birthday.

The Red Sox had 11 hits in all, becoming the first team in major league history to reach double digits six straight times in a single postseason. Hernandez has 18 hits during the playoffs and is batting .500, both leading the majors.

Capitalizing on two Astros errors and the struggles of Houston starter Jose Urquidy, the Red Sox opened a 9-0 lead for the second game in a row.

Rodriguez, who missed all of last season with COVID-related heart problems, retired the first six batters before running into the trouble in the third, when Tucker made it 9-3.

Game 3 of the ALCS will be at Fenway Park Monday night in Boston, and fans are ready. Some headed to the team store Sunday to grab more merchandise for good measure.

To the delight of the Fenway fans, who targeted him with profane chants for his role in the Astros 2017 cheating scandal, Jose Altuve struggled at the plate and in the field.

A Gold Glove and AL MVP-winner, the three-time batting champion went 0 for 4 and let Arroyo's chopper bounce off his chest for an error with the bases loaded in the second inning. One batter later, Schwarber hit Boston's third grand slam in 11 innings.

The Red Sox, who only had three grand slams during the regular season, matched the 1998 Atlanta Braves as the only clubs to hit three in a single postseason. Boston has 20 homers this postseason, matching the 2004 Astros for the most through the first eight games of the playoffs, per MLB.com.

Altuve also waved at a throw from Martin Maldonado on Hunter Renfroe's stolen base in the third; the error went to the catcher. The throw to third was also wild, but the Astros were saved another error when the ball missed the dugout and bounced off the padding back toward the field.

Astros: Manager Dusty Baker said outfielder Jake Meyers, who injured his left shoulder crashing into the wall in Game 4 of the Division Series, is doing better and could start as soon as Tuesday.

The teams play Game 4 on Tuesday night. The Red Sox are expected to rely on Pivetta, who was 9-8 with a 4.53 ERA in the regular season. Houston will call on RHP Zack Greinke, with RHP Cristian Javier ready to follow the veteran. Greinke has been limited over the past two months due to a neck issue and a positive COVID-19 test.

More on the Red Sox-Astros 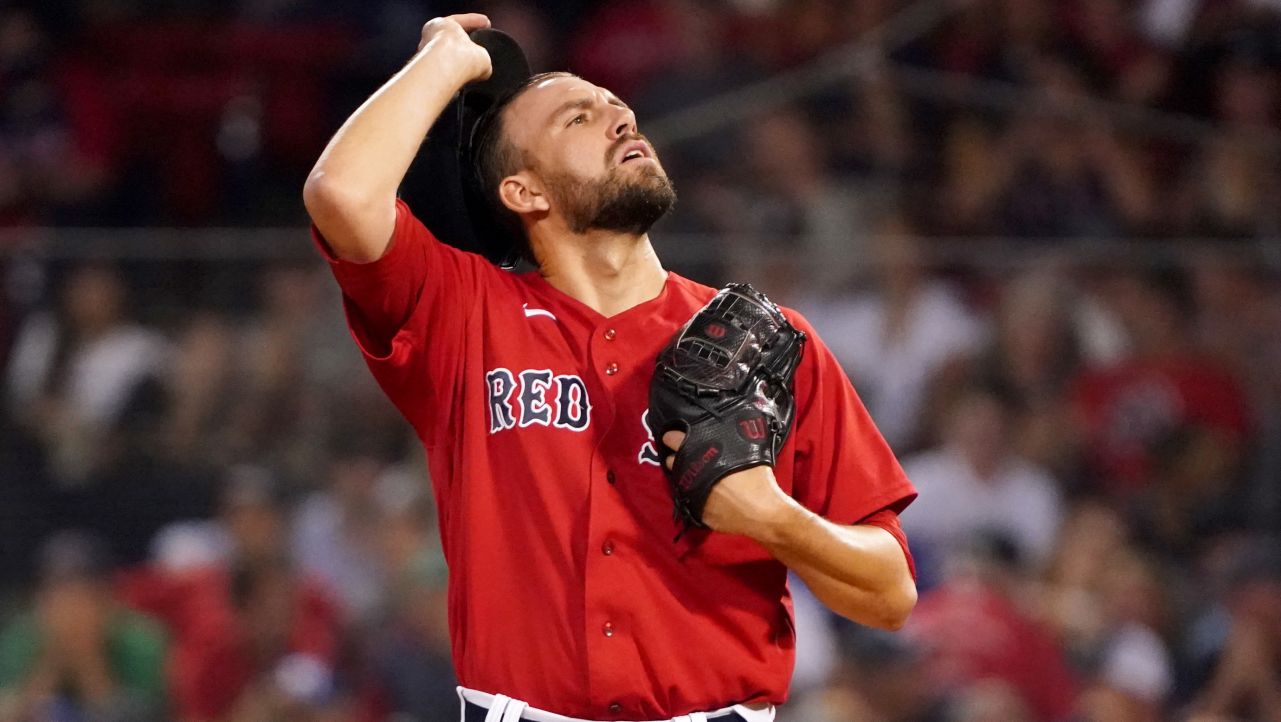 Boston defeated Houston 9-5 Saturday night in dominant fashion with two grand slams in the first two innings. Fans in Boston were in high spirits following the win and some say the Sox are going all the way!
Copyright AP - Associated Press