Established in 1972, Title IX prohibits discrimination on the basis of sex in any education program or activity receiving federal funds, such as student financial aid

Financially challenged schools considering cutting sports in the wake of the coronavirus pandemic are making difficult decisions of who gets to keep playing and who doesn't.

The choices aren't just about money when they involve women's sports. And while Title IX doesn't prevent women's sports from being eliminated, the federal law is a huge part of the conversations.

“I wouldn’t say that women’s sports are more at risk,” said attorney Timothy J. O’Brien, who is based in Maine with a practice focused on employment and college sports law. “I would say that all sports in an economic downturn will be scrutinized. But it should be done in a fair and equitable manner so at the end of the day the institution is compliant with Title IX.” 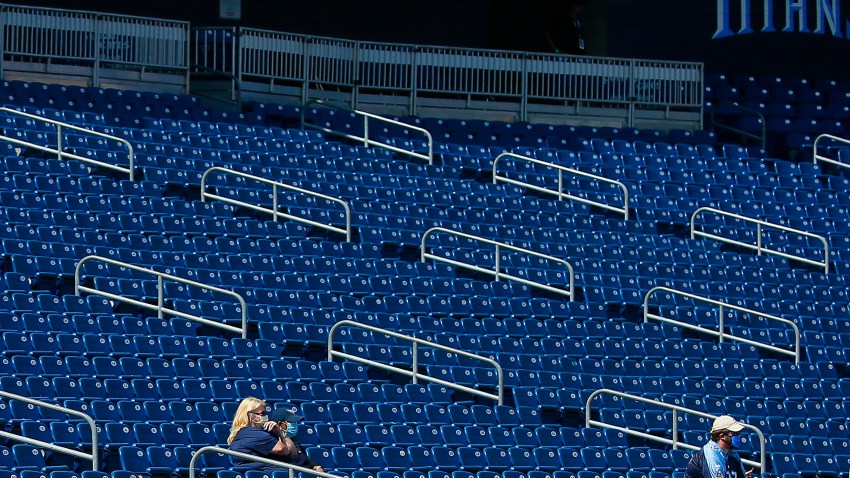 The civil-rights law, which applies to each gender, is credited with expanding women’s opportunities and participation in sports.

With the shutdown of college and professional sports in March amid the pandemic, it’s unclear how many schools will be able to have sports on reopened campuses this fall. Some – including Appalachian State, Cincinnati, East Carolina, Furman and Old Dominion – have already cut non-revenue sports programs, but any move must ensure equitable treatment of remaining men’s and women’s athletics programs to comply with Title IX.

Established in 1972, Title IX prohibits discrimination on the basis of sex in any education program or activity receiving federal funds, such as student financial aid. It applies to sports by ensuring men and women have equitable participation opportunities, as well as access to scholarships.

“Title IX still applies," said Judge, who focuses on sports and civil rights law. “It’s a federal law that still applies. It’s not suspended because there are financial challenges for the institutions.”

Schools are reviewing guidelines with college athletics facing an uncertain financial future – including big-budget programs that rely on football as the revenue driver through lucrative TV deals and the ability to fund lower-profile sports. There was also the hit from the cancellation of the NCAA Tournament, which meant far less money distributed to Division I schools.

O’Brien, who joined Judge in co-authoring the NCAA gender equity manual, said schools are “keenly aware” that decisions can’t be based solely on which programs cost the most money with the least return. That’s because any decision to cut sports can affect the “delicate balancing act” in complying with Title IX when it comes to the school’s gender breakdown of athletes and sports, he said.

Still, it doesn’t mandate schools offer men’s and women’s programs that are mirror images. As an example, NCAA guidelines require Football Bowl Subdivision schools to sponsor at least 16 varsity sports with a minimum of six for men or mixed-gender teams, and eight for women.

O’Brien said compliance can be measured in multiple ways, including whether the overall sports program’s gender breakdown is proportionate to that of the general student body.

“That’s really the focal point of the analysis: what’s left, not what was eliminated?” O’Brien said.

Like O'Brien, Judge does not believe women's programs are at more risk because it “would be difficult” for schools to comply with Title IX while widely cutting women's sports. So far, they’re right; more men’s programs (16) have been cut than women’s (four) in Division I as of Tuesday, according to a count by The Associated Press.

Old Dominion said in early April it would discontinue wrestling, saving about $1 million. The school said that decision followed a six-month outside study of its athletics program that included Title IX compliance considerations, with athletics director Camden Wood Selig saying the decision to cut a sport “became even more clear” with the pandemic.

Later that month, Cincinnati eliminated a men’s soccer program in existence since 1973.

And Tuesday, Appalachian State cut men's soccer, men's tennis and men's indoor track and field in a plan to reduce the budget by $5 million for the 2021 fiscal year.

There are other financial considerations, too.

Wake Forest athletics director John Currie noted that non-revenue sports frequently have athletes on partial scholarships, meaning a team roster could have the equivalent of numerous athletes paying full tuition. So cutting a sport might reduce expenses for an athletics department yet cause a net revenue loss for a school more broadly.

It’s just one example, he said, of detailed evaluations any school must make while also fulfilling its Title IX requirements.

Meeting that threshold is not optional, though Currie noted a harsh reality: “Not every school can be everything to everybody.”

“Allocation of resources is among the most difficult decisions that leaders have to make, and the prioritization of how they’re going to allocate those resources,” Currie said. “Because there’s lots of great things we could do. We can’t do everything, if we want to do things in an excellent fashion.

“Despite what people want to believe, college athletics as a whole is an enterprise with some business principles. It’s not a business, because there’s no business that operates a predominant number of its programs at a net loss.”