This is the second Olympic Games for the 25-year-old South Carolina native, and this time she has her eyes set on a gold medal.

“I want to bring that gold back to Charleston,” Saunders told the Post and Courtier in an interview before heading to Tokyo.

Saunders' rode to Tokyo was anything but a joke. Her path to success has been interspersed with bouts of depression and thoughts of suicide, something she has spoken candidly about for years in the hopes that speaking out about her experiences will help others. 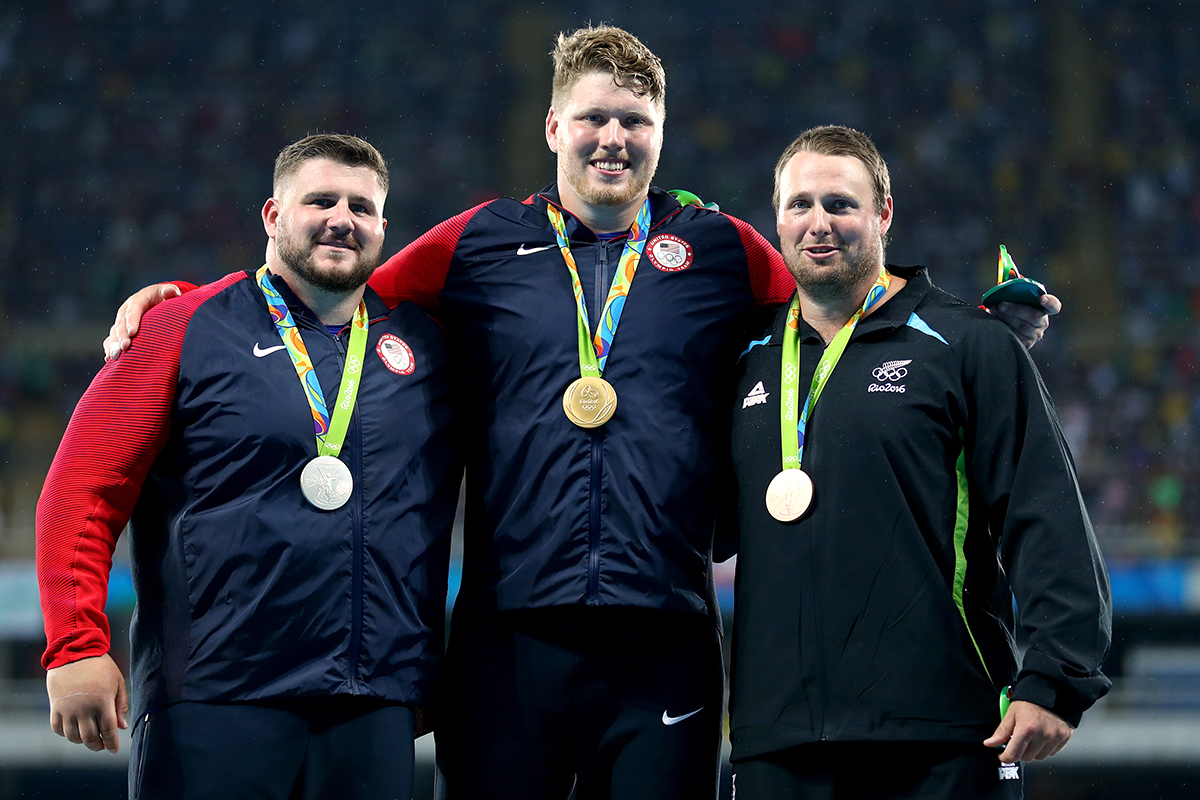 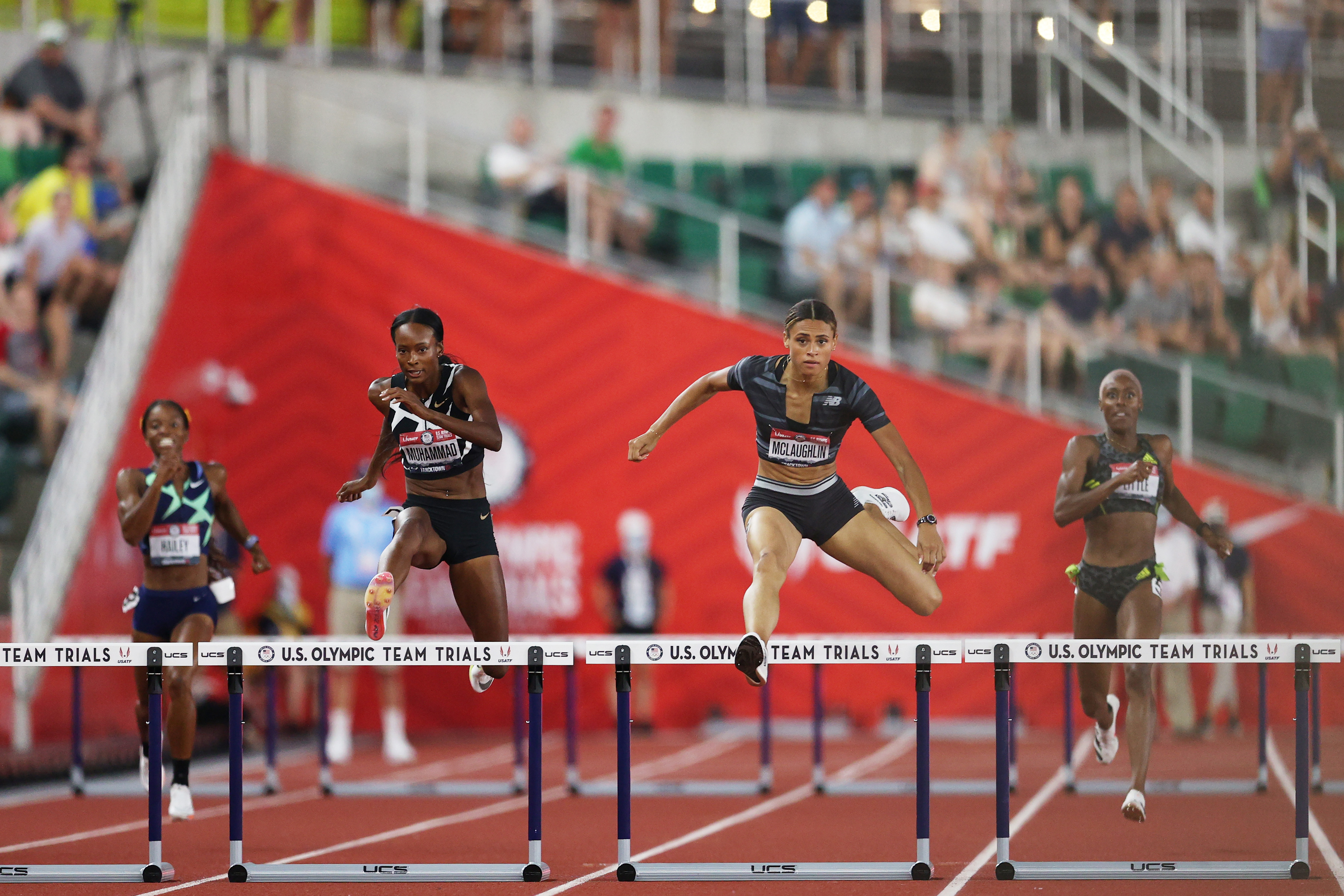 Who is Raven Saunders?

Saunders was born and raised in Charleston, South Carolina, and grew up playing basketball before taking up track and field after she "stopped growing."

While at Southern Illinois and then the University of Mississippi, Saunders' college career highlights include being a four-time NCAA champion, three-time SEC champion and seven-time All-American. She left Ole Miss in 2018 to deal with "personal and medical issues."

In 2016, Team USA called on the then 21-year-old to join the Track and Field squad for the Rio Olympics.

"I loved every single bit of it," she recalled in a recent interview. "I remember walking into the Opening Ceremony and I was like, ‘Yeah, I’m here. I’ve arrived, I belong here.'"

She placed fifth in the Olympic shot put competition, with her final throw of 19.35m.

Despite not making the podium, when Saunders returned to the U.S. from Rio, she was greeted with a parade in her hometown of Charleston, South Carolina.

Charleston Mayor John Tecklenburg also declared Aug. 17, 2016 as Raven Saunders Day. It was an honor that came as a surprise to Saunders, who thought she was attending a meet-and-greet at her old high school before she received the surprise announcement, according to local reports.

Saunders qualified for her second Olympics donning a Hulk mask and a head of green-dyed hair.

“You don’t mess with the Hulk,” Saunders said at the Track and Field Olympic trials in Eugene, Oregon. “Because if you see the Hulk, you go the opposite way.”

She threw her personal best and broke a trials record. Her reaction sparked a viral social media moment as she looked into the camera and shouted, "Let’s go. Charleston, South Carolina. We’re here!”

Comedian and former "Saturday Night Night" alum Leslie Jones reacted to Saunders' celebration on Twitter, saying in a video, "She hyped. Did you see the guns on her?"

“The Hulk” was a nickname given to her in high school and Saunders has come to adopt it as a sort of alter-ego.

“It’s like a mixture of focus and anger and aggression and power, and I feel like that’s everything that shot put is,” Saunders told World Athletics of her alter ego in 2018. “Once I turn into the Hulk, it takes over.”

In Tokyo, Saunders debuted a new mask: the Joker. Wearing her Team USA singlet and oversized futuristic sunglasses, she also updated her hair color, adding purple to the left side of her head. The look, again, took social media by storm.

For more information on how to watch shot put at the Tokyo Olympics, how the competition works and who's competing, click here.

After returning stateside from the Rio Olympics, Saunders said she soon began to feel lost and empty.

Despite a lengthy list of accomplishments and an Olympic appearance — all by the age of 20 — underneath Saunders' strong exterior she was depressed.

"It was just a lot of pressures," Saunders told Olympics.com. "And also being quite young in my journey and seeing friends that were living the life that I wanted to have at that point, it just became a lot mentally weighing down on me."

By 2018, Saunders found herself in a dark place and contemplating suicide. She was a coin toss away from ending her life when she received a text from her therapist assuring her that she's "worth it" and pleading with her to "hold on."

Her assistant athletic director took her to a hospital "and then from there, I went to my first mental health facility and I got some help," she told Marie Claire in an interview. There, Saunders began to develop new tools for coping with stress and depression, as well as separating herself as a person from her achievements.

“They helped me to realize, you are not your sport. You’re Raven, that’s good at what you do. And being able to separate the two and being able to appreciate myself as a person and then myself as an athlete really opened myself up to being able to be truly happy,” she told Olympics.com. “Just focusing on myself for once, after having years and years of non-stop focusing on track, it was amazing, it was needed, it was a wonderful break. And it was a life saver.”

Saunders is now part of a generation of elite Black athletes who have taken their mental health into their own hands and spoken openly about their struggles.

She recently participated in a short PBS documentary for the Well Beings campaign, which works to destigmatize mental health struggles and to “create awareness and resources for better health for all.”

In it, she shares how she found the strength to face childhood trauma, celebrity pitfalls, and suicidal ideation to become a mental health advocate for athletes.