It's been a cloudy start to the weekend.

Fortunately, we’ll see the action coming to an end from south to north this evening and into the early night time hours.  Other than a few rain showers across the far north, mixed with snow across the higher terrain, the rest of the region will dry out with clouds on the decrease.

Lows will range from around 40 south, 30s colder spots, to the 30s north with a gusty northwest wind.

Sunday will feature sunshine along with some afternoon clouds and slightly cooler temperatures than Saturday.  We’ll still see the risk for pop-up showers, especially across northern New England, but most will be precipitation free.

A few wet snow flakes may also fly across the higher elevations. Winds will still be gusty out of the northwest making it feel a bit cooler than the actual temperatures. Highs reach the mid 50s south, mid 40s to 50 north.

The new work week starts off mild and mostly sunny with less in the way of winds.  As a matter of fact, much of next week is looking on the mild side with the chance for showers on Monday night into early Tuesday and again as we head into Thursday and Friday. 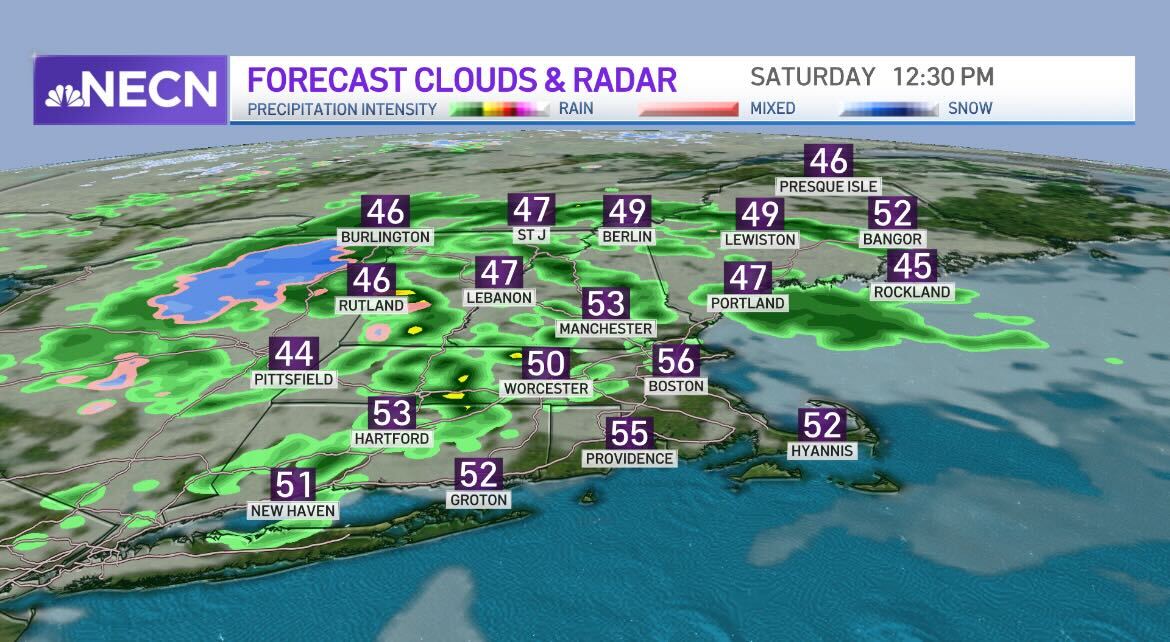 Weekend Weather Won't Be Ideal But it Won't Be Complete Washout 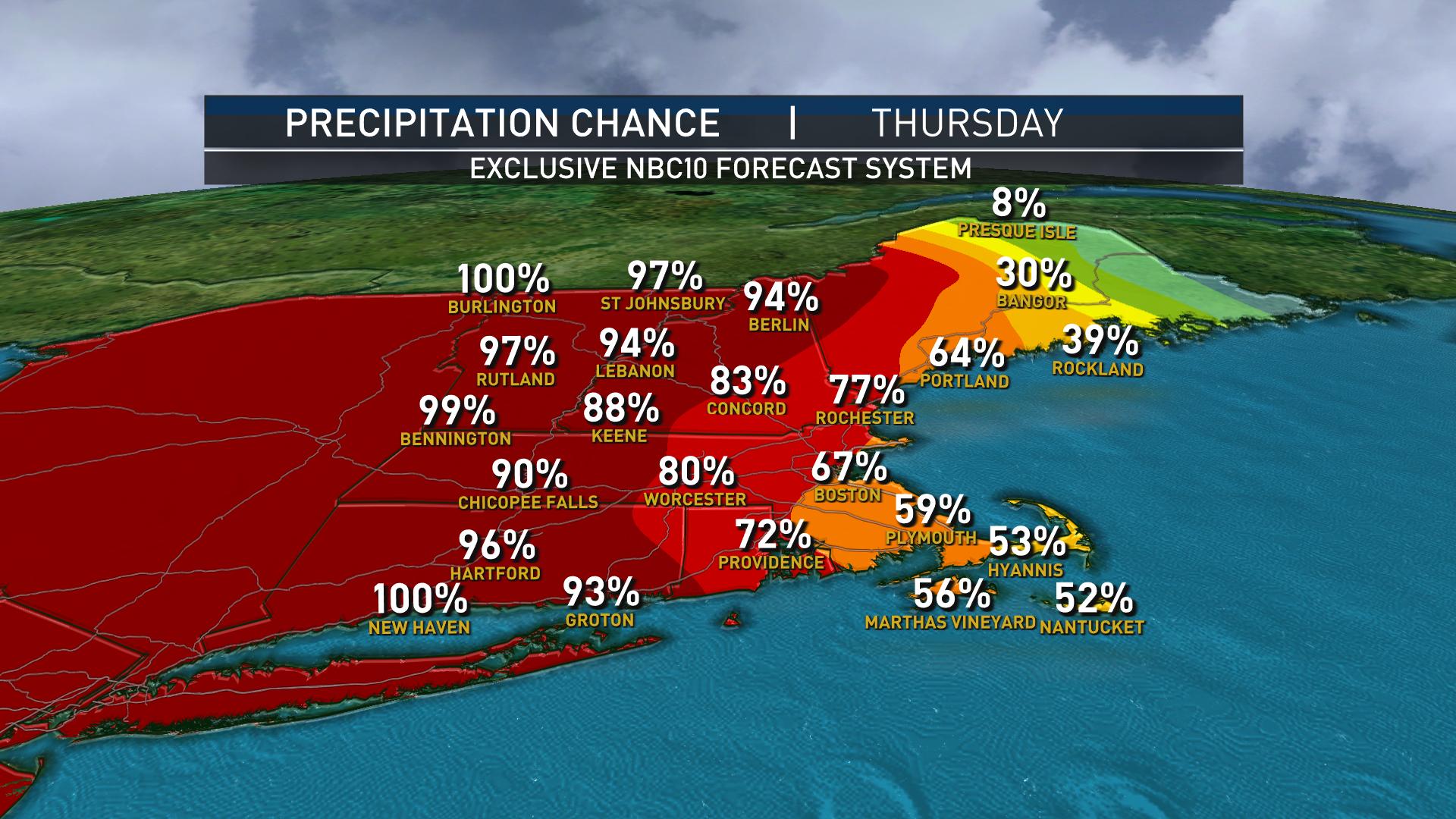