Conditions will deteriorate across Connecticut through the morning. Snow will lift into Massachusetts by late morning to early afternoon. Snowfall rates of 1 to 3 inches per hour will be likely for six to eight hours across the region.

Snow expands Monday morning with the South Shore getting steady snow by 7:30 a.m., followed by Boston around 8:30 or 8:45 a.m. The Merrimack Valley at the Massachusetts - New Hampshire border will see steady snow by around 11:45 a.m. as the storm advances north.

The speed limit on I-90 eastbound and westbound between the New York border and mile marker 55 in Ludlow has been reduced to 40 mph due to the weather, according to a spokeswoman with the Massachusetts Department of Transportation, and the HOV lane will be closed Monday afternoon on I-93 between Boston and Quincy.

Pavement temperatures are below freezing throughout the state. MassDOT had 464 pieces of equipment deployed in ice and snow operations Monday morning, according to spokeswoman Jacquelyn Goddard.

The evening commute will be very difficult. As the air mass begins to warm up the precipitation will begin to let up. Temperatures warm into the mid 30s through the night and into Tuesday morning.

At the coast, showers or drizzle will be possible with snow continuing inland and across northern New England through Tuesday. Wraparound is possible well into the day Tuesday and Tuesday night. Additional light accumulations are possible.

Even Wednesday we may see some lingering effects from the storm system. Wind speeds may top 70 mph at the coast, but frequent gusts will reach 50 mph for most coastal locations. Coastal flooding will be an issue at times of high tide.

We'll catch a break in the activity for Thursday and it may last into Friday. After that, another active pattern will move in with a chance of rain and snow by the weekend an into the following week.

There are some similarities between this current storm and the storm next week. It is worth watching closely. It's too early to talk about precipitation type and exact timing. Stay tuned for more details.

Walsh urged Bostonians to take precautions on the roads and sidewalks, particularly during Monday evening and Tuesday morning commutes.

School districts across the region announced remote learning days, early dismissal and closures anticipating what the major storm will bring to the region. 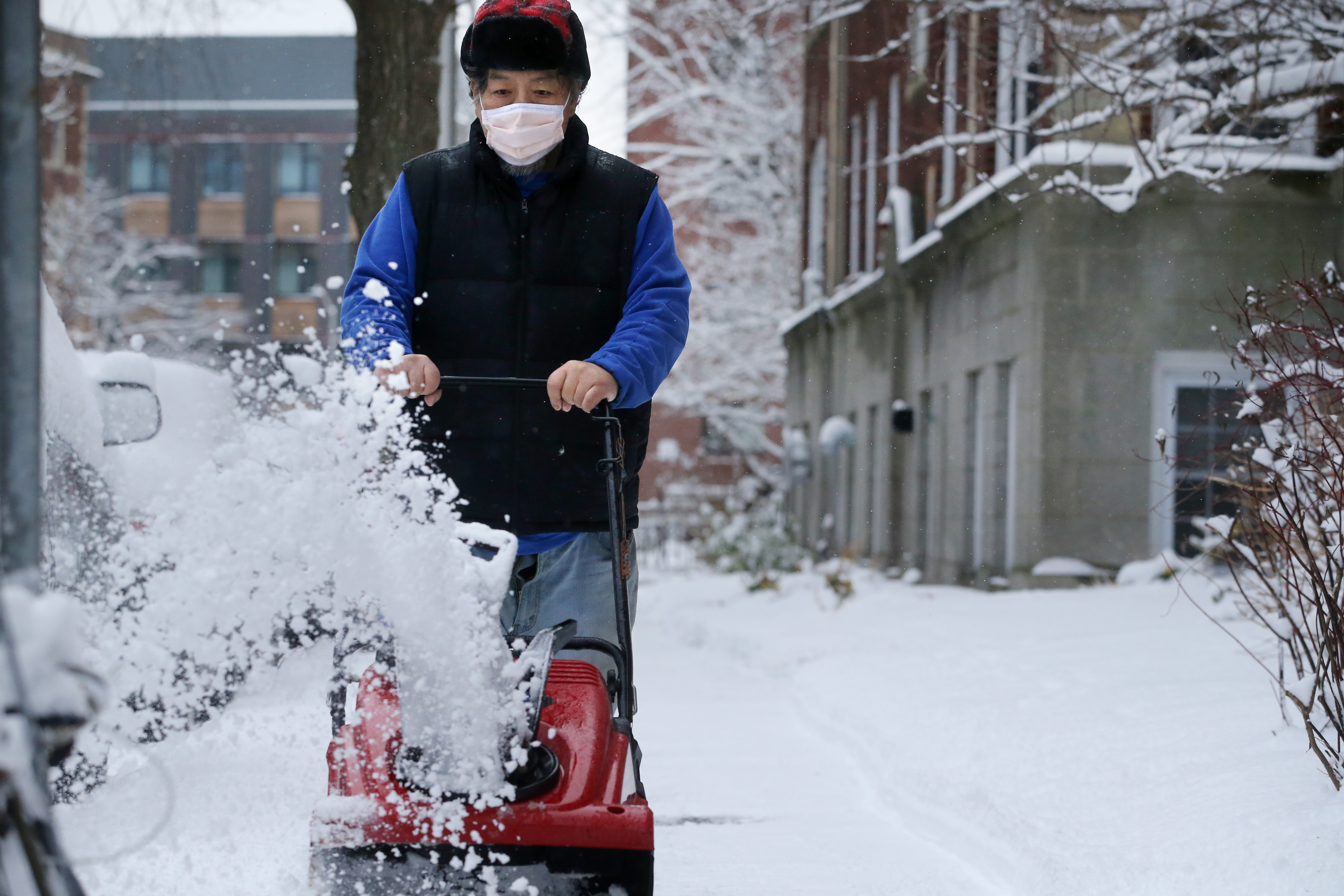