We have a First Alert situation Thursday morning with heavy snow in spots across central New England.

A fast-moving storm system is intensifying rapidly as it cuts from west to east across central New England with this band of heavy snow.

Snowfall rates of 1-to-2-inches per hour for a brief time are getting ahead of the plows a bit, especially from southern Vermont through southern Maine.

For most of the southern part of the region, we have a mix turning to rain as temperatures climb to near 40 degrees.

But areas that will stay near 32 degrees can anticipate snowfall accumulations of 2-to-3-inches in lower elevations, and about 8 inches in higher elevations are expected.

For parts of southern and eastern Maine, the snow may not end until late in the day. And even in parts of southern New England, we may see a snow shower or squall later as the wind picks up from the northwest this afternoon.

We all dry out and turn cold and windy Thursday night. The storm that is exiting is intensifying rapidly and slowing down over the Canadian Maritimes, where at a blizzard is in the works. To our west, a powerful and frigid high-pressure system is moving across the northern plains 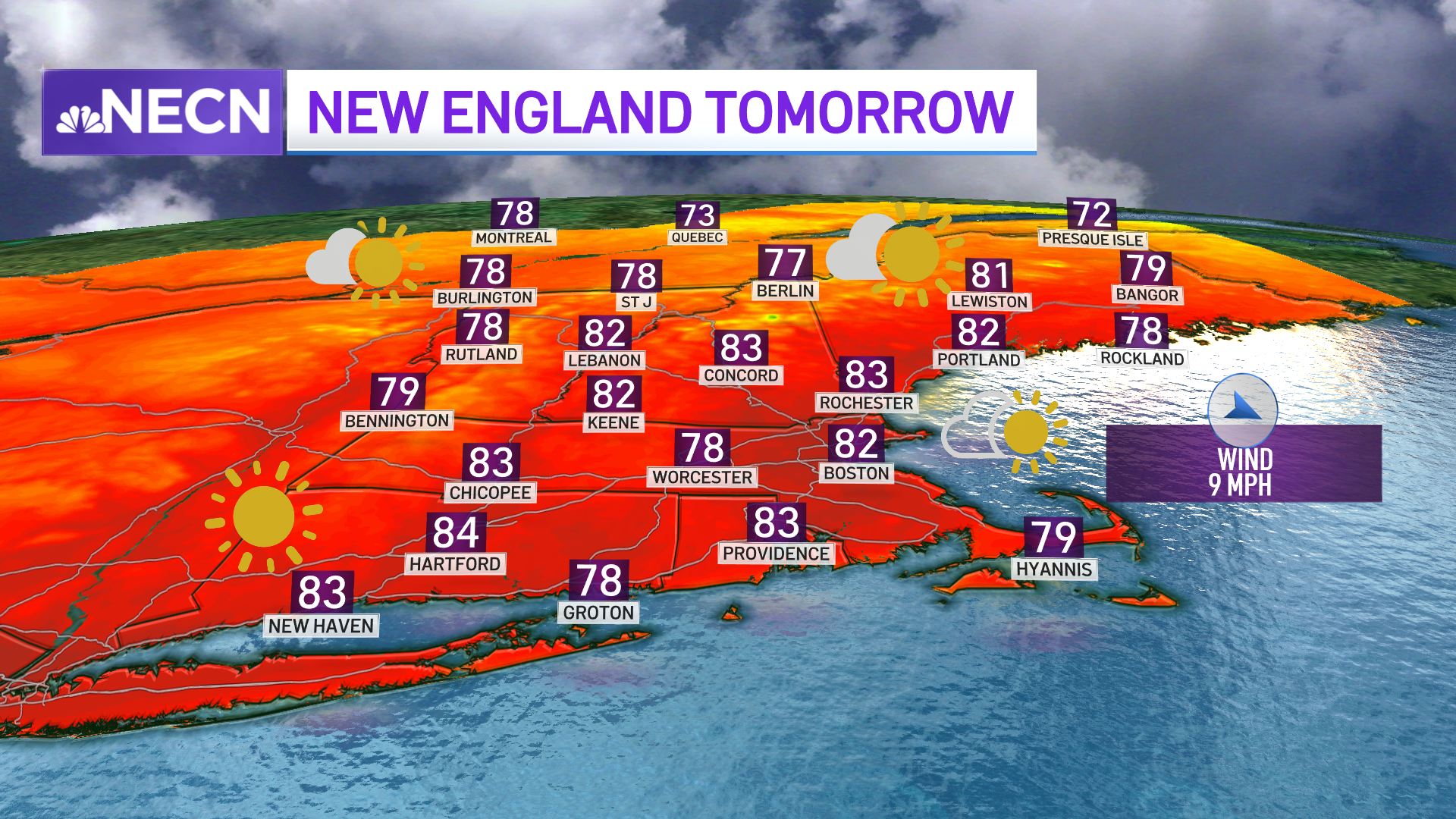 In parts of Minnesota, the wind chill factor is near 30 below zero. This air will be modified as it comes into New England, but it looks like the coldest wind chill factor of the season moves in Thursday night.

Low temperatures by on Friday morning will near 0 degrees at the Canadian border and close to 20 degrees at the south coast. Wind that is gusting past 30 mph is creating a wind chill factor below zero for many.

There’s plenty of sunshine Friday with a high near 10 degrees north, and 15 to 25 degrees south.

Saturday starts off with some sunshine and very cold air, many spots near 0 degrees. Then, clouds race in with snow developing in western New England by 2 or 3 p.m. That snow advances to cover all of the region by about 7 p.m. with snowfall rates of 1-to-2 -inches an hour for a short time.

Low pressure Saturday night tracks across the northern half of our region. That means we will have warmer weather turning from snow to rain for much of southern New England and snow will continue up north.

The system will likely only bring 5-to-10-inches for Vermont, New Hampshire, and Maine. Meanwhile, a few inches are likely in southern New England.

Regardless of what is on the ground early Sunday, we will have a refreeze Sunday afternoon since a low-pressure system exits and another frigid air mass moves into the region in the beginning of next week.

Monday will be a lot like Friday, with temperatures near 10 degrees north, 20 to 25 degrees south and with a gusty wind. Next week stays cold, with more action likely late in the week as seen here in our First Alert 10-Day Forecast.