Here's What to Expect from the Weather in January

As far as storms go, a similar setup to December is likely

Last month, our First Alert December monthly forecast predicted warmer and wetter than normal conditions for New England with a classic “La Nina” weather pattern governing weather in the Lower 48.  In someplace like Boston, the average temperature of 36 degrees in December of 2020 was about 1.3 degrees warmer than normal and the 5.67 inches of precipitation was nearly two inches wetter than normal.  So…what does January hold?

The most important part of predicting monthly weather is accurately assessing where the jet stream – the fast river of air high in the sky that steers storms and separates warm to the south and cold to the north – will set up in the weeks ahead.  At this point it looks like North Pacific warmth will continue to produce a ridge, or bump, in the jet stream over the West Coast, ushering in storms to the Pacific Northwest with plenty of rain and snow there, but drier than normal conditions under the heart of the ridge, extending east into central and southern California where fire danger will grow again this month.

Much like we predicted in December, the equal and opposite reaction to the West Coast ridge will be a trough – a dip – in the jet stream over the Great Lakes that will encourage storm growth along the eastern seaboard.  This pattern will likely bring a similar setup to storms in December, but with cold naturally building more in Canada, the trough may dig just a bit deeper into the eastern United States, affording the opportunity for storms to develop from the Tennessee River Valley to the Mid-Atlantic and the waters south of New England.

This setup would favor above normal precipitation from the Mid-Atlantic to central and southern New England, though admittedly is a bit tenuous depending upon average storm track…which could deviate a bit farther south given the jet stream setup.  What I think will preclude too many southern “misses” (storms sailing out to sea entirely) will be the lack of deep cold air.

The lack of deep cold air, overall, in January stems from the same La Nina setup that we referenced in our seasonal winter forecast back in the fall – the active flow of storms off the Pacific and into the Pacific Northwest naturally lends the Lower 48 to warmer or much warmer than normal temperatures as the repeated counter-clockwise flow around each storm carries relatively warm Pacific air east.

Of course, a lack of deep cold in the United States doesn’t mean a total absence of cold air – it can be warmer than normal in the northern tier of the country but still cold enough for snow! 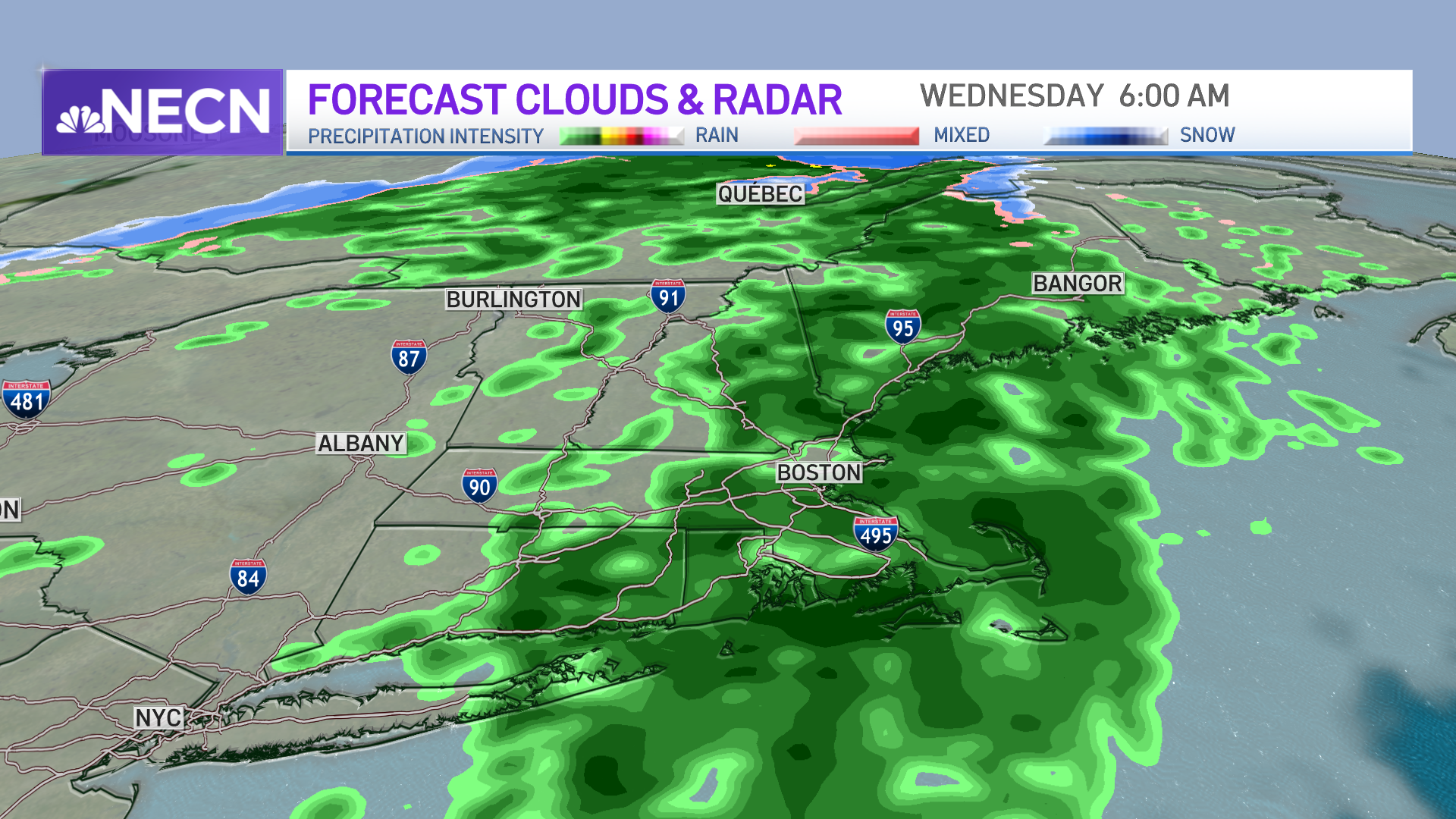 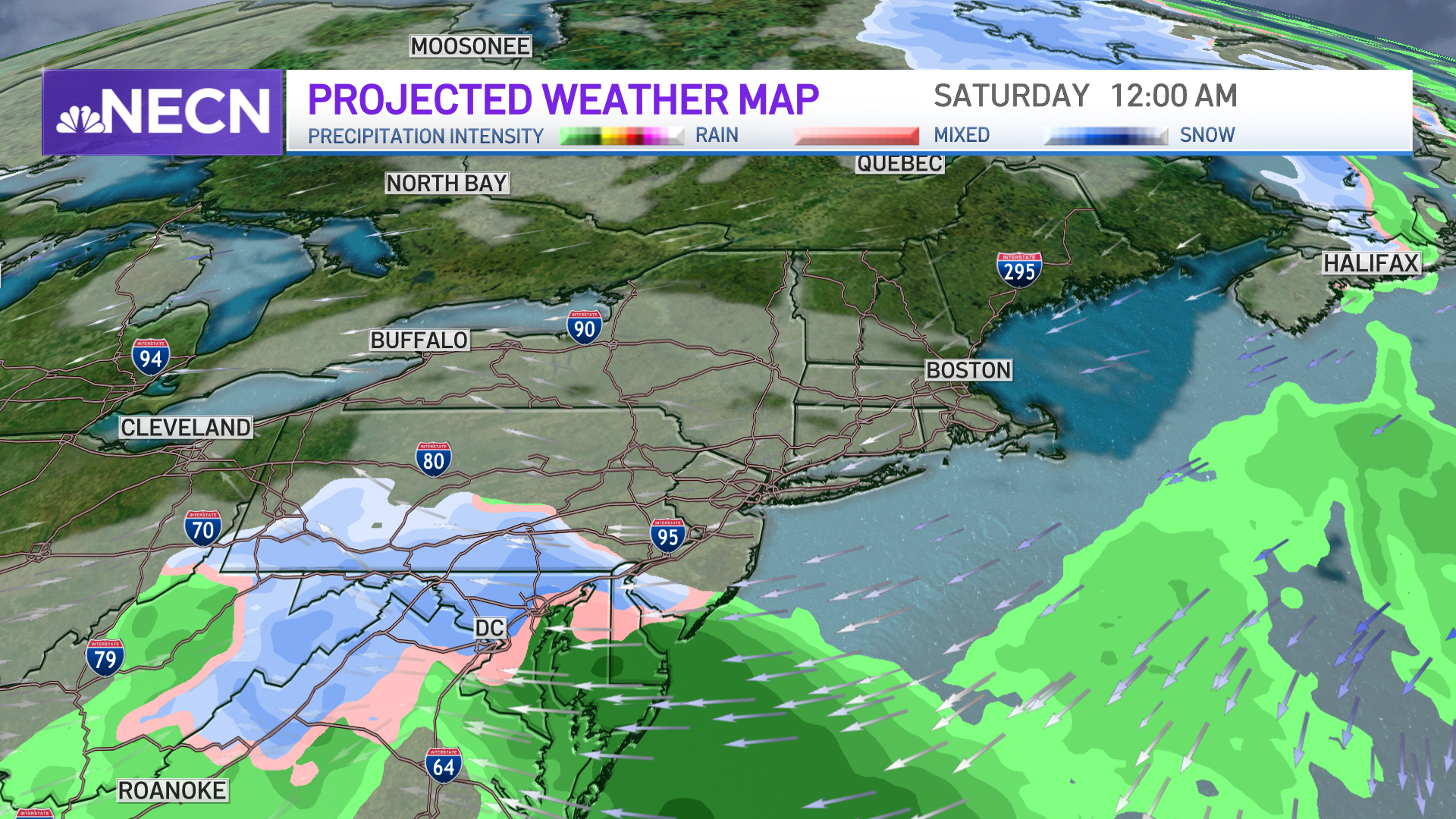 So…with the absence of deep cold coupled with the storm track mentioned above, this makes it hard for any huge cold and dry air masses to deflect storms south of the northeast corridor, making it more likely that episodes of snow, mix and, with the limited cold, rain will buzz through the Mid-Atlantic and New England over the month…perhaps, like December, not a frequent barrage of storms but each one carrying ample moisture, particularly as each storm strengthens as it crosses the eastern seaboard and picks up Atlantic moisture.