Messy Storm Moves Out Just in Time for First Night

Some breaks of sun are possible during the day

Our messy storm is shipping out just in time for New Year’s Eve, with Tuesday morning light rain and deep inland mix easing for drier conditions from mid-morning onward.

Some breaks of sun are possible during the day, particularly during the afternoon, though won’t be the focal point of the day. Remarkably mild air began the day for places like 50-degree Nantucket.

This air will push temperatures to between 45 and 50 degrees for much of the immediate Boston area and points southeast, with northern and western suburbs a bit cooler but certainly mild enough for melting.

Nonetheless, First Night plans will call for the winter shoes for most of us with either wet or messy sidewalks depending upon the community, and we’ll dress for a brisk breeze with a light winter chill of wind chill values 25 to 30 degrees, while actual temperatures closer to 40 degrees are offset but a steady southwest breeze.

The southwest wind comes ahead of an approaching cold front that will trigger some scattered snow showers and flurries New Year’s Eve between early evening in northwest New England and closer to midnight for eastern areas. These will be capable of creating a slick spot or two but are also likely to be scattered enough to preclude any significant impact aside from keeping drivers alert for a slick spot or two.

The new air behind the passing cold front won’t be much colder, so Wednesday brings sunshine and highs in the 40s, 30s north, with another dry and bright day Thursday.

The next storm system to impact New England will be a strong one, but with the heart of the storm tracking through Southern Canada, mild air and rain showers are in the forecast Friday and Saturday here at home, clearing out for a better Sunday. 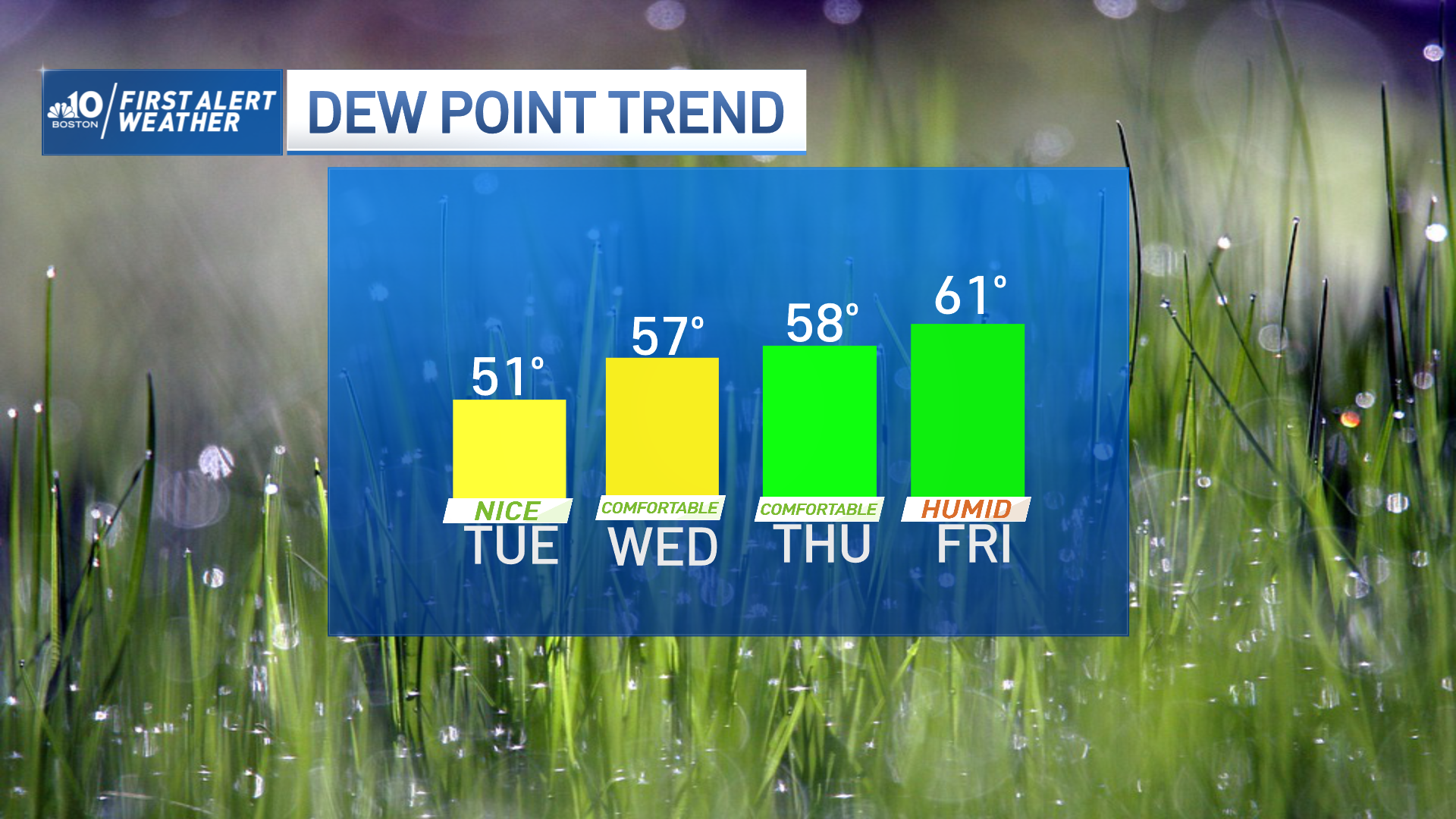 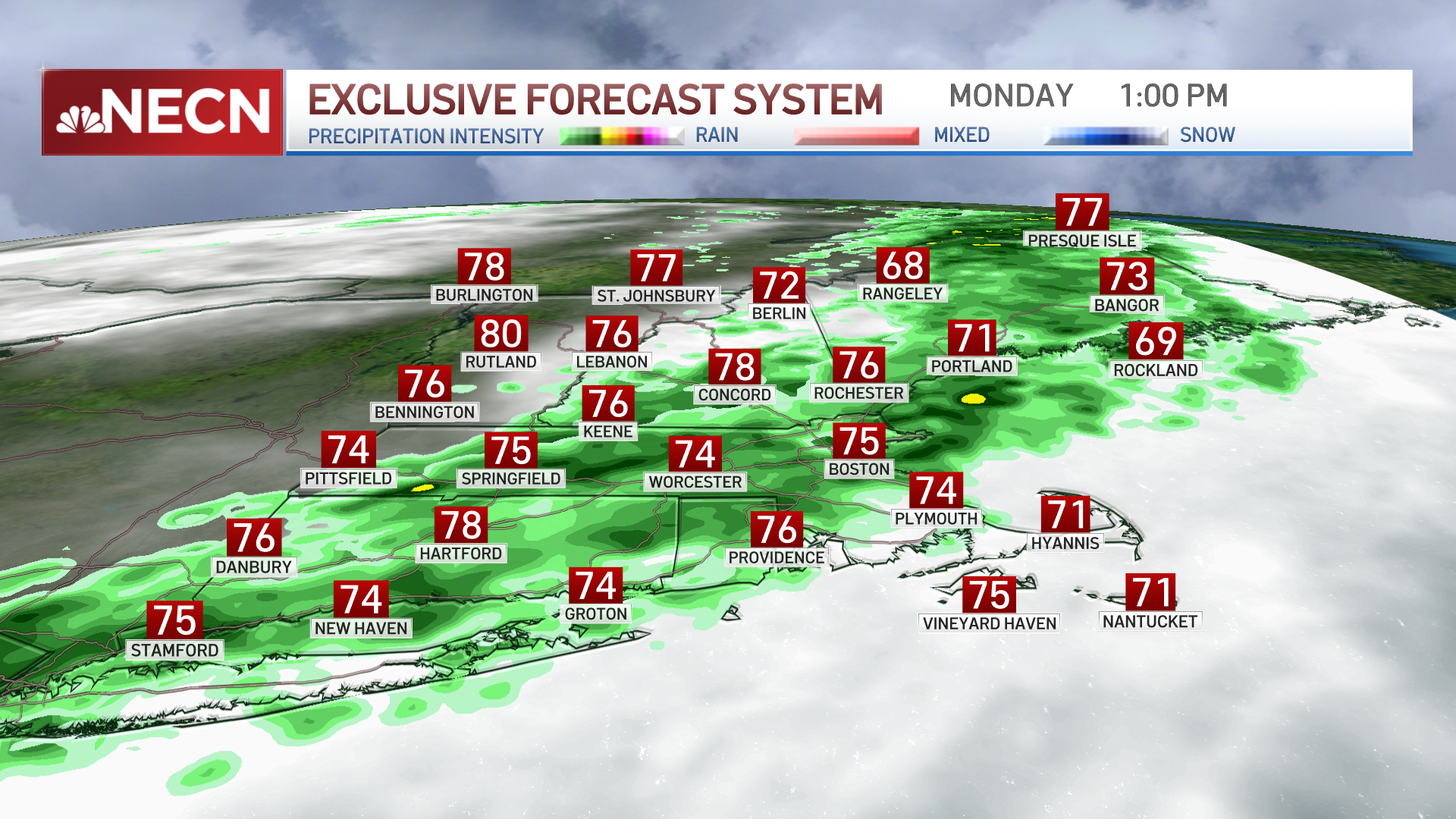 A shot of more meaningful cold air remains in the exclusive First Alert 10-day forecast and very well may lead to a winter storm next Tuesday or Wednesday. We’ll keep you posted.