Severe weather warnings, including an earlier tornado warning for Southern Coos County, have been lifted as of 9 p.m.

Warnings of severe thunderstorms stayed on for several hours across the three states, with the latest expiring by 9 p.m.

An earlier tornado warning had been issued for Southern Coos County in northern New Hampshire, but expired before 7:45 p.m.

The same high-pressure system that brought the cold air in the last few days has moved off to the south and is generating a strong wind from the south, sustained at 20 to 25 mph but stronger especially around Cape Cod and the Islands where we may have gusts past 50 mph -  causing some spotty damage and power outages.

In addition the combination of ongoing dry weather along with the strong wind and low relative humidity, the National Weather Service has issued a red flag warning for Southeastern New England. That means that any sparks from cigarettes or the like - can generate a fire that can grow out of control very quickly.

Another thing we have to watch out for today is the thunderstorm threat in northern New England toward dinner time. A severe thunderstorm warning has been issued for Vermont until 9 p.m. Winds are expected to reach up to 70mph in some parts. 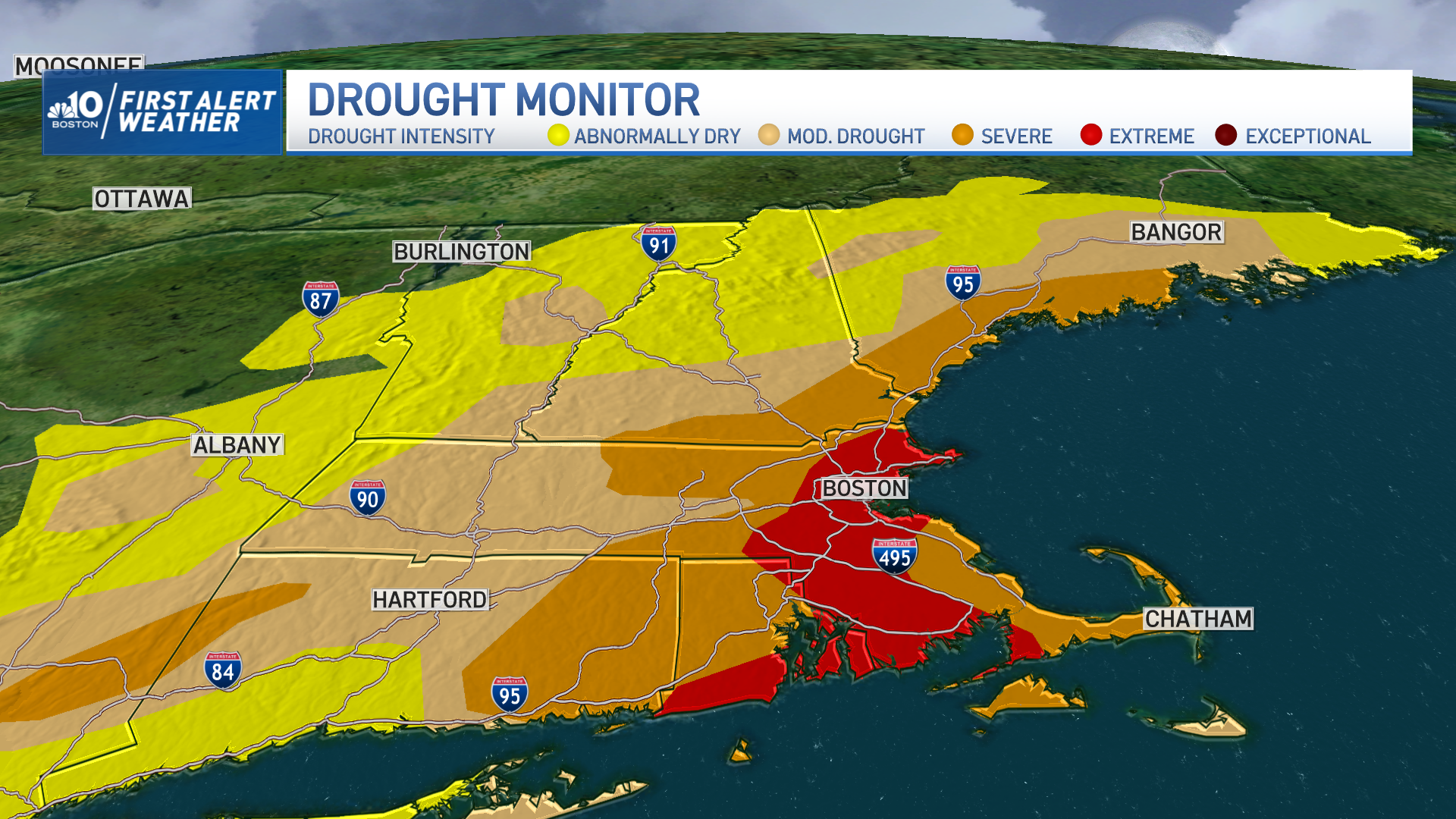 Strong low pressure is crossing Quebec, it will push a cold front into northern New England and we may have some thunderstorms that generate winds of 55 to 65 mph. The greatest threat is from central Vermont to western Maine between 4 and 8 PM.

Thunderstorms will diminish to showers in Central New England overnight, and then the front will come through the south coast area without any precipitation late tonight.

Another very strong and cold high-pressure system will move in tomorrow with blue sky and high temperature in the 50s to low 60s. Much less windy, from the Northeast 10 to 20 mph.

The remnant moisture from hurricane delta will merge with that front we just talked about, as it moves back as a warm front Monday.

Wind will increase from the east and temperatures will fall into the 50s with the rain advancing from Southwest to Northeast.

We also have another front coming at us from the Midwest, the combination of all these different weather systems may keep the rain coming on and off into Tuesday. That means parts of New England may see inches of rain next week.

The cold air of Monday will rebound back to near 70° mid week, before cooling with another front late week into next weekend, as seen in our first alert 10 day forecast.