In what it described as a “sobering statistic,” a DCR-commissioned report assessed the health of nearly 10,000 trees along 14 parkways. A high percentage of trees rated poorly, which one arborist said can present a risk to the public.

When we bumped into Jack Flanagan along VFW Parkway and told him we were working on a story about the health of the historic trees, his eyes lit up.

Flanagan told us to hang tight as he ran into his home and retrieved his iPad. When he reemerged, he showed us photos of a tree that fell into his driveway and caused $8,000 damage to his car in June 2020.

“Luckily, it didn’t hit the house, because it would’ve wiped it out,” Flanagan said.

The West Roxbury resident of more than 30 years then asked if he could take us for a drive. As we cruised down VFW Parkway in his car, Flanagan repeatedly pointed at dead branches, large cracks in trunks, or fungus growing at bases and asked, “Does that tree look healthy?”

There is a reason Flanagan is on edge. Aside from the large tree that toppled near his home, Flanagan has observed several other trees fall around the neighborhood in recent years. And he thinks it’s only a matter of time before the next one goes.

“The DCR knows they have a tree problem, but they won’t cut the trees down,” Flanagan said.

So, is he right? Does the Department of Conservation of Recreation have a problem with the towering trees that straddle historic parkways traveled by thousands of drivers and enjoyed by pedestrians every day?

We first started looking into the topic when a co-worker at NBC10 Boston saw a large tree that fell and blocked lanes of traffic along VFW Parkway on a calm summer day. We asked what caused the tree to fall and how often the parkway trees are inspected.

After nearly a month — and numerous follow-up emails — a DCR spokesperson said the tree “may have been dead or dying based on a multitude of factors.”

The agency’s response also said management of the 400 lane miles of parkway trees is handled by a contractor, but did not address our inquiry about how often the trees are inspected and when the last review of VFW Parkway trees occurred.

Around that time, we obtained a copy via public records request of a DCR-commissioned 2019 report that assessed the health of about 10,000 trees along 14 different DCR parkways.

In its summary, the report concluded that only 2% of the trees could be assessed in “good condition.”

“This is a sobering statistic,” the report said.

“Tree pruning is badly needed throughout all 14 parkways prioritizing addressing hazardous conditions first and following with the removal of dead wood,” the report said. “Most of the trees are high priority because they grow in a target-rich environment.”

Russell Holman, an arborist of Arborway Tree Care and board member of the Massachusetts Arborists Association, met us on VFW Parkway to provide some of his own analysis.

As we walked around, Holman showed some of the warning signs of trees in distress: branches without leaves, hollow spots in the trunks and “bacterial ooze” seeping from the bark.

Holman explained that trees along parkways need extra attention because they battle a number of different elements like vehicle collisions, soil compaction, gypsy moth infestation and road salt during the winter.

“It is concerning when you see that many trees in poor condition and not getting the attention they should be getting,” Holman said.

The arborist said pruning the dead wood out of trees can dramatically improve their health in many cases. However, Holman said in some cases, it is time to cut your losses.

For example, the DCR report singled out one tree on VFW Parkway for what it described as a “high risk, priority 1 tree designation for removal.” We found the tree — with the tag #3818 — still standing in the median.

“I’m very surprised that tree is still here,” Holman said. “These can present a risk to the public.”

We repeatedly asked DCR to discuss what steps have been taken in the two years since that report was complete. We also wanted to know how parkways are prioritized for pruning and removal.

While we did notice a contractor pruning trees along VFW Parkway on back-to-back days after our request, DCR has yet to grant an interview.

On Wednesday evening, DCR spokesperson Olivia Dorrance sent an email that said parkway trees are monitored on a nearly daily basis for visible signs of damage, disease and invasive pests by DCR staff and agency-hired contrators.

"If a tree is observed as needing attention, it is reported to various staff at DCR for further review," the email from Dorrance said.

Back in front of his West Roxbury home, Flanagan is still waiting for DCR to grind up the stump of the tree that fell 14 months ago. So he’s not optimistic the state agency will pick up the urgency level.

“What is going to take, a death or serious injury to say, ‘Geez, maybe we ought to do something?’” Flanagan said. 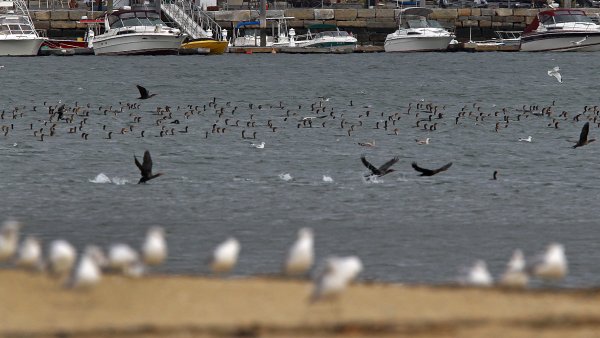 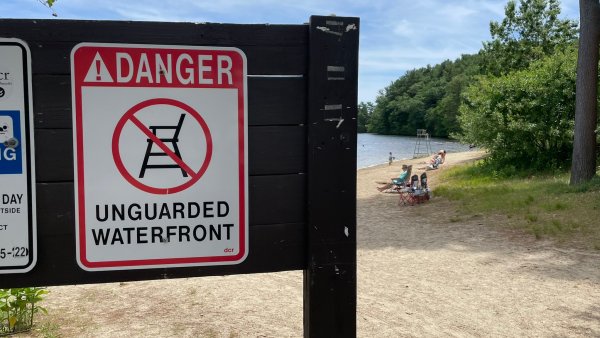