Some Boston businesses tried to keep their doors open to customers until city inspectors shut them down. Certain industries attracted more scrutiny, according to records the NBC10 Boston Investigators obtained

As Peter Janis sees it, when a customer goes through the tunnel at Jamaica Plain Car Wash, it isn't much different than buying a coffee in the drive-thru at Dunkin' in terms of human contact.

Janis believes the business transaction can be made safely amid the COVID-19 emergency. His staff also frequently sanitized equipment in the self-service bays like vacuums and hoses.

Like other car wash owners NBC10 Boston spoke with, Janis thought his family-run operation qualified as an essential business under state guidelines that allow for auto maintenance and repair work.

"That's the reason we stayed open and thought it was right to do so," Janis explained.

But earlier this month, Boston police and city inspectors suddenly showed up at the car wash. They wrapped tape around the equipment and slapped a “stop work” order on the building.

"I was surprised," Janis recalled of the scene.

He was not alone.

Records the NBC10 Boston Investigators obtained show Boston has shut down at least 40 businesses during the COVID-19 emergency.

"We've been trying to educate as many people as possible," said Dion Irish, commissioner of Boston Inspectional Services. "Some are a little confused and thought they could still operate."

One particular focus has been regulating construction work amid the pandemic, one of the more controversial industries because of heated debate whether work can be conducted safely on job sites.

Some are calling on Massachusetts Gov. Charlie Baker to suspend construction during the coronavirus outbreak.

Irish said inspectors conducted spot checks, but also fielded a lot of tips from the public.

There were 641 complaints in April for unpermitted work, or work exceeding the terms of a permit, which is an increase of more than 600 percent compared to April 2019.

Inspectors ran into repeat offenders when there were disagreements about what type of construction work should be deemed an "emergency" under the city's guidelines. Records show some sites were shut down multiple times.

"For the most part, we have good compliance. But there are always a few folks that take multiple efforts,” Irish said, noting that certain construction will commence on May 18 if they have approved safety plans.

For now, Irish said Inspectional Services has steered clear of fines, opting instead for education and an occasional stern warning from the city's building commissioner.

"People understand that we have significant authority not just during the crisis, but afterward," Irish said. "If you want to continue to do business in Boston, follow the rules. They are meant to keep everyone safe."

At Jamaica Plain Car Wash, Janis keeps the garage bays closed as employees perform behind-the-scenes maintenance on equipment. He hopes the car wash and other non-essential businesses will get the green light soon when Gov. Charlie Baker unveils the highly-anticipated phased reopening plan.

"It's tough because so many of us are going through the same thing," Janis said. "We are just trying to carry on and keep everyone paid." 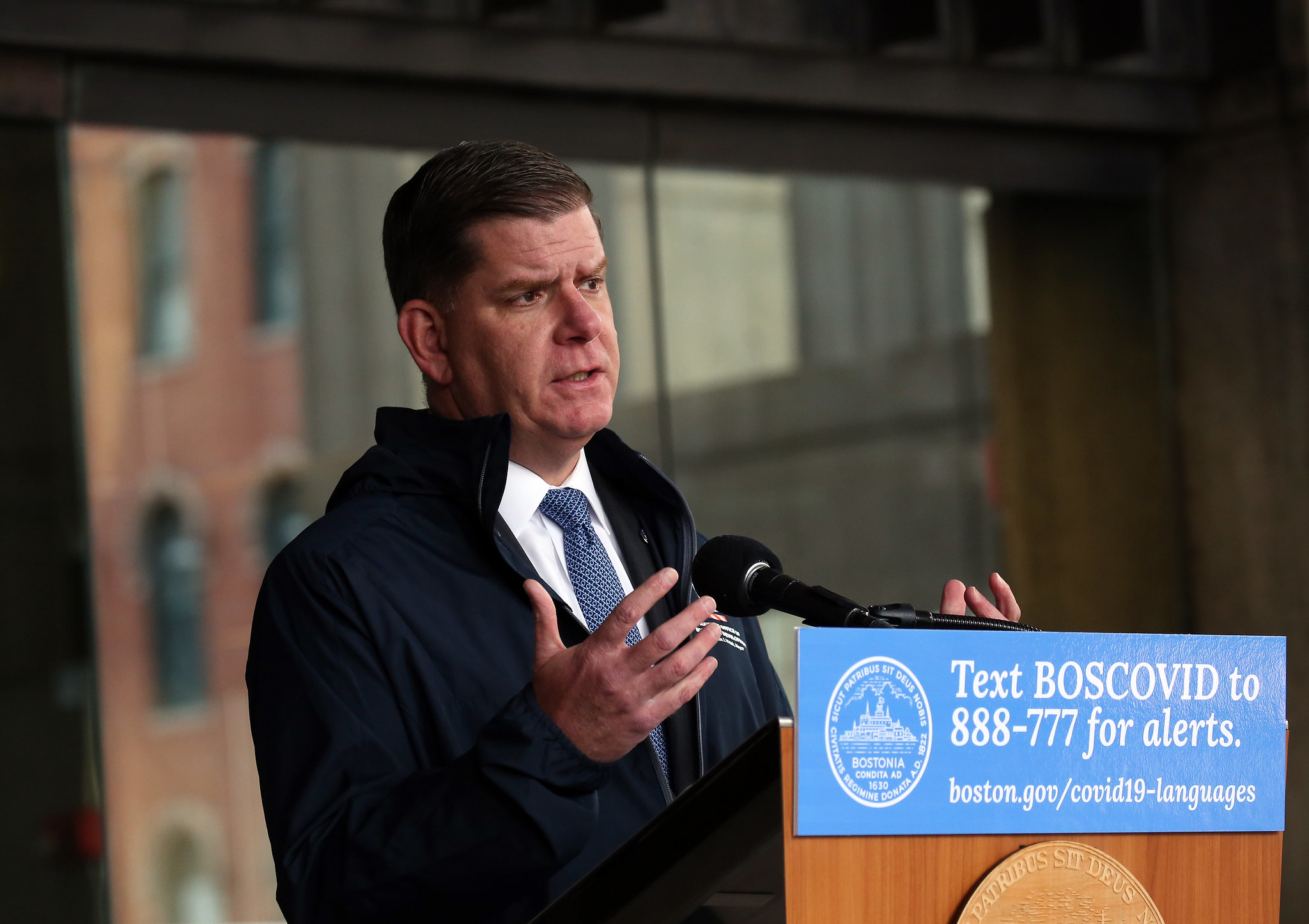