When residents show up at their appointment for the first dose, they’ll get their second dose appointments printed on their vaccination card

After some hiccups in the coronavirus vaccine rollout that delayed people’s second dose appointments for months, New Hampshire seems to be getting back on track.

Granite State residents had been hitting roadblocks scheduling their second appointments on the federal website, so Gov. Chris Sununu last week announced the state planned to fix it.

“The governor said he was going to make it smoother and he did,” said John Boudreau of Windham, New Hampshire.

Starting this week, Granite Staters only have to book their first vaccine. When they show up at that appointment, they’ll get their second dose appointments printed on their vaccination card.

“It’s very good because I know some people who almost missed their second shot, the date and timeline,” Boudreau said.

He said it was comforting to know that he’d be getting his in a timely manner.

Not only did Beverly Coyle of Salem get her first dose of the vaccine in Londonderry Wednesday, she got her second appointment booked, too.

“March 10 for my next appointment, right here, same time,” she said.

People in New Hampshire are having a tough time getting a second coronavirus vaccine appointment, leading Gov. Chris Sununu to announce changes.

Lt. Graham Cox, one of the National Guardsmen who is leading the vaccine effort at the Londonderry site, admits that there was a two- to three-hour wait for a shot earlier this week.

“Yesterday was the most appointments we’ve ever done in a day and it was also getting new soldiers and airmen trained up on the site, so it was sort of a perfect storm,” Cox explained.

He says that’s not typical and, according to vaccine recipients Wednesday, had already been fixed.

“Start to finish, it took maybe like 25 minutes at the most,” said Windham resident Leo Ducharme. “It was really easy.”

With the coronavirus vaccine rollout underway in New Hampshire, one city is offering older residents a ride to their appointments.

The state seemingly back on track and taking steps in the right direction.

“I don’t want to live behind four walls anymore,” Coyle said. “I want to get back to normal.”

That’s good news because the governor expects more doses to come in from the federal government in the coming weeks.

More on COVID in NH 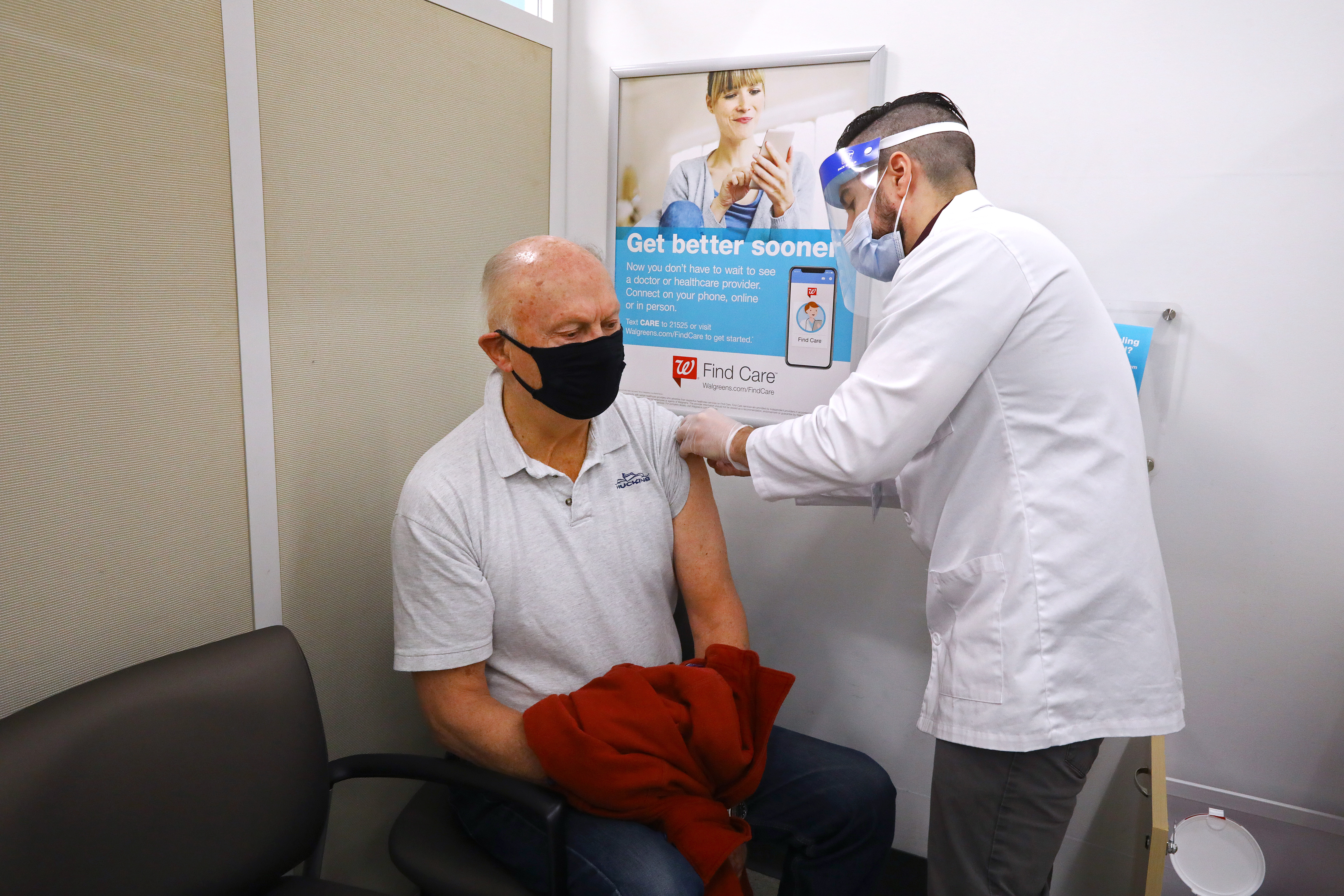