As the first COVID-19 vaccines began arriving in Massachusetts on Monday, a 96-year-old World War II veteran in Bedford became the first VA patient in the country to get the shot.

The VA Bedford Healthcare system announced the milestone over social media, posting that Margaret Klessens, a resident of the Community Living Center in the Edith Nourse Rogers Memorial Veterans Hospital received the shot at 12:07 p.m.

“The nurse came up and told me that the vaccine was in and I was going to get a dose of it. So I got up, I was very happy,” Klessens said.

Klessens, who’s originally from Charlestown, served in the women’s Army auxiliary corps. She worked in communications at Fort Oglethorpe in Georgia through the war.

Klessens said Monday she was surprised how fast the vaccine came in.

“And that’s what I thought when the nurse came up to me, I thought they really did get it in early and I thought everyone was going to get it, and I get down there I find out I’m the only woman down there to get it,” she said.

Sally is one of Klessens' four children. She says she didn’t know her mom received the vaccine until she called.

“I’m glad she got it," Klessens' daughter said. "She makes her own decisions like I said she’s highly competent which is wonderful, glad to have her at 96 be that competent. She’s way ahead of me I’ll tell you that much.”

"Wonderful," she said. "They asked me after they inoculated me and no pain, nothing.”

Klessens' daughter says her mom was very happy that she got the vaccine Monday.

"She wants to get out again, get out and about, out to dinner, swimming, she used to swim all the time,” she said of her mom.

Klessens says she now hopes everyone else can get the vaccine. She says she's grateful for the opportunity and humbly laughs at her newfound fame.

The first shipment of Pfizer and BioNTech's COVID-19 vaccine arrived Monday at hospitals in Massachusetts including Boston Medical Center.

Twenty-five people total got the vaccine at the Bedford VA on Monday, including staffers.

Andrew Miller, a housekeeper in environmental management service, was the first VA Bedford employee to get the vaccine, at 12:20 p.m.

The recipients of the Bedford VA's first doses are among the initial tier of Americans to receive a COVID-19 vaccine outside of manufacturers' trials in the early rounds of a distribution campaign that is set to strech for months.

The Bedford system is one of 37 VA sites the U.S. Department of Veterans Affairs tapped to receive its first doses of COVID-19 vaccines for front-line health care workers and long-term care residents. 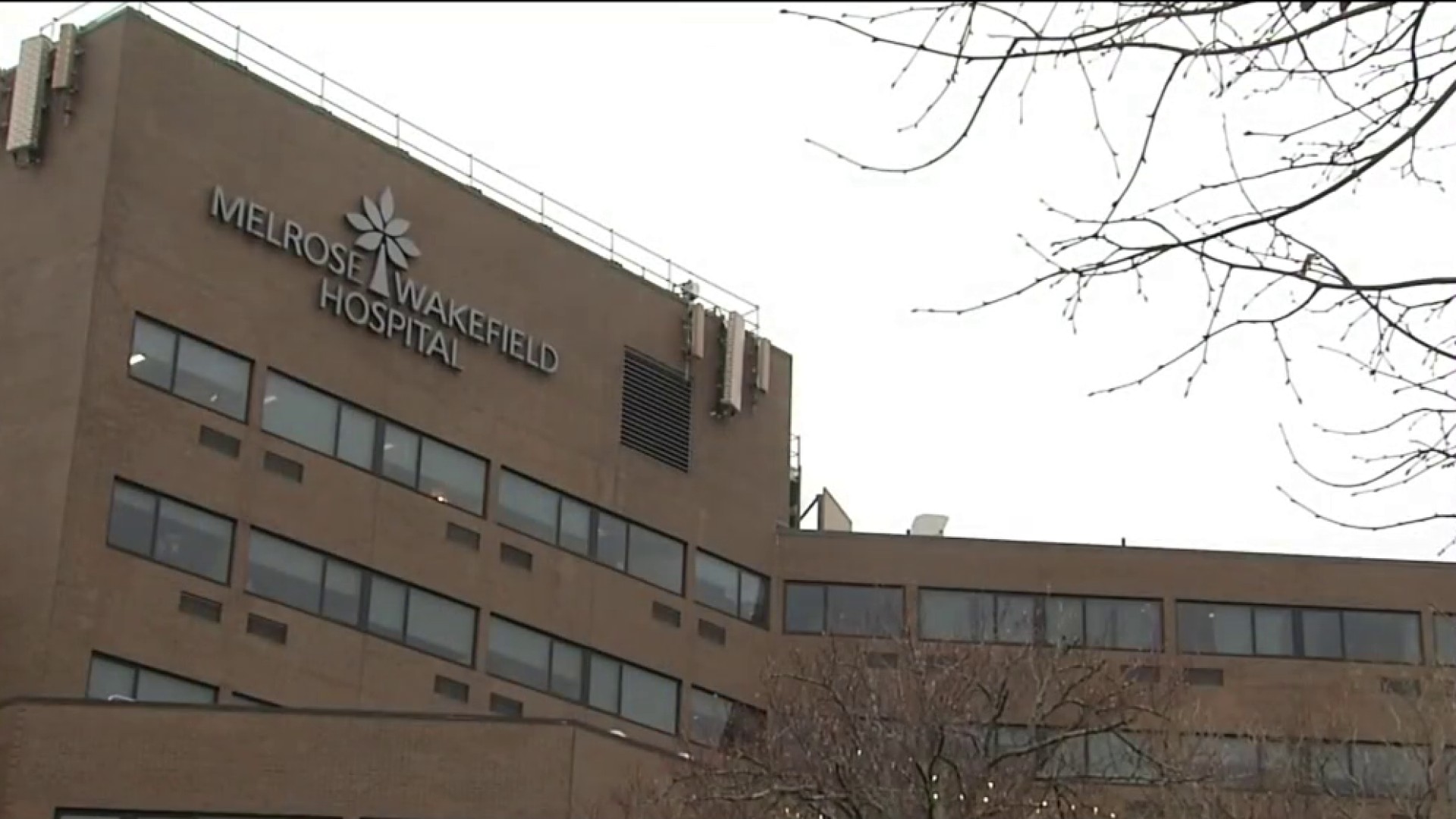 As COVID Vaccines Arrive in Mass., Frontline Workers Prepare to Get Vaccinated First 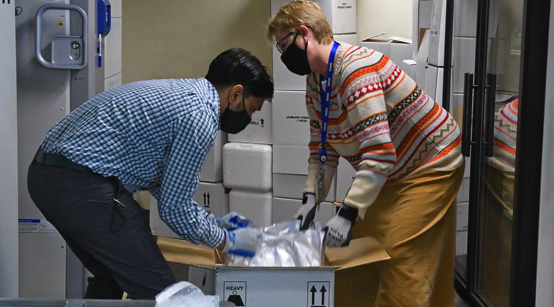 Massachusetts ordered its initial round of 59,475 doses of Pfizer vaccines -- which received emergency use authorization from the Food and Drug Administration on Friday -- from the federal government on Dec. 4. Those doses, according to Gov. Charlie Baker's office, will be delivered to 21 hospitals and the Department of Public Health immunization lab, then redistributed to 74 hospitals across the state for front-line medical workers.

The next 40,000 doses of Pfizer vaccines "will be allocated to the Federal Pharmacy Program to begin vaccinating staff and residents of skilled nursing facilities, rest homes and assisted living residences," Baker's office said on Dec. 9.

"Beginning Wednesday, we will begin the first wave of vaccinations to front line health care workers, a group including doctors and nurses from our ICU and Emergency Department and patient floors that treat COVID-19 patients, but just as importantly, employees from environmental and support services, and other crucial positions that work in COVID-positive patient areas," the hospital said.

Massachusetts officials expect to receive 300,000 first doses of the two-shot vaccine by the end of the month.

Nine months after Massachusetts became one of the first states hit hard by the coronavirus, the first doses of the vaccine arrived in the state Monday.

The Massachusetts Health & Hospital Association on Monday trumpeted the Friday vote by the Food & Drug Administration to approve the Pfizer/BioNTech COVID-19 vaccine for emergency use, writing in its newsletter that health care workers and long-term care facility residents "can expect to get vaccinated as early as this week."

"The fact that this vaccine, and another from Moderna that is expected to be approved shortly, went from conception to large-scale distribution within a year is unparalleled in the history of vaccinations," the MHA wrote in its Monday report.

The MHA said one concern of its vaccine workgroup, who has about 80 members from nearly all hospitals across the state, is that the two-dose vaccine, delivered about three weeks apart, "has been reported to cause some recipients discomfort for a day or more after the initial dose â€“ a similar reaction to other viral vaccines."

Hospitals plan to stagger vaccine delivery to avoid gaps in their workforce if employees take a sick day, the MHA said.