‘People Will Die': Warren, Other Lawmakers Sound Off on Health Care Vote

Local lawmakers are sounding off after Republicans in the U.S. House of Representatives voted to pass the latest health care bill.

All voting Democrats and a group of mostly moderate Republican holdouts voted no. 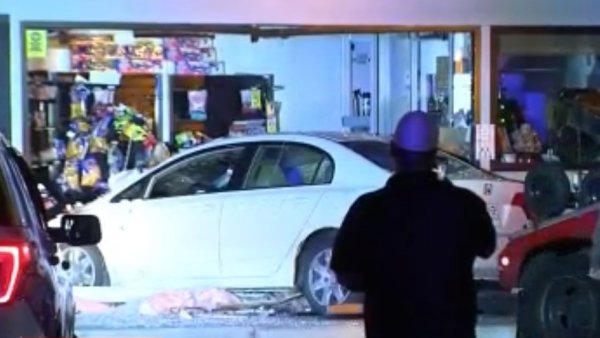 Baker said he'll continue to urge Congress to reject the bill in its current form as it moves to the Senate. He said maintaining flexibility through the Medicaid program is critical to the state's ability to provide coverage for the needy.

Baker had said an earlier version of the bill that failed would have cost Massachusetts at least $1.5 billion in annual federal payments within five years.

Sanders flew home to Burlington, Vermont, Thursday and said the legislation will cost millions of Americans their health insurance, while giving the nation's wealthiest citizens a tax break.

"We're going to fight this as hard as we can," Sanders said. "This is a disastrous piece of legislation - should never have been passed by the House and we'll do everything we can to defeat it in the Senate."

U.S. Senator Elizabeth Warren (D-Mass.) released a statement that read in part, "Trumpcare isn't a health care bill. A bill that destroys health care for millions to shovel cash to the rich isn't a health care bill. This is the same cruel bill that House Republicans tried to pass weeks ago. It still strips coverage from millions. Still guts Medicaid. Still strips funds away from states like Massachusetts that are battling the opioid crisis. The only thing that's changed about Trumpcare in recent weeks is that they made the original plan even more brutal.

"This isn't football. It's not about scoring points," she continued. "Trumpcare will devastate Americans' healthcare. Families will go bankrupt. People will die."

Congressman Stephen F. Lynch (D-Boston) said in a statement, "This proposal would hurt retirees’ access to healthcare by weakening Medicare and by dramatically increasing costs for individuals over age 50. And TrumpCare does nothing to address the rising cost of prescription drugs."

Congressman Joe Kennedy III (D-Mass.) said in a statement, "If there is any silver lining to this vote it is that the American people are engaged, awake and on notice like never before. It is a long road to the President's desk. We will be fighting every step of the way."