Some civil rights and transportation advocates caution, however, that the route to safer roads proposed by the governor is too punitive and could exacerbate racial profiling of drivers

Massachusetts Gov. Charlie Baker pitched his new omnibus road safety legislation as a way to improve the state's almost-worst-in-the-nation seatbelt use and cut down on traffic deaths that have not abated during a stretch of pandemic-era decreased travel.

Some civil rights and transportation advocates caution, however, that the route to safer roads Baker proposed is too punitive and could exacerbate racial profiling of drivers -- a fear that Baker acknowledged.

The Vision Zero Coalition, which works to prevent traffic deaths, criticized Baker's proposal to allow police to pull motorists over solely for failing to wear a seatbelt and to expand penalties on those who drive with suspended licenses.

"If you read the whole bill, there is not attention or care to the potential for racial profiling," said Stacy Thompson, executive director of the Livable Streets Alliance that is part of the coalition. "In other states, we know that Black folks are more likely to be pulled over for not wearing a seatbelt. It's like another law on the books that doesn't protect the most vulnerable and has been proven to cause more harm to Black and brown people."

Massachusetts law currently requires seatbelt use, but it is a secondary enforcement law, meaning police can only cite motorists for failing to wear a seatbelt when they have already stopped the vehicle for another primary traffic violation such as speeding.

Thirty-four other states have laws allowing primary enforcement of seatbelt use, according to Baker.

More than half of the people killed on Massachusetts roadways were not wearing seatbelts at the time of the accident, Highway Safety Division Director Jeff Larason said on Monday, noting that the Bay State ranks 46th out of 50 states in rate of seatbelt use.

Thompson said she agrees that state law should continue to mandate seatbelt use, but she does not believe it should qualify as a primary reason police can stop a driver, on similar footing to speeding, texting or other behaviors that put others at risk.

The bill would allow police to pull over drivers for not wearing a seat belt.

The governor acknowledged that his proposal might raise some worries, calling for lawmakers to work with the administration to find an amenable solution.

"While I believe this is essential to road safety, I am aware of concerns that such a law could be misused or misapplied and look forward to working together to address those concerns," Baker wrote in a letter to the House and Senate alongside his bill.

Rep. William Straus, who co-chairs the Legislature's Transportation Committee, told the News Service on Wednesday that he believes lawmakers are unlikely to tackle the governor's wide-ranging road safety bill as an omnibus package. Doing so would be a "massive undertaking," he said, and instead the Legislature will focus on the sections that have the best prospects for success.

Straus said primary seatbelt enforcement has "always been a controversial issue," noting the feedback circulating in the public and around Beacon Hill this session about the potential for racial profiling.

"It's got to be aired out and discussed as to whether primary enforcement of seatbelt laws becomes a pretextual excuse for pulling someone over," Straus said. "There are strong views on this one, so that will take a lot of work."

Baker also proposed primary seatbelt enforcement last lawmaking session, but his suggestion did not meet with the same criticism it did this week.

"We have never supported primary seatbelts, but we've never been this vocal in opposition," Thompson said. "The national conversation and context has changed so much that we think it is literally our job to fight this stuff."

ACLU of Massachusetts Executive Director Carol Rose slammed Baker's proposal as well, describing it as too focused on expanding law enforcement authority. Instead, she said, lawmakers and the administration should refocus on reforming how police interact with the public.

"Driving safety is an important issue, but policymakers must also address the presence of racial profiling on our streets and highways," Rose said in a statement. "Data shows that Black and Brown drivers are already significantly more likely to be stopped by police and have their vehicle searched, but less likely to be issued a citation. And across the country, traffic stops too often result in police violence and killings of Black men like Daunte Wright."

"If we are ever to end police violence, we must re-examine approaches to public safety entirely -- and work actively to reduce the role, scale, power, and funding of the police," Rose continued.

"We have new data," Thompson continued. "Since the last time the governor filed these bills, we've passed hands-free, we've collected data, we know racial profiling is happening and it's more likely to happen with state troopers. You should not refile something if you have new data that tells you you might need to rethink."

Another section of Baker's bill would create harsher penalties for motorists who drive with a suspended license and cause injury or death, building on the 2015 "Haley's Law" requiring the Registry of Motor Vehicles to notify police when a resident of their community has had their license suspended.

Baker and supporters said drivers will be less likely to get behind the wheel after a license suspension if they know the consequences would be worse.

Straus said giving the RMV and courts more tools to handle drivers who have already proved dangerous on the road is "probably the first issue to focus on" for the House.

Criticizing the expansion of penalties, Thompson and the Vision Zero Coalition cited research from the National Institute of Justice that found stricter punishment "does little to deter crime."

Advocates who raised flags about the role of policing under Baker's bill praised other sections of the proposal, including creation of a three-foot "safe passing distance" vehicles would need to take around pedestrians and bicyclists and requirement for vehicles over 10,000 pounds to install side guards, convex mirrors and cross-over mirrors.

Baker's bill also creates an option for municipalities to deploy cameras in intersections where they choose.

The Senate started debate on a similar proposal last session, but tabled the bill after it drew blowback from both Democrats and Republicans. Asked about the proposal's chances in the House, Straus said it "is going to require some debate" because of "skepticism" about the role of red light cameras.

The Vision Zero Coalition has supported the deployment of red light cameras, but Thompson said the governor's language "is not comprehensive enough" on that front, particularly because the cameras would only be used in response to violations such as running a red light or making an illegal turn on red.

"If we're using a data-driven approach, we need to focus on speed, so it was shocking to me that the governor was interested in advancing red light cameras but was not interested in focusing on camera enforcement related to speed," she said.

During his Monday press conference, Baker said speed was a "primary cause in many cases" of the 334 roadway deaths in Massachusetts last year. 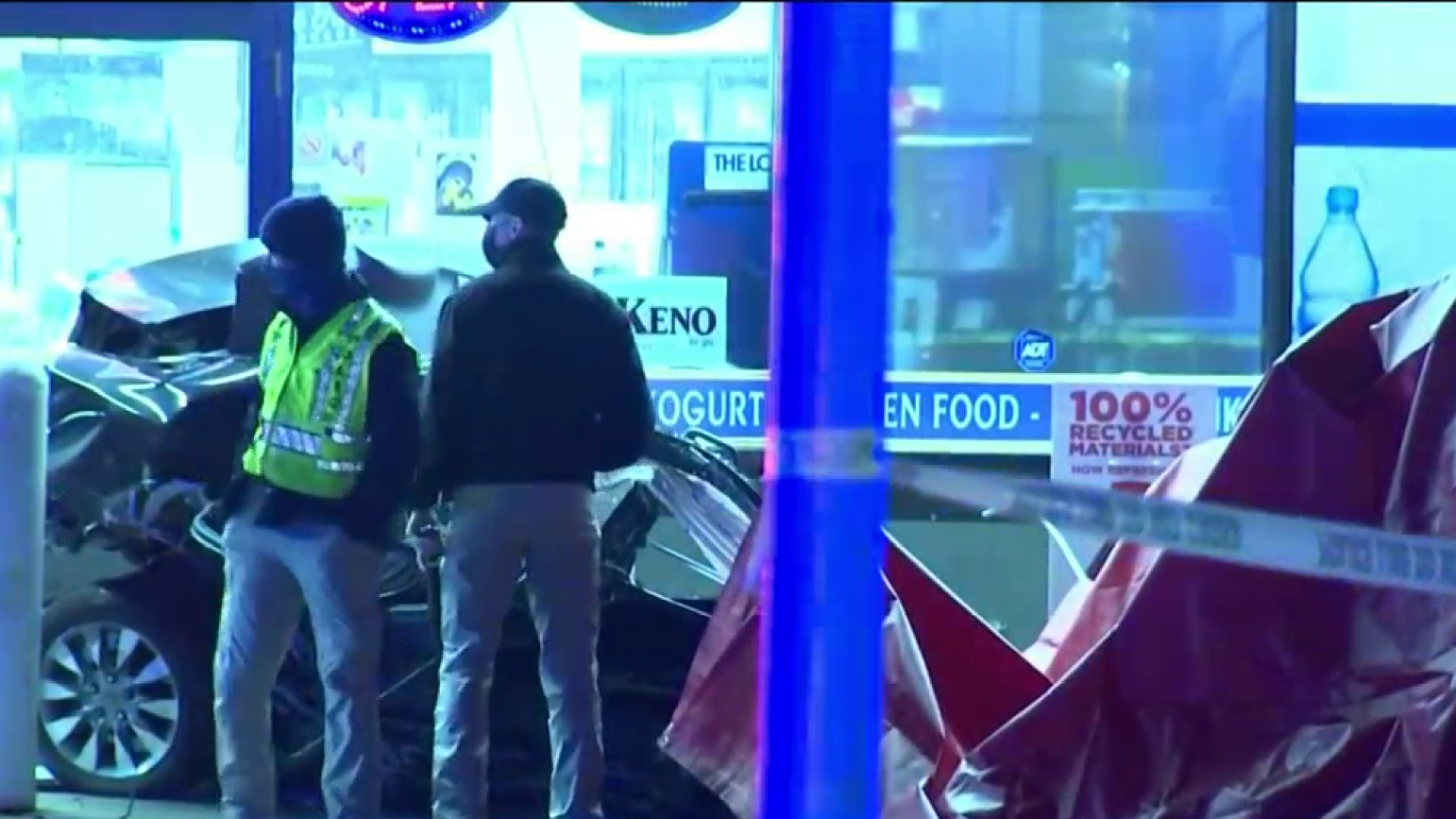 One Person Killed in Lawrence Crash 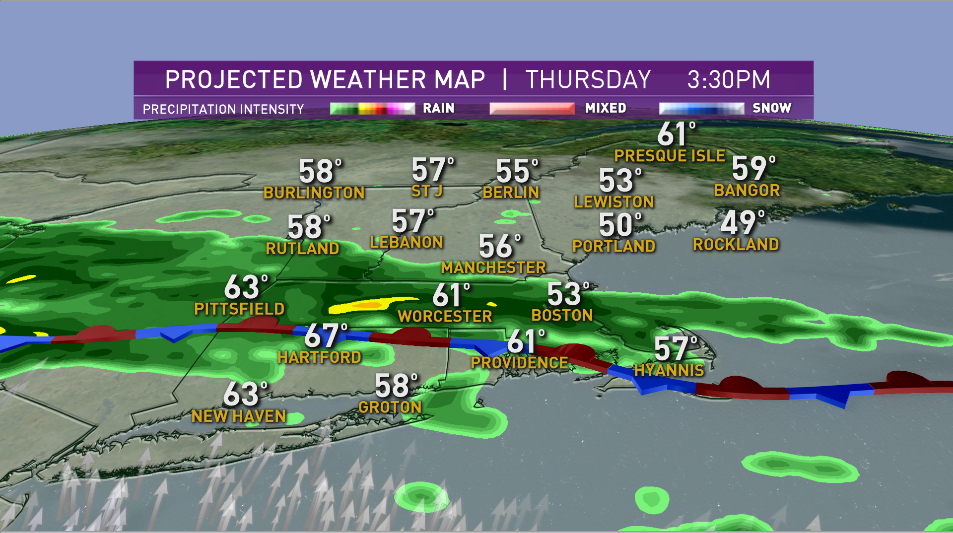