The eviction moratorium goes into effect immediately, preventing tenants from being kicked out by landlords and property owners

The move comes less than a week after the U.S. Supreme Court struck down the federal eviction moratorium, allowing evictions to resume.

"My housing stability agenda protects renters with a new eviction moratorium in the city of Boston,” Mayor Kim Janey said in an announcement video. "The loss of federal eviction protections and the ongoing pandemic has put our most vulnerable neighbors at risk of losing their homes."

The eviction moratorium goes into effect immediately, temporarily preventing tenants from being kicked out by landlords and property owners, according to an announcement from the city.

“The mayor's message probably made a lot of folks feel better, except for landlords,” MassLandlords Executive Director Doug Quattrochi said.

Quattrochi argued local eviction moratoria are not only unnecessary because there’s a state law protecting tenants from being thrown out, but also unconstitutional.

“The mayor does not have the authority to change state law on evictions,” he said. “Although the intent is right, nobody should be evicted, there should be rental assistance to cover all of these housing costs."

Although tenant rights advocates at City Life/Vida Urbana applaud the mayor’s decision, they are concerned about it’s lasting effect.

“It opens up all kinds of avenues and doors to legal challenges and we just don't know how well that's going to hold up,” said City Life/Vida Urbana Co-Executive Director Mike Leyba.

Leyba agrees legislators should be the ones addressing the needs of what he estimates are 130,000 renters in trouble across the state.

“The scale of need right now is so acute and so large that the only real way to address it is legislatively,” he said. “Not necessarily through getting dollars out the door, although that's important and should be taking steps toward that end."

The Supreme Court blocked President Biden’s temporary ban on evictions, put in place because of the coronavirus pandemic.

Details on the Foreclosure Prevention Fund -- intended to help homeowners behind on their payments -- will be released next week.

The fund will help eligible homeowners who are delinquent on payments like like mortgages, insurance and condo fees pay for those costs using federal COVID relief funding.

"Already, the city is getting rental relief into the hands of residents hit hard by the pandemic, and we're doing it faster than the commonwealth and the country overall," Janey said, citing a $50 million injection into the city's rental relief fund this March.

Jamaica Plain resident Amy Southers hopes this will help with her eviction battle. She said she’s not behind on rent, but dealing with another issue with her landlord.

"That's really great,” she said about the mayor’s decision. “But it's sad that we have to go through this. We are in the middle of a pandemic and dealing with the government doing their own thing, and dealing with having to protect your livelihood.”

While both renter and landlord advocates wait on the fine print of Janey’s plan, they are all looking to state leaders for lasting relief instead of local temporary patchwork.

Janey's announcement Tuesday cited the rise of the delta variant of COVID, which is fueling an increase in case numbers, hospitalizations and deaths across Boston, Massachusetts and the United States. 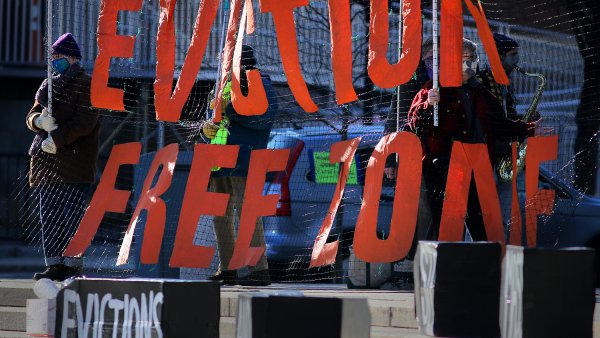 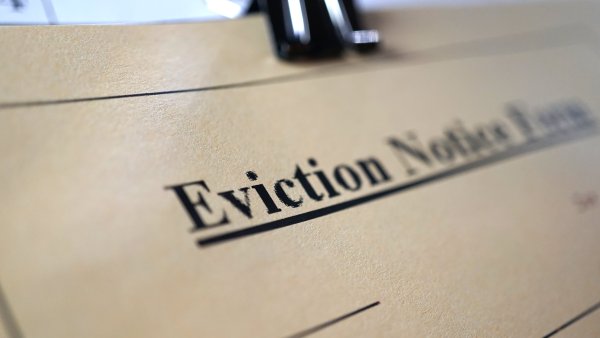 The National Eviction Ban Is Over. But Renters Still Can't Be Forced Out in These States

Earlier in the day, Janey announced a $9.4 million investment in COVID relief funds for Boston restaurants and small businesses.

"This program aims to help Boston's economy recover by incentivizing our workers and ensuring that our business owners have all of the resources necessary for a successful reopening," Janey said in a statement.

Restaurant owners can apply for $5,000 to cover businesses expenses like rent and salaries, while restaurants that have workers who are paid tips can apply for $15,000 grants to increase their wages to $12.75 per hour. The city will also offer $900 retention bonuses, as well as college and training program tuition assistance.

The small business relief fund reopens a fund launched last year, offering up to $20,000 to small businesses through covering debts and supporting investments.

People interested in applying can visit boston.gov/small-business to do so starting Wednesday, Sept. 8.

With $435 million in federal funding going to Boston in the COVID-19 relief package, Rep. Stephen Lynch is criticizing service cuts to the MBTA.