Pine Street Inn said the gift will help the organization accelerate the expansion of its housing program, creating 400-500 new units of permanent supportive housing over the next five years

The Yawkey Foundation has donated $15 million to help Pine Street Inn in its fight to end homelessness in Boston on Tuesday.

The donation is the largest single gift the organization has received in its over 50 years of work.

"Pine Street Inn is beyond grateful for this transformational gift," Lyndia Downie, president and executive director of the organization, said in a statement on Tuesday. "Having had the pleasure of personally meeting Mrs. Yawkey in 1989, I know that she believed in Pine Street's mission and it's very meaningful to have this 34-year long partnership evolve into a transformative grant that will make it possible to impact the dynamic of homelessness in Greater Boston to an extent beyond anything we could have imagined."

"Permanent supportive housing is a proven solution to homelessness and the Yawkey Foundation's gift will make a meaningful difference in the lives of hundreds of the city's most vulnerable residents," said Patrick T.  Jones, Pine Street Inn's board chair.

"It is our hope and belief that this grant will help individuals access the unique, responsive, and compassionate programs and services they need in order to rebuild their lives by reconnecting with families and communities, and successfully navigate their journey from the streets and shelter to a home of their own," said CEO and Trustee Maureen H. Bleday.

The organization celebrated the donation at an event Tuesday afternoon at the Women's Inn.

More on the fight against homelessness 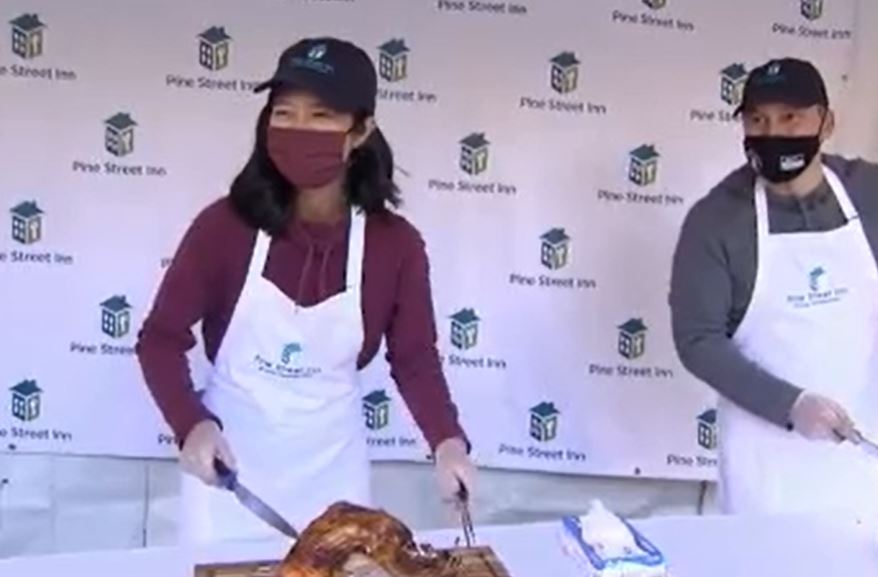