A Boston task force on policing formed in response to the national reckoning on police brutality and racism is holding a series of online community meetings.

Mayor Marty Walsh said the Boston Police Reform Task Force will hear from residents starting this week as it reviews police policies and practices in the wake of the killing of George Floyd by Minneapolis police.

The first listening session is Wednesday and focuses on body-worn cameras. Thursday's session looks at implicit bias training. Sessions next week will examine the police review board and police use of force policies. 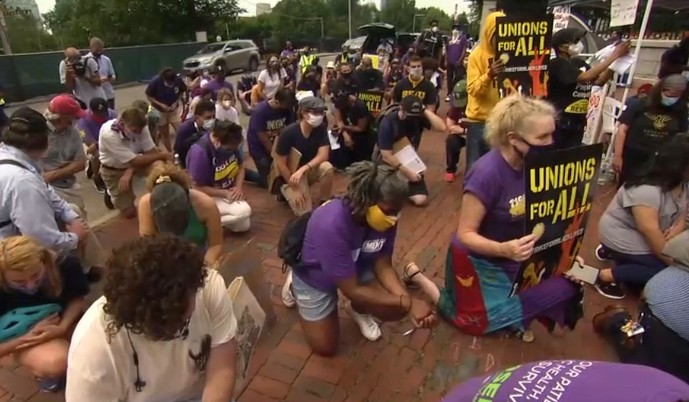 "I've pledged to continue the conversation on racism as a city--not in a top-down manner, but by centering the voices of the Black and Brown communities who have been the most severely impacted," Walsh said in a statement.

He launched a task force composed of community, law enforcement and advocacy group representatives, including the NAACP, the Urban League and the state Association of Minority Law Enforcement Officers.

That group is expected to submit its initial recommendations by Aug. 14.

For more information, including how to submit written testimony visit: https://www.boston.gov/departments/mayors-office/bostons-movement-end-racism.