Francis Ouimet's historic childhood home will be open to golfers and others interested in the sport's history during the U.S. Open in Brookline, Massachusetts this week

If any of the golfers in the U.S. Open are still looking for a place to stay this week, there's a house available across the street from The Country Club and the location isn't even the best part.

The 1887 three-bedroom, 1½ bath was the boyhood home of Francis Ouimet, the self-taught former caddie who popped across Clyde Street to win the 1913 event. The playoff victory over British pros Harry Vardon and Ted Ray was trumpeted in a book and movie as "The Greatest Game Ever Played," and it is credited with spreading golf throughout the United States.

The property at 246 Clyde had long since passed from Ouimet's family when it was purchased in 2019 and restored to the style it would have had when he lived in a second-floor bedroom that overlooked The Country Club's 17th hole. Period furniture has been brought in to decorate the house, with artwork celebrating Ouimet and his role as the founding father of American golf.

"We want to keep it in golf," said Tom Hynes, a neighbor who orchestrated the deal and is raising money to pay for it. "The rationale for buying it was to somehow preserve it for the history of golf."

A commercial real estate broker and nephew of former Boston Mayor John Hynes, Tom Hynes lives down the street from the Ouimet house. He used to see its owners walking their dog in the neighborhood.

"When you're ready to sell your house, I'm your buyer," he told them.

They reached out near the end of 2019, and a day later, they had a handshake deal for what property records say was a purchase price of $875,000. "And then I put an LLC together and went around with a tin cup to buy it," Hynes said.

But Hynes wasn't done. Since then, he's overseen the restoration of the house to the style of Ouimet's era, with the goal of showing it off during the Open. Hynes, who in his real job has cut deals totaling millions of square feet, is doing this one pro bono.

"Of all the deals I've done over the last 50 years, this is certainly in the top five as the most important. And it isn't about the money," he said. "You couldn't pay me enough to do this. This is strictly for the preservation of the house for golf."

The tale of the gut rehab will be familiar to homeowners who have done work on their homes, complete with supply chain holdups and hidden structural flaws that ballooned the cost and delayed completion.

Two weeks to strip the stairway of the finish applied and reapplied over more than a century. Making backup plans for window air conditioners while hoping the actual HVAC system would arrive in time.

The original wide-planked wooden floors were in such bad shape that a contractor proposed ripping them out and replacing them.

"I said, 'No, no. No, you don't. We're not going to tear up Francis Ouimet's bedroom floor," Hynes said.

Instead, the boards were gently removed, sent off to be de-nailed, cleaned, planed, and re-milled with tongue and grooves and then replaced. They were sanded and painted with tongue oil last week.

Hynes declined to say how much has been spent on the project in all.

"I prefer not to at this time, because even the LLC partners don't know how much we've spent so far," he said with a laugh. "I'd rather break the news to them gently."

But there were also some more pleasant surprises.

When workers pulled down a shelf in the attic, they discovered two golf clubs — based on the era, they are presumed to have belonged to Ouimet. Maybe they were carried by 10-year-old caddie Eddie Lowery when Ouimet beat the celebrated British pros in an upset that spawned a golfing boom in the New World.

"That's what's so good about golf is the history and the tradition and these stories," said Ireland's Rory McIlroy, who counts the 2011 U.S. Open among his four major championships. "The fact that he grew up just off the 17th hole here, and we're still talking about it to this day over 100 years on. That's so cool. That's the great thing about this sport."

The project did make some concessions to modern life.

The kitchen is outfitted with stainless steel appliances. Doors have been widened to comply with the Americans with Disabilities Act. A sprinkler system was installed. The screen door on the front porch — painted green like so much of the trim at The Country Club itself — has two crossed golf clubs, in gold, carved into its frame.

With the first tee at the U.S. Open just one day away, players and thousands of fans are bound for The Country Club in Brookline, Massachusetts. Those who want to attend will need to plan ahead. People won’t be able to drive anywhere near the Country Club.

New cedar clapboards to replace the vinyl siding — that will have to wait until Phase 2, along with energy efficient windows matching the original style.

In the weeks before the U.S. Open, workers scurried to pull out an unsightly fence, with Hynes himself planting the shrubs and flowers to give the property some curb appeal. Furniture was delivered, paint was drying, Ouimet's portrait — and the golf clubs believed to be his — were hung on the walls.

Hynes, who hosted a player in his own home for the 1988 U.S. Open — the last time the tournament came to The Country Club — said he is hoping to show off the Ouimet house this week to golfers and others interested in the sport's history.

And if they need a place to sleep?

"If someone showed up and wanted to rent the place," he said, "we'd be all ears." 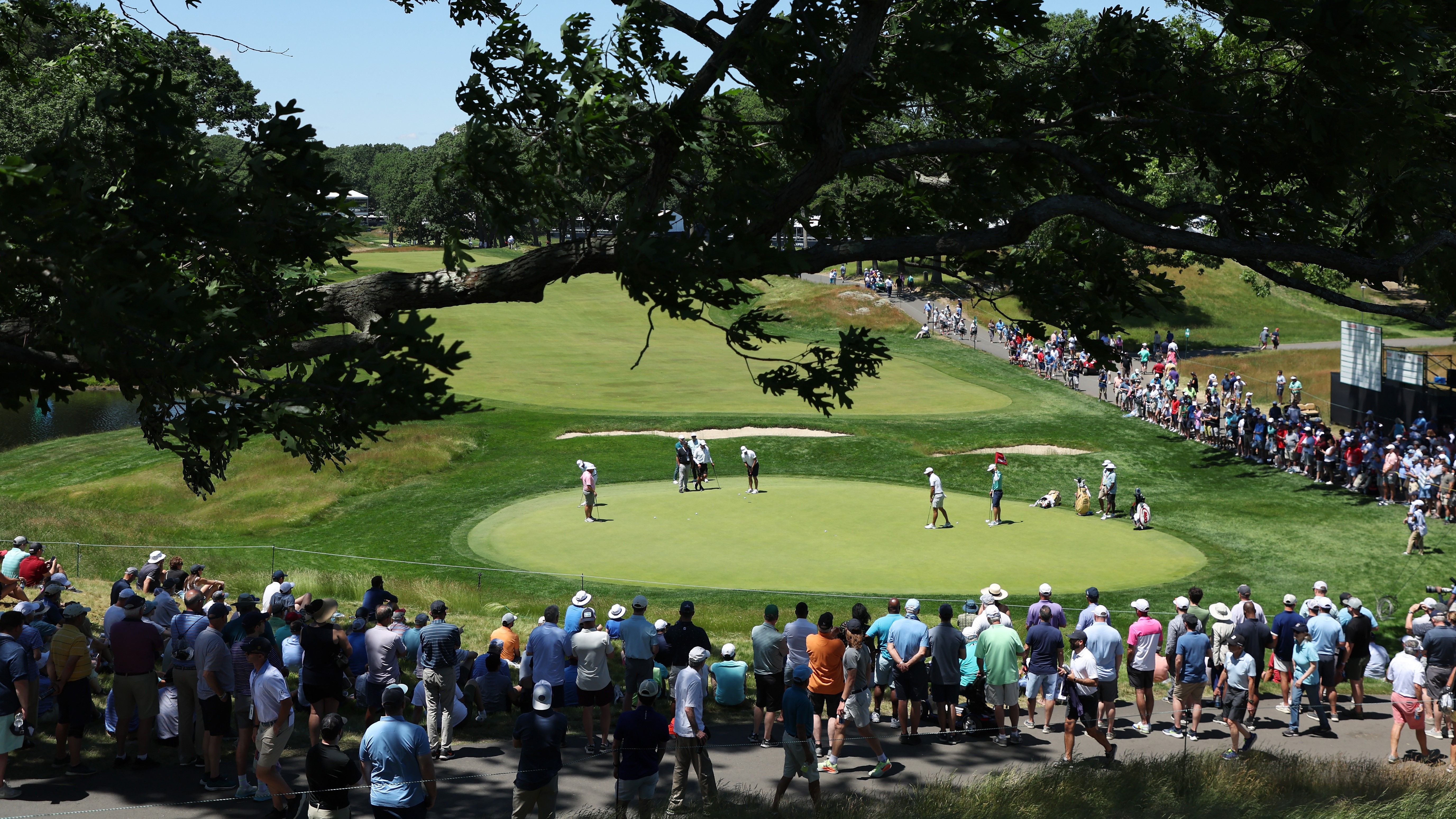 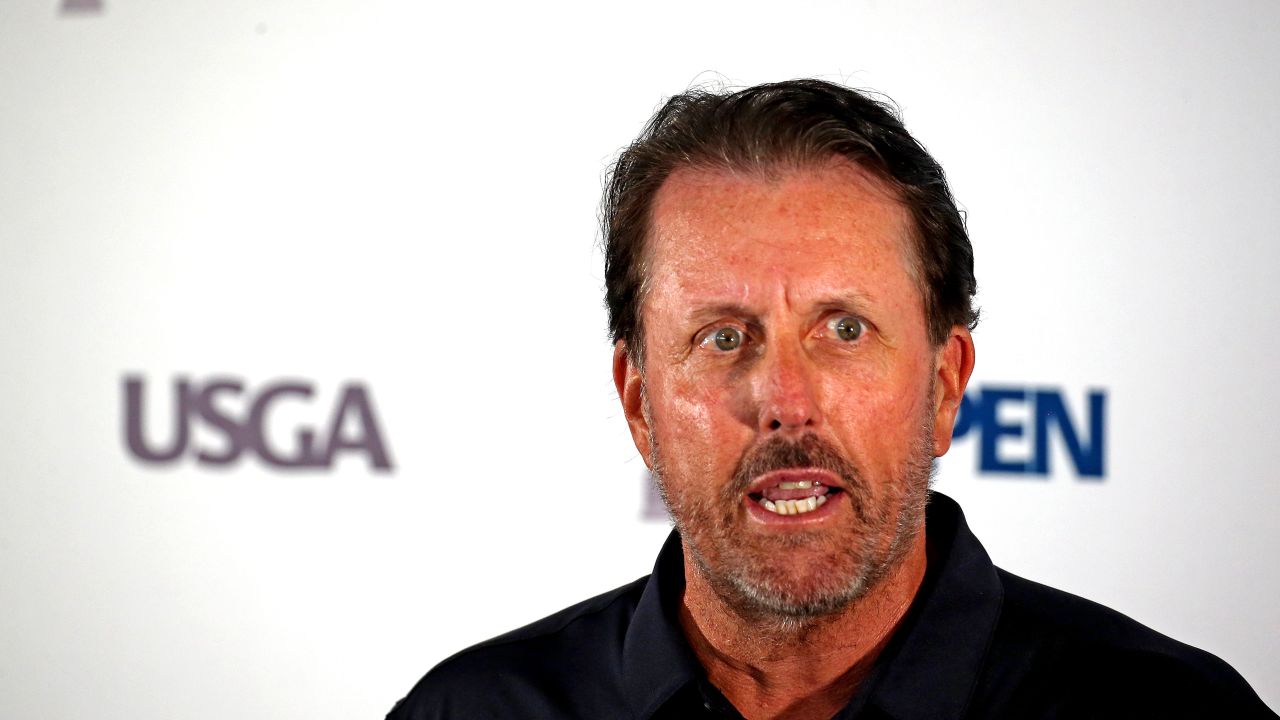