Police are looking for the person who broke into and robbed a jewelry store in Franklin, Massachusetts, on Saturday night, making off with what authorities say is more than $10,000 worth of goods.

Franklin police were called to Vallee Jewelers on Main Street about 10:13 p.m. on Saturday. Officers found the front door smashed, apparently with a hammer, but no one at the store, police said.

Inside, several display cases were damaged and jewelry was on the floor, police said.

A police dog was brought in to try and track down the thief, who is believed to have driven off in a vehicle, officers said. They estimated the store had over $10,000 in losses.

His clothing is fairly distinctive and police are hoping someone recognizes him and gives them a call.

Looking for help catching the robber, police are releasing video “in the hopes that a member of the public will recognize the suspect,” they said in a statement. Anyone with information is asked to call Franklin police detectives at 508-525-1212.

The video shows "the suspect crossing the street, come across and then appear from the left-hand side of the screen and start smashing away with the claw end of a hammer at the front door,” said Sgt. Brian Johnson of the Franklin Police Department.

Police estimate he was in and out in two to three minutes. The display cases he hit are at the front of the store nearest the door. 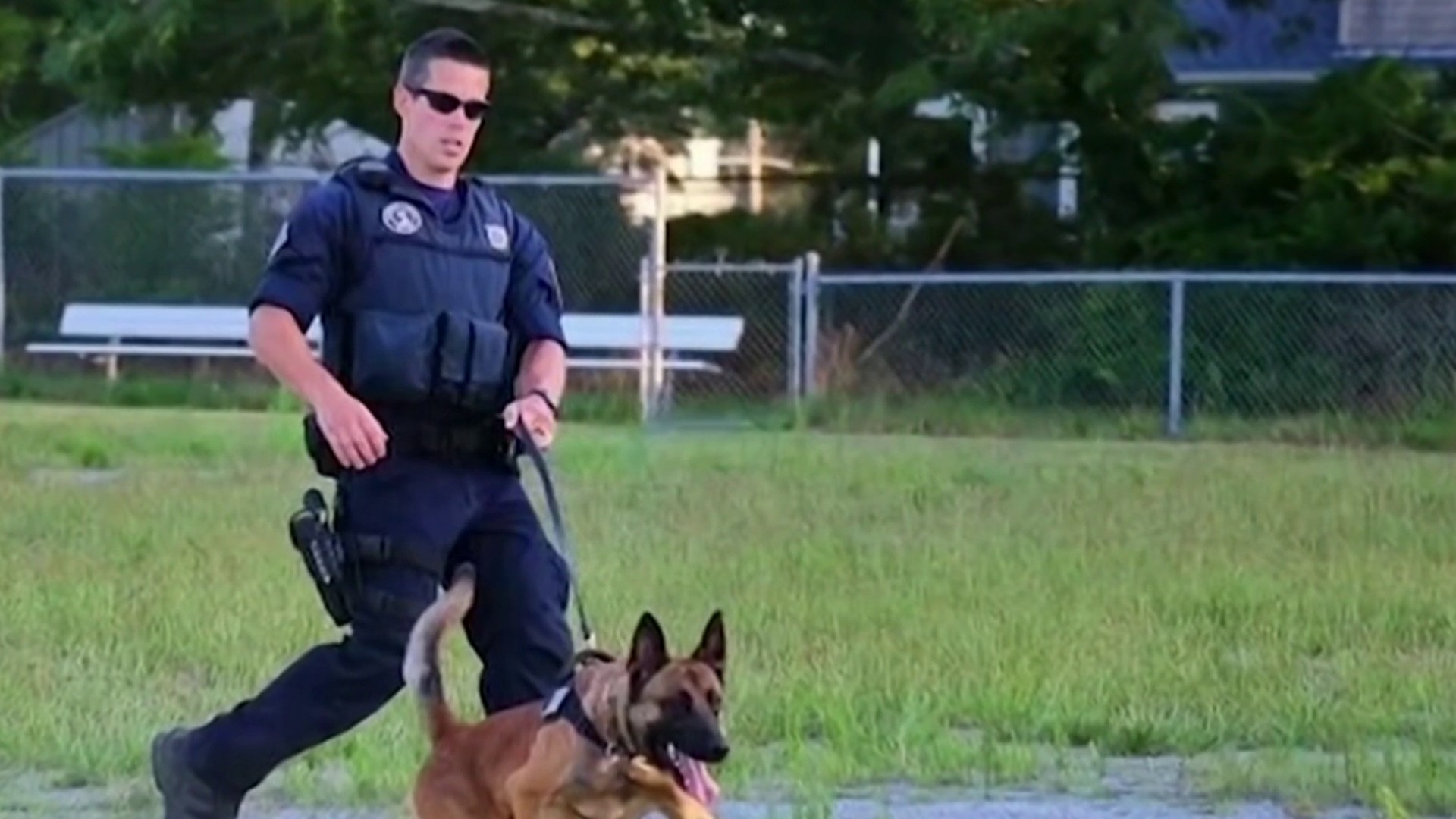