He cited "neighbors helping neighbors, local leaders going above and beyond, businesses big and small standing up for their communities" as examples of Bay Staters' kindness and generosity

As he prepares to leave the corner office on Beacon Hill, Massachusetts Gov. Charlie Baker offered his thanks and best wishes to the people of the commonwealth in a farewell address Tuesday.

Touching on the budget, the pandemic and bipartisanship, Baker said he and Lt. Gov. Karyn Polito will be leaving the building for the last time Wednesday "with love and appreciation for what you, the people, have shown us from day 1 — your kindness and generosity were always on display."

Baker's term ends Thursday, which is when Gov.-elect Maura Healey will take over. Baker started his address at the State House offering Healey and her lieutenant governor, Kim Driscoll, his best wishes, then continued, "After eight sometimes crazy years as your governor, I thought I should take a few minutes to deliver what my late my mom would have called 'a proper goodbye.'"

In an interview, outgoing Gov. Charlie Baker looks back on his governorship and ahead to his new role as president of the NCAA.

Much of what Baker mentioned involved the principles of small government that Baker, a Republican, has consistently espoused as he led a largely Democratic state — which he leaves as one of the most popular governors in the nation. He cited "neighbors helping neighbors, local leaders going above and beyond, businesses big and small standing up for their communities" as examples of Bay Staters' kindness and generosity.

He also touted his handling of the budget, which has gone from a $1 billion deficit to a $5 billion surplus. The Baker administration also leaves having ballooned Massachusetts' rainy day fund to $7 billion and returned $3 billion to taxpayers.

The other achievements Baker discussed involved infrastructure: building out broadband internet access in Western Massachusetts and housing reform that the governor said will make the cost of living more affordable.

Some relief is on the way to taxpayers as Massachusetts prepares to give back almost $3 billion to residents.

The COVID-19 pandemic came to define much of Baker's second term in office, and he said that the way Massachusetts residents came together exemplified what makes the commonwealth "a very special place."

"Across the state, you manned testing sites and vaccine clinics and helped us find medical gear, made major adjustments to the way you worked and the way you played, checked in on your neighbors, health care and other front line workers," Baker said, nodding as well to the people who disagreed with his decisions to enact mask and vaccines mandates.

Long a centrist, Baker alluded to the extreme partisanship that's dominated much of national politics, saying that the focus on the work in Massachusetts paid off, "despite a myriad of political fights and distractions that were raging all around us."

Gov. Charlie Baker condemns the riots at the U.S. Capitol in Washington, D.C. on Wednesday.

And while he didn't mention former President Donald Trump, with whom Baker sometimes clashed, he did say that the event that stands out among the many he made as governor is his trip to the U.S. Capitol to visit members of the Massachusetts National Guard who were deployed there.

The diverse guardsmen were "all there to do the same job for the same reason, to serve their commonwealth and their country no matter when the call comes. That visit for me is the embodiment of the commitment and generosity of the people of Massachusetts," Baker said.

After leaving office after what he referred to as "eight cherished years," Baker will take over the National Collegiate Athletic Association.

There are a series of ceremonies and speeches planned for this week to mark the transition of power taking place in Massachusetts between the outgoing and incoming gubernatorial administrations.

On Wednesday, Baker will participate in his Lone Walk Ceremony, which is scheduled for 5 p.m. Ahead of that ceremony, Baker and Polito will partake in a traditional symbol exchange with Healey and Driscoll.

Healey and Driscoll will be sworn in during an official ceremony at 11:30 a.m. Thursday at the State House, followed by their inaugural addresses. That evening, they will hold an inaugural celebration at TD Garden, which Grammy-winning artist Brandi Carlile will headline. 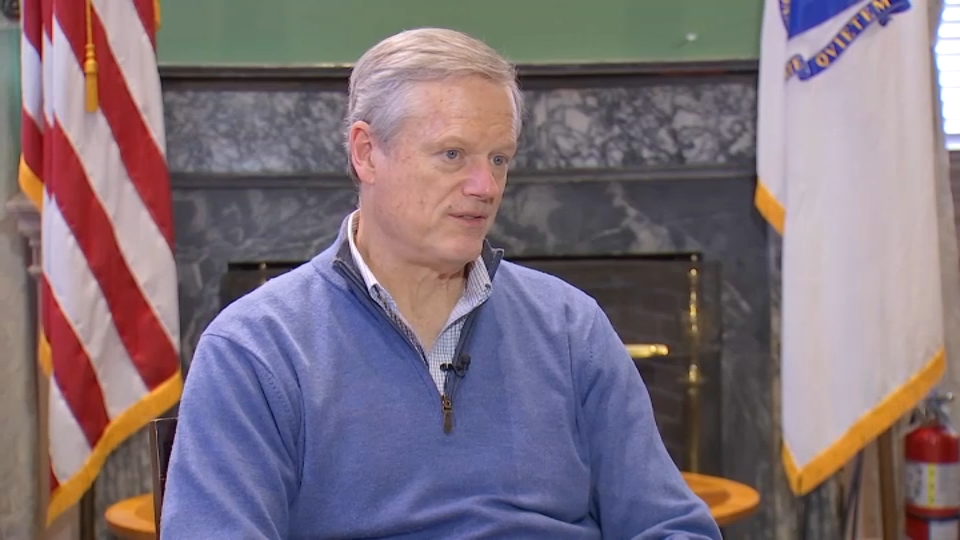 With Little Time Left in Office, Gov. Baker Happy to Look Back on Accomplishments 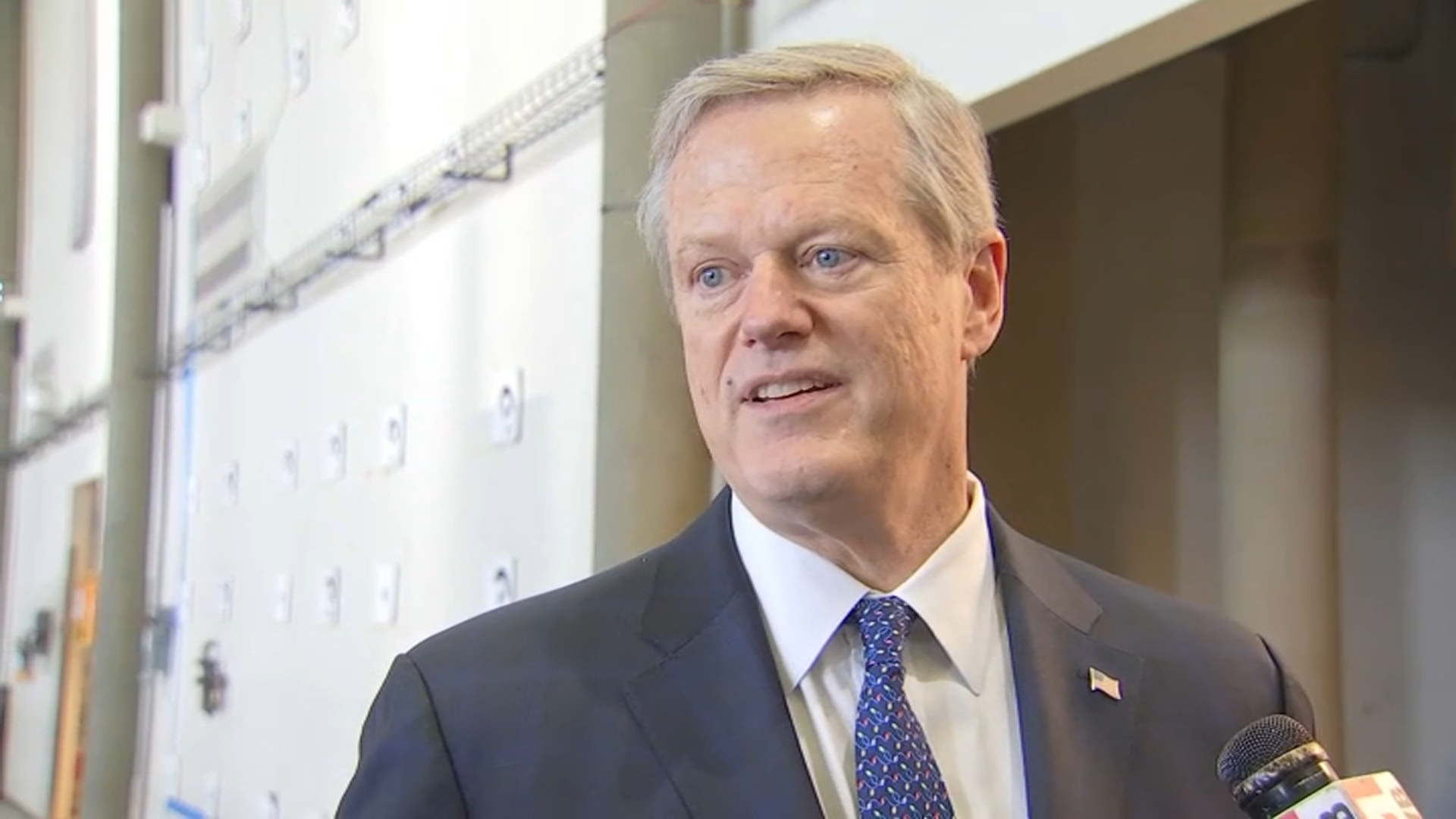