Some travelers were forced to evacuate Boston's Logan Airport on Easter Sunday after Massachusetts State Police were called to investigate an item discovered inside a piece of luggage.

State police confirmed in a statement that their bomb squad was called to Terminal A around 4:05 p.m. Sunday after TSA agents who were screening checked luggage for a Delta flight observed a potentially suspicious item in a bag.

Troopers responded and evacuated the terminal as they investigated the object and swept the area.

After an investigation and research, state police said it was determined that the item in question was a PlayStation video game console with a degraded condition caused by age or damage.

The evacuation, however, caused confusion and panic — and later delays — for travelers.

Video posted to social media showed a long, crowded line of people exiting Terminal A. In the video, a Logan employee can be heard over the airport's loudspeaker telling everyone they must exit the security checkpoint, including any employees or staff personnel, and be rescreened by TSA agents.

"You have to exit, this is mandatory," the speaker says.

Another video posted on social media also shows a crowded sidewalk outside the terminal, where state police had directed travelers to go.

Photos shared with NBC10 Boston by another traveler showed an empty terminal, with unattended baggage strewn about and line dividers knocked to the ground.

Sheryl Ding said she took the pictures when she realized she wasn't in imminent danger.

According to state police, the condition of the PlayStation console caused abnormalities in the image produced when it was X-rayed, prompting the screeners’ concern.

Troopers gave the all-clear shortly after 5 p.m. and passengers were allowed to re-enter the terminal. Massachusetts Port Authority confirmed the incident had been cleared by state police.

Following the all-clear, Delta told NBC10 Boston that the airline was holding flights when they can to ensure passengers who were forced to evacuate can make their flights.

If the airline cannot hold flights — due to "crew time limits" or otherwise — passengers will be rebooked, Delta said.

It was not immediately clear how much of a delay this incident had caused as people traveled on Easter Sunday but there were still visibly long lines at 6:30 p.m.

Some travelers told NBC10 Boston they had been delayed over an hour.

Others recalled the chaos in the airport on a Sunday holiday and at the start of April school vacation week — and also just one day before the Boston Marathon.

A traveler who was inside Terminal A when law enforcement entered the airport told NBC10 Boston there was panic, with people running and leaving things behind. He even saw one man fall down.

"Right out of nowhere I see the whole crowd, people yelling and screaming like it was out of a movie right," said Nico Pisello. "No one knows what’s going on."

Pisello said he went outside and rode around on a Logan bus for a few laps before he was allowed to go back inside the airport.

"I think the craziest part was no other terminal knew what was going on, so I'm on the bus, and everybody else is normal and my heart is racing," he said. "You would think the communication would be a little better. I'm going on Boston Logan's Instagram, I'm going on Twitter, Googling, just constantly refreshing Boston Logan news. I get no updates ... everybody's just waiting. It's frustrating."

With the Boston Marathon less than 24 hours away when the airport was evacuated, Pisello said it was a scary experience.

"This stuff can happen so to be here it’s like, 'okay, is it happening?' And right now it didn’t, that’s great," said Pisello, who added he grew up along the Boston Marathon route.

For others who had their children in tow on Sunday, the incident added another layer of fear for families.

"We had already gone through TSA, me and my children and all of a sudden we were getting our items from the bin and they told us to drop everything and just run and evacuate and it was a panic," recalled Tara Williams, who was traveling to Florida with her family for a vacation.

"It was pretty terrifying," she added. "This is their first time on a plane so yeah it was really scary for them."

As more travelers arrived to the airport later Sunday, lines wrapped around the terminal. 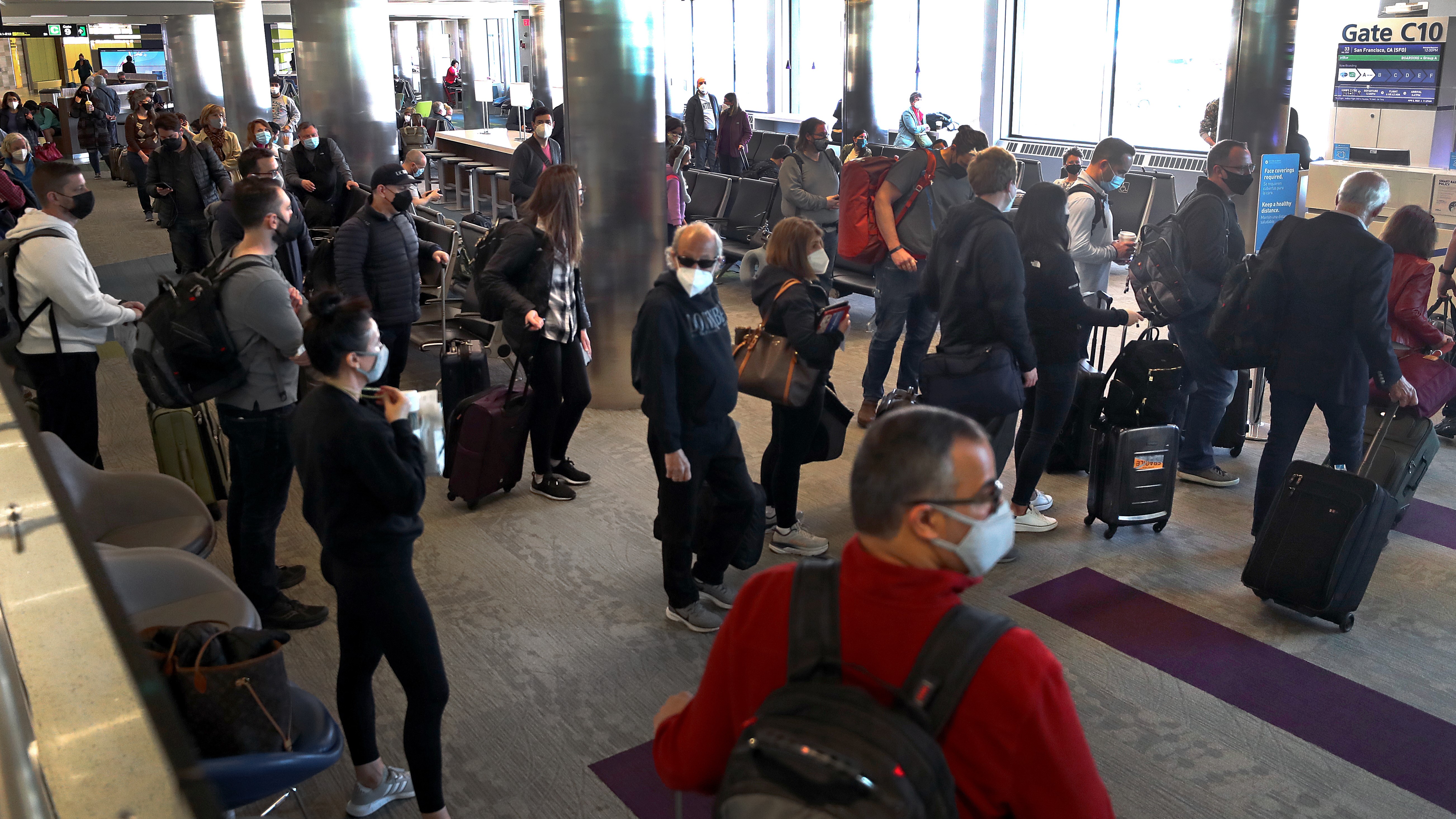 Others decided not to fight the long lines only to find out their plane had already departed Boston.

Mikaela Shevlin says she made the choice to call a ride home.

"I was all the way at the end of it for a while and then I realized it would probably be two hours after my flight left before I even got the chance to get in so decided to just try and reschedule which is going to be a mess but I’ll take it," she said.

While there was confusion and fear, undoubtedly, there was no real danger, and that's what had many people breathing a big sigh of relief on Sunday.