Easter Masses have been canceled at a church in Stoneham, Massachusetts amid a "growing number of parish staff and clergy" who tested positive for the coronavirus

St. Patrick Parish in Stoneham, Massachusetts, has canceled Easter masses amid a coronavirus outbreak among staff and clergy, according to the pastor.

Four office staff and one deacon have tested positive, according to Father Mario Orrigo, the pastor at St. Patrick, who explained that the numbers have grown since Monday.

"I don't want the parish to become an area of superspreader," said Orrigo. "So we have to protect one another, and therefore, I made that difficult decision, because this is the most important time of the church year."

Orrigo says he's heartbroken to call off the on-site services.

In a letter to the church, Orrigo said all services would be canceled through April 10. The church has suspended all gatherings and masses until then.

Pre-pandemic, there would have been over 1,000 people inside for Easter services.

With capacity restrictions, there have been up to 120 inside, but for the next 10 days, almost nobody is allowed in.

Orrigo says he and two deacons will stream a service from the church for Easter, but acknowledges it's not the same as having everyone together.

"We've got the church all decorated," he said. "We're all set to open up the lower church, which we've been working on, everybody's been pumped up to attend the Easter services."

Everyone who tested positive is quarantining, Orrigo said, adding that they are doing OK. 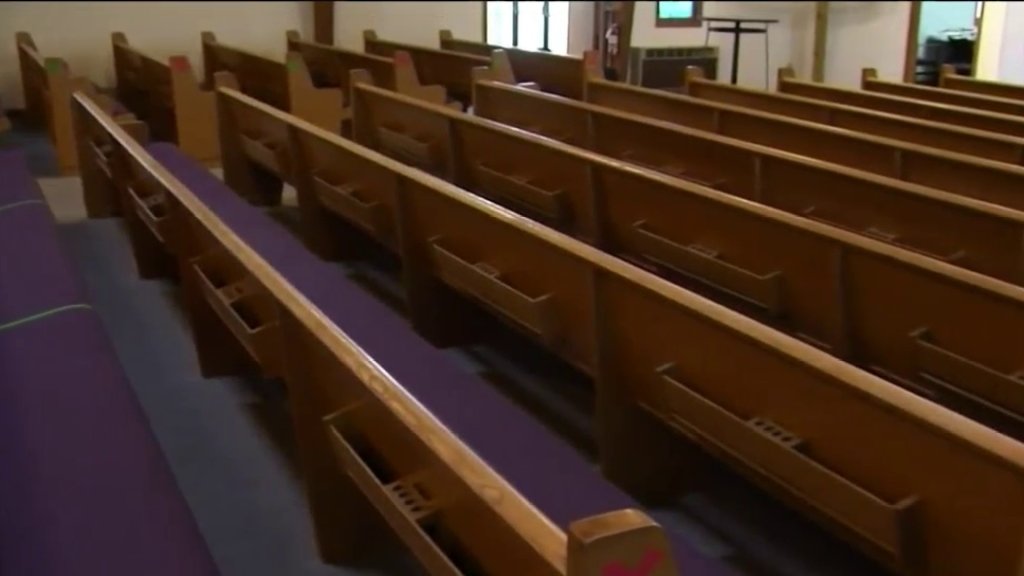