Thousands of people in Massachusetts woke up without power Christmas morning as downpours and wind gusts reach height intensity through 11 a.m.

More than 7,000 people in Massachusetts lost power Christmas morning as of 8 a.m., according to the Massachusetts Emergency Management System. Outages are scattered across the state.

National Grid and Eversource crews said they were ready to respond to the expected scattered power outages, bringing in additional workers from other locations.

"They bring in outside help from Canada, Pennsylvania, other states, other resources and they'll pre-position them all around the state. They might put more where they're expecting a lot higher wind," one lineman said. "You might have some more crews down the Cape, but we have crews positioned all over our three states that we cover - New Hampshire, Mass. and Connecticut."

Approximately 1-2" inches of rain had fallen as of 9 a.m. across much of Connecticut, Rhode Island, central and parts of western Massachusetts, according to the National Weather Service. The combination of heavy rain and snowmelt is causing flooding in some of these areas, where areal flood warnings are in effect.

The strongest wind gusts were reported in Plymouth Christmas morning, topping 60 mph, according to the National Weather Service of Boston.

Due to the weather conditions, the Steamship Authority cancelled morning trips at 6, 7, 8:15 and 9:30 between Woods Hole and Vineyard Haven, as well as 8:15 and 9:30 a.m. trips between Nantucket and Hyannis. 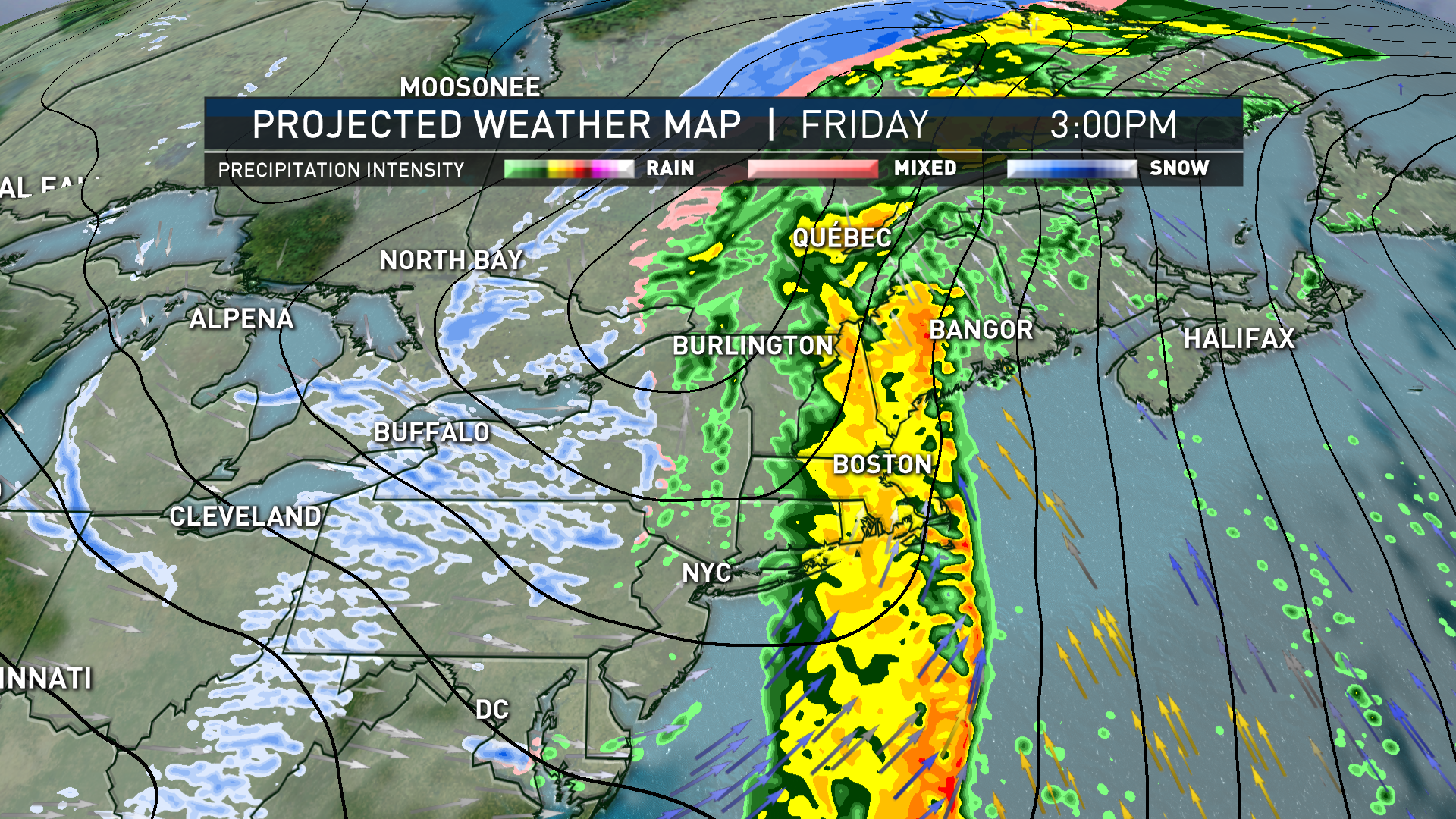