Boston voters will choose between City Councilors Michelle Wu and Annissa Essaibi George Tuesday in an historic race that will elect the first woman of color as mayor. Here's what you need to know to vote.

One of the two finalists, Wu or Essaibi George, is poised to become the first woman elected to serve as mayor in Boston's history after Acting Mayor Kim Janey in March became the city's first-ever female mayor. Throughout its long history, Boston has previously elected only white men as mayor.

Wu, 36, whose parents immigrated to the U.S. from Taiwan, grew up in Chicago and moved to Boston to attend Harvard University and Harvard Law School.

Essaibi George, 47, a lifelong Boston resident, describes herself as a first-generation Arab-Polish American.

Wu and Essaibi George are both Democrats, though the office is nonpartisan.

More on the Mayoral Candidates 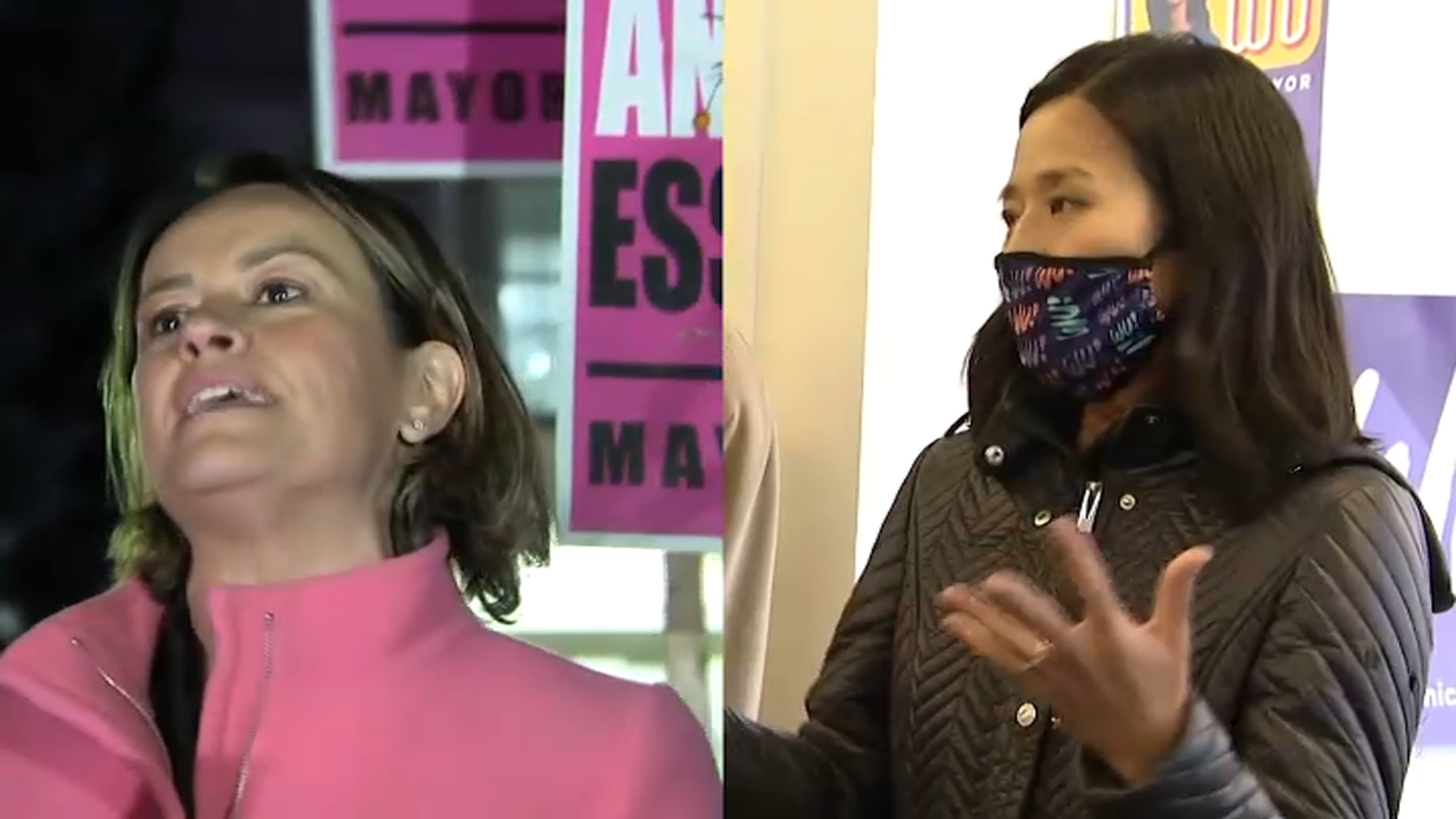 How to vote on Election Day

Polling locations for the Nov. 2 General Election will be open from 7 a.m. to 8 p.m. Click here for details on your polling location.

Nearly 40,000 votes have already been cast in early voting. Secretary of State William Galvin on Monday estimated about 135,000 ballots will be cast in Boston — about 30.5% of the city’s 442,000 registered voters. The predicted turnout rate would be the second-lowest in a Boston election with the mayor's office on the ballot since 2005.

Voting by mail has had a "fairly robust" presence in Boston ahead of Election Day, Galvin said, with about 53,000 mail-in ballots requested and more than 38,000 received as of Monday morning.

If you still have your mail-in ballot, don't put in the mail. It won't get counted in time. Mail-in ballots that haven't been mailed already must be returned to the Boston Election Department or placed in one of 22 ballot drop boxes across the city by 8 p.m. Tuesday for the vote to count.

If you need a ride to the polls, blue bikes will be available for free in 11 different areas. Riders can have unlimited two hour trips from any of the more than 400 blue bike stations. To access the bikes, download the app.

Voters will make Michelle Wu or Annissa Essaibi George Boston's first elected female mayor during Tuesday's election. The TEN breaks down why it took so long to get here and the different level of scrutiny women face while holding office.

What's on the ballot?

There are three questions on the ballot. Question 1 will ask about Boston's budget process, Question 2 will ask voters if they support the electric substation for East Boston and Question 3 will ask about changes to the appointed School Committee structure.

What about city council races?

There are also some contested races for city council district seats in Districts 3, 4, 5, 6, 7 and 9. Incumbents in Districts 1, 2, and 8 are running unopposed.

For more information on how to participate in this year's elections, visit boston.gov/election