President Joe Biden on Thursday announced an additional $800 million in military aid to help Ukraine fight back against the Russian invasion, but he also warned Congress will need to approve additional assistance.

The new military assistance package includes much needed heavy artillery, 144,000 rounds of ammunition, and drones for Ukrainian forces in the escalating battle for the Donbas region of eastern Ukraine. It builds on roughly $2.6 billion in military assistance that Biden had previously approved for Ukraine.

Biden said he wouldn't publicize all the aid the U.S. is providing to the Ukraine, paraphrasing President Teddy Roosevelt: "Sometimes we will speak softly and carry a large Javelin."

He said that $13.6 billion approved last month by Congress for military and humanitarian assistance was “almost exhausted.”

Biden also announced his administration is making it easier for Ukraine refugees to come to the United States from Europe while trying to shut down an informal route through northern Mexico that has emerged in recent weeks.

The program, United for Ukraine, aims to streamline refugee applications for Ukrainians and others fleeing the fighting. Starting Monday, the U.S. will no longer routinely grant entry to those who show up at the southern border seeking asylum, Biden warned, as thousands have done since the invasion ordered by Russian President Vladimir Putin began almost two months ago.

A group of 11 Ukrainians arrived at Ballindooley castle in Galway, Ireland, to escape violence in Ukraine.

Biden also announced that all Russian-affiliated ships would be barred from U.S. ports.

The latest aid package and sanctions comes hours after Putin claimed victory in the strategic city of Mariupol. Putin, however, ordered his troops not to risk more losses by storming the last pocket of Ukrainian resistance in the war’s iconic battleground.

Russian forces have destroyed much of southeastern port city, which has witnessed some of the fiercest fighting of the war. By Russian estimates, about 2,000 Ukrainian forces remain holed up in a sprawling steel plant, even as Russian forces continue to pound the industrial site and repeatedly issue ultimatums for Ukrainian forces' surrender.

Russian troops have besieged the port city since the early days of the conflict and largely reduced it to ruins.

Biden in a brief exchange with reporters following his remarks called Russia's claim on Mariupol “questionable.”

The new tranche of military assistance is expected to include 72 155mm howitzers, 144,000 artillery rounds, 72 vehicles used to tow to the howitzers onto the battlefield, and over 121 Phoenix Ghost tactical drones, as well as field equipment and spare parts. 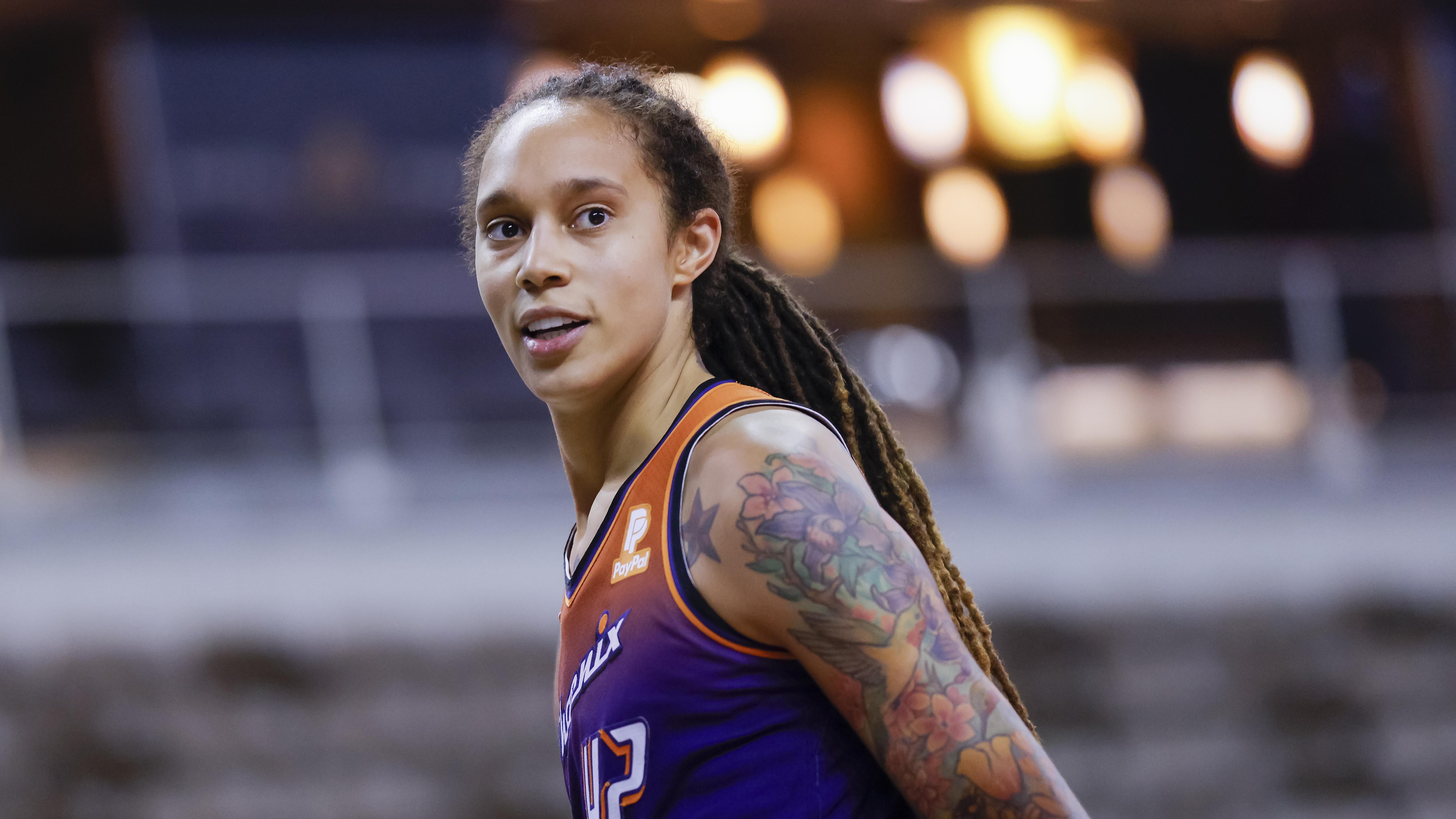 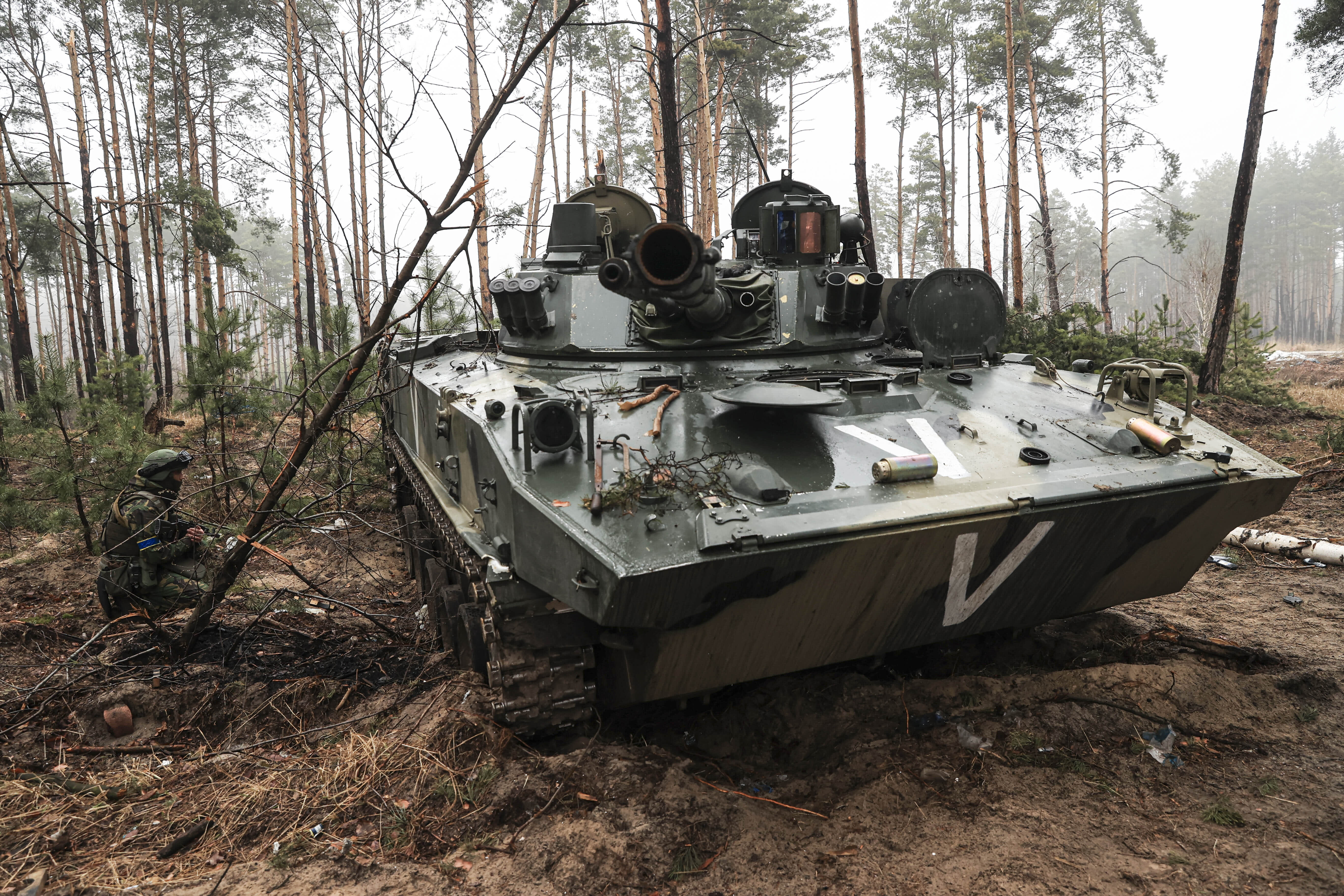 The 72 howitzers are in addition to the 18 announced last week the U.S. was transferring to Ukraine.

A senior U.S. defense official said training of Ukrainian personnel on American 155mm howitzers has begun in a European country outside Ukraine.

Biden on Wednesday lauded U.S. military officials for “exceptional” work arming Ukraine as he gathered the nation's military brass for their first in-person group meeting at the White House of his presidency.

Such a gathering was last held in October 2019. Donald Trump was president at the time and was facing a House inquiry that would lead to his first impeachment, which centered on allegations that he withheld military assistance from Ukraine as part of an effort to pressure Zelenskyy to dig up dirt on Biden's adult son's business dealings in Ukraine.