The Georgia prosecutor looking into possible attempts to interfere in the 2020 general election by former President Donald Trump and others has asked for a special grand jury to aid the investigation.

Fulton County District Attorney Fani Willis on Thursday sent a letter to Fulton County Superior Court Chief Judge Christopher Brasher asking him to impanel a special grand jury. She wrote in the letter that her office “has received information indicating a reasonable probability that the State of Georgia's administration of elections in 2020, including the State's election of the President of the United States, was subject to possible criminal disruptions.”

Willis has declined to speak about the specifics of her investigation, but in an interview with The Associated Press earlier this month she confirmed that its scope includes — but is not limited to — a Jan. 2, 2021, phone call between Trump and Georgia Secretary of State Brad Raffensperger, a November 2020 phone call between U.S. Sen. Lindsey Graham and Raffensperger, the abrupt resignation of the U.S. attorney in Atlanta on Jan. 4, 2021, and comments made during December 2020 Georgia legislative committee hearings on the election. 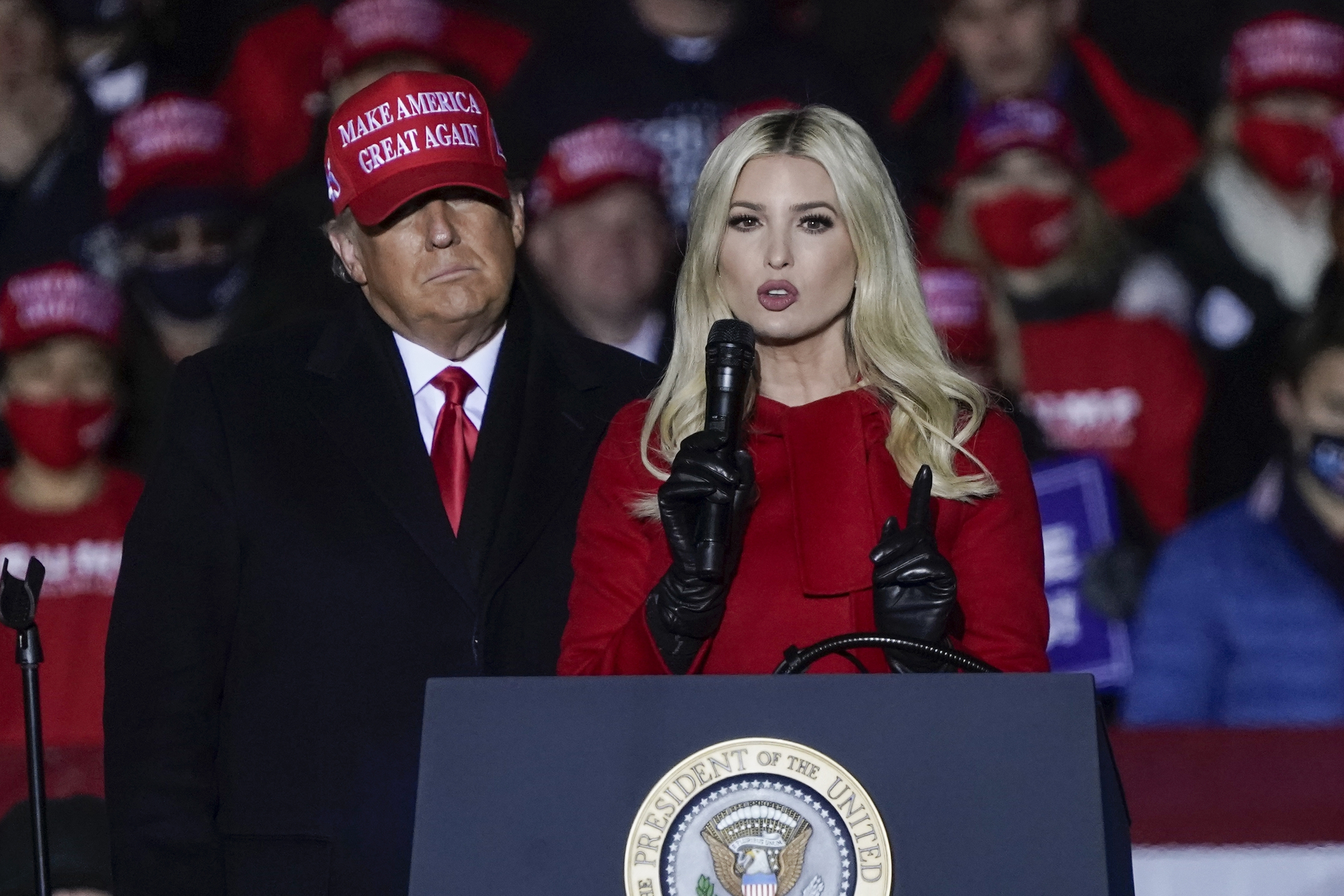 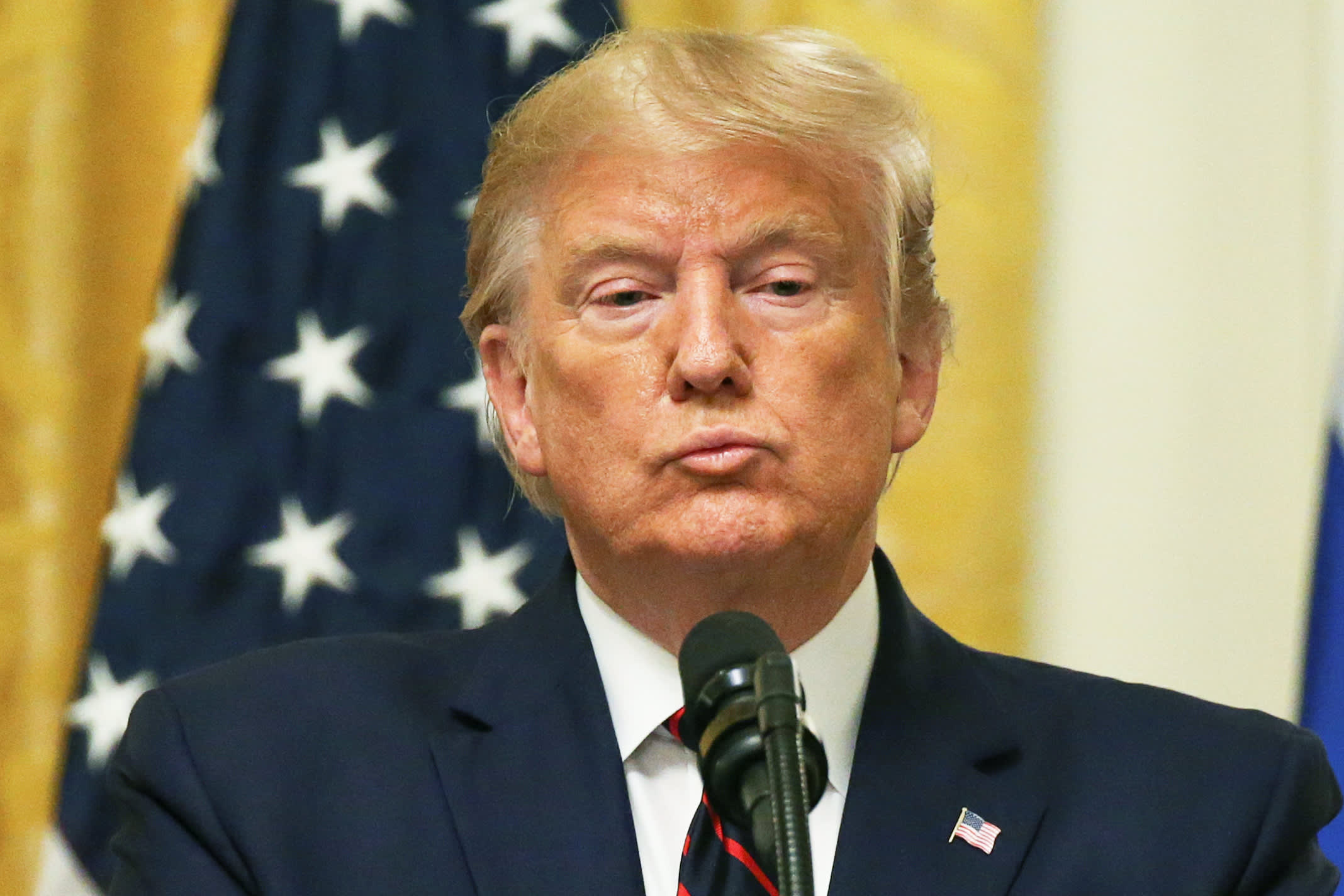 A Trump spokesman has previously dismissed the investigation as a politically motivated “witch hunt.” Graham has also denied any wrongdoing.

In a statement Thursday, Trump said his call to Raffensperger was “perfect.”

“I didn’t say anything wrong in the call, made while I was President on behalf of the United States of America, to look into the massive voter fraud which took place in Georgia,” Trump said. He ended his statement by saying, “No more political witch hunts!”

Federal and state officials have repeatedly said there was no evidence of widespread voter fraud in Georgia or elsewhere in the country during the 2020 election.

An AP investigation into cases of potential voter fraud in Georgia and the five other battleground states where Trump disputed his loss to Democratic President Joe Biden found fewer than 500 cases.

In Georgia, officials identified 64 potential voter fraud cases, representing 0.54% of Biden’s margin of victory in the state. Of those, 31 were determined to be the result of an administrative error or some other mistake.

Willis' office has tried to interview multiple witnesses and gather evidence, but some witnesses and prospective witnesses have refused to cooperate without a subpoena, she wrote in the letter to Brasher. For example, Willis wrote in the letter that Georgia Secretary of State Brad Raffensperger, whom she calls an “essential witness,” has “indicated that he will not participate in an interview or otherwise offer evidence until he is presented with a subpoena by my office." A special grand jury would have the power to subpoena witnesses.

Asked by email whether he would decline to participate without a subpoena, Raffensperger's office did not immediately provide a statement to the AP. But Raffensperger said Thursday afternoon on Fox News that his office has cooperated, sending Willis' team anything they've requested, and that he would follow the law and comply if compelled to appear before a grand jury.

Special grand juries, which are not used often in Georgia, can help in the investigation of complex matters. They do not have the power to return an indictment but can make recommendations to prosecutors on criminal prosecutions.

She also asked that a superior court judge be appointed to assist and supervise the special grand jury in its investigation.

Willis, who took office in January 2021, sent letters to top elected officials in Georgia in February instructing them to preserve any records related to the general election, particularly any evidence of attempts to influence election officials. The probe includes “potential violations of Georgia law prohibiting the solicitation of election fraud, the making of false statements to state and local government bodies, conspiracy, racketeering, violation of oath of office and any involvement in violence or threats related to the election’s administration,” the letters said.

Willis, a longtime prosecutor, has repeatedly said that she is aware of the intense public interest in her investigation, but she's said she won't be rushed. She told the AP that a decision on whether to seek charges in the case could come in the first half of this year.

In her letter to Brasher, Willis said her office has learned that people who may have tried to influence Georgia's election have had contact with the secretary of state, the state attorney general and the U.S. attorney's office in Atlanta. That means her office is the only one with the authority to investigate these matters that is not also a potential witness, she wrote.

Legislatures in Texas, Florida and other states have proposed limits on ballot drop boxes and other election security measures. The laws come after former President Donald Trump claimed of widespread fraud in the 2020 election, contrary to multiple lawsuits and audits that did not support his claims. Now, governors up for re-election in 2022 could see election policies become a major campaign issue, says Insider Senior Politics Reporter Grace Panetta.
Copyright AP - Associated Press