Trump on Deal for ‘Dreamer’ Immigrants: ‘NO MORE’

President Donald Trump has declared "NO MORE" to a deal to help "Dreamer" immigrants and threatened to pull out of a free trade agreement with Mexico unless it does more to stop people from crossing into the U.S. On Sunday and Monday he claimed over tweets that they're coming to take advantage of protections granted certain immigrants.

"NO MORE DACA DEAL!" Trump tweeted Sunday, one hour after he began the day by wishing his followers a "HAPPY EASTER!"

He said Mexico must "stop the big drug and people flows, or I will stop their cash cow, NAFTA. NEED WALL!" The U.S., Canada and Mexico are participating in tense negotiations over the North American Free Trade Agreement at Trump's insistence. Trump says NAFTA is bad for the U.S.

"A lot of people are coming in because they want to take advantage of DACA," he added.

Former President Barack Obama created the Deferred Action for Childhood Arrivals program to provide temporary protection and work permits to hundreds of thousands of immigrants who are living in the U.S. illegally after being brought here as children. Trump ended the program last year, but gave Congress six months to pass legislation enshrining it. A deal has so far proved elusive and Trump has blamed Democrats.

It was not immediately clear what Trump was referring to when he said people are coming to take advantage of the program. 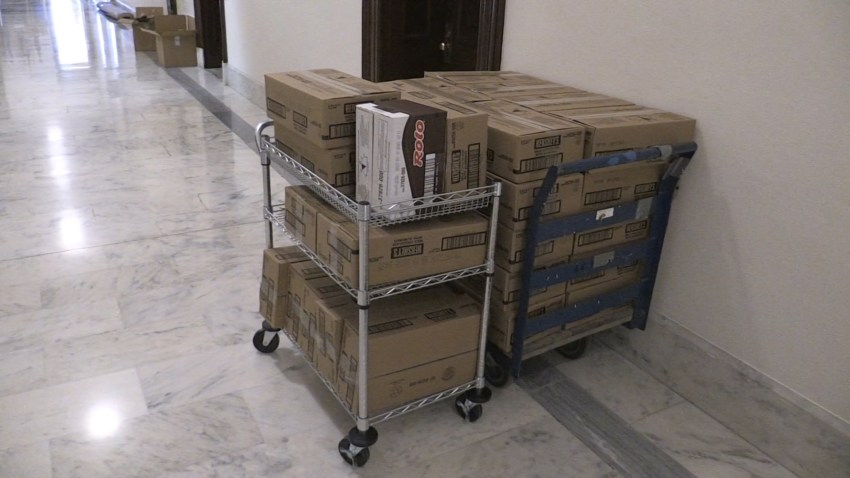 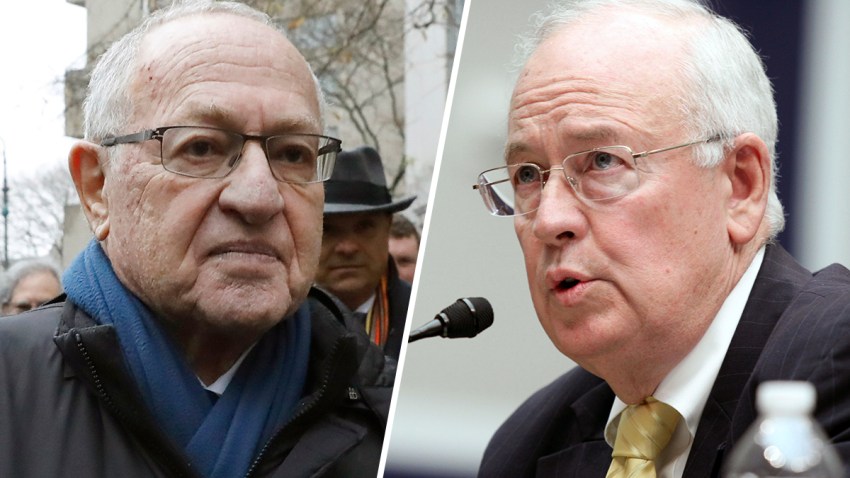 The Department of Homeland Security is not issuing new permits, though existing ones can be renewed. The Obama administration allowed signups during a set period of time, and the program is closed to new entrants.

Proposed DACA deals crafted by lawmakers and rejected by Trump also were not open to new participants.

Trump did not explain what he meant when questioned by reporters as he entered the Church of Bethesda-by-the-Sea with the first lady and his daughter Tiffany. The White House did not immediately respond to a request for clarification.

Trump, when addressing reporters briefly before entering the church, again blamed Democrats for failing to protect the "Dreamers."

"They had a great chance. The Democrats blew it. They had a great, great chance, but we'll have to take a look because Mexico has got to help us at the border. They flow right through Mexico. They send them into the United States. It can't happen that way anymore."

Trump promised during the 2016 presidential campaign to build a Southern border wall to stop illegal immigration and drugs from Mexico, but Congress has frustrated him by not moving as quickly as he wants to provide money for construction.

The president also complained on Twitter that border patrol agents can't do their jobs properly because of "ridiculous liberal (Democrat) laws" that allow people caught for being in the country illegally to be released while they await a hearing before a federal immigration judge.

Trump tweeted that the situation is "Getting more dangerous" and "Caravans" are coming. He did not offer details to back his comment.

The president's tweets came after Fox News' "Fox & Friends" reported early Sunday on what it said is a group of 1,200 immigrants, mostly from Honduras, headed to the U.S. The segment was a follow-up to a report by Buzzfeed News on hundreds of Central Americans making their way through Mexico in hopes that American authorities will grant them asylum or be absent when they attempt to cross the border.

The Fox headline was "Caravan of illegal immigrants headed to U.S." The president is known to watch the cable TV program in the morning.

Brandon Judd, leader of the union representing border patrol agents, predicted on "Fox & Friends" that those in the caravan would create havoc and chaos in the U.S. as they wait for what he described as immigration reform. Judd also said Congress needs to pass tougher laws, an idea Trump appeared to echo, and create more bed space for immigration authorities to house people.

Ohio Gov. John Kasich, a Republican, chided Trump over the tone of the tweets.

"There are plenty of lawmakers on both sides of the aisle who stand ready to work with the administration on legislation to protect DACA kids who call America home," he tweeted. "Let's do it."

Sunday's church visit was Trump's first public appearance with his wife since CBS' "60 Minutes" aired an interview the previous Sunday with Stormy Daniels, the adult-film star who says she had sex with Trump in 2006, early in his marriage and a few months after Mrs. Trump gave birth to their son. The White House says Trump denies the affair. Mrs. Trump spent most of the past week in Palm Beach with her son.