#KeepBrady2020: Why Tom Brady Shouldn't Be the Scapegoat for This Season

No matter that Tom Brady is quickly becoming gray and old, he needs to be walking through the doors of Gillette Stadium in 2020.

When Rick Pitino spouted off about the "gray and old" Larry Bird, Robert Parish and Kevin McHale not "walking through that door" in March 2000, it was one of the lowest points of the post-Bird, pre-Brady era in Boston — of which there were many.

Letting Brady leave as a free agent would usher in a similar era of darkness, at least as far as the Patriots are concerned.

Brady bounced back strong in 2014, en route to snapping the franchise's 10-year drought between Super Bowls. New England spent a second-round pick on Jimmy Garoppolo in the 2014 NFL draft, a popular theory for Brady's resurgence from 2014-17, but perhaps it was merely the return to health of Rob Gronkowski and Danny Amendola to go along with Julian Edelman and a solid-if-unspectacular Brandon LaFell and later, Chris Hogan and Brandin Cooks, which fueled some of Brady's finest seasons.

Fast forward to the present and the arsenal around Brady is at a similar crossroads as in 2013. Only Edelman remains, coming off of his best season since - wait for it - 2013, due largely to the inadequacies of what was around him in both cases.

Only this time, Edelman will be 34 come OTAs next spring. As it is, he was the third-oldest receiver in the league behind Larry Fitzgerald and Ted Ginn Jr. last season.

The Patriots completely neglected the tight end position following Gronk's retirement last March. And when you put your eggs in the basket of Josh Gordon and Antonio Brown at wide receiver, what did you truly expect to happen?

All of this is to say that for the many shortcomings the Patriots ultimately had — particularly on offense — in 2019, Brady shouldn't be the scapegoat.

When asked Monday about the future of Patriots Tom Brady, Boston Mayor Marty Walsh said it was time to reflect on the quarterback's accomplishments and relish in all the team's championships. The mayor said he hopes Brady stays in New England.

He's not blameless, either. His seeming refusal to put in the extra work with rookies N'Keal Harry, Jakobi Meyers and (when healthy) Gunner Olszewski didn't help anybody. Not himself, not the development of the youngsters, and most certainly not the team which was, at one point, 8-0.

But if Brady were to leave for a new team, would he himself have the patience to deal with an entirely new crop of receivers, both young and old? With or without Josh McDaniels at offensive coordinator, familiarity should be his top draw back to Foxboro.

"I love the Patriots," Brady said after New England's embarrassing wild-card loss to the Tennessee Titans. "I mean, they obviously — this is the greatest organization, and playing for Mr. [Robert] Kraft all these years and for coach [Bill] Belichick — there's nobody that's had a better career, I would say, than me, just being with them. So, I'm very blessed and I don't know what the future looks like and I'm not going to predict it."

Brady added that retirement was "pretty unlikely" in the same postgame press conference before declaring on Instagram on Wednesday "I know I still have more to prove." 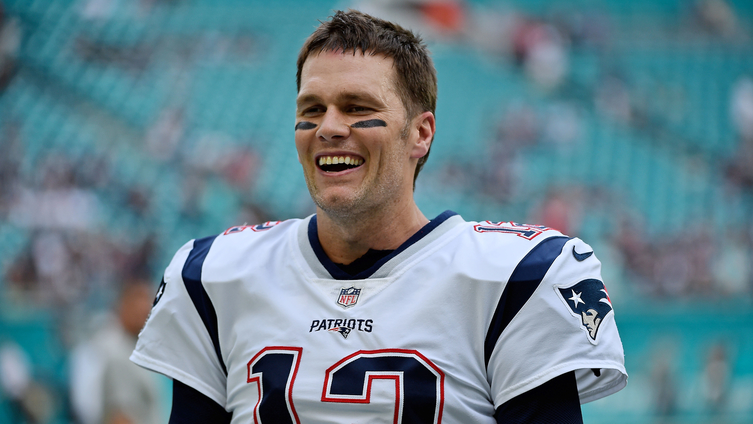 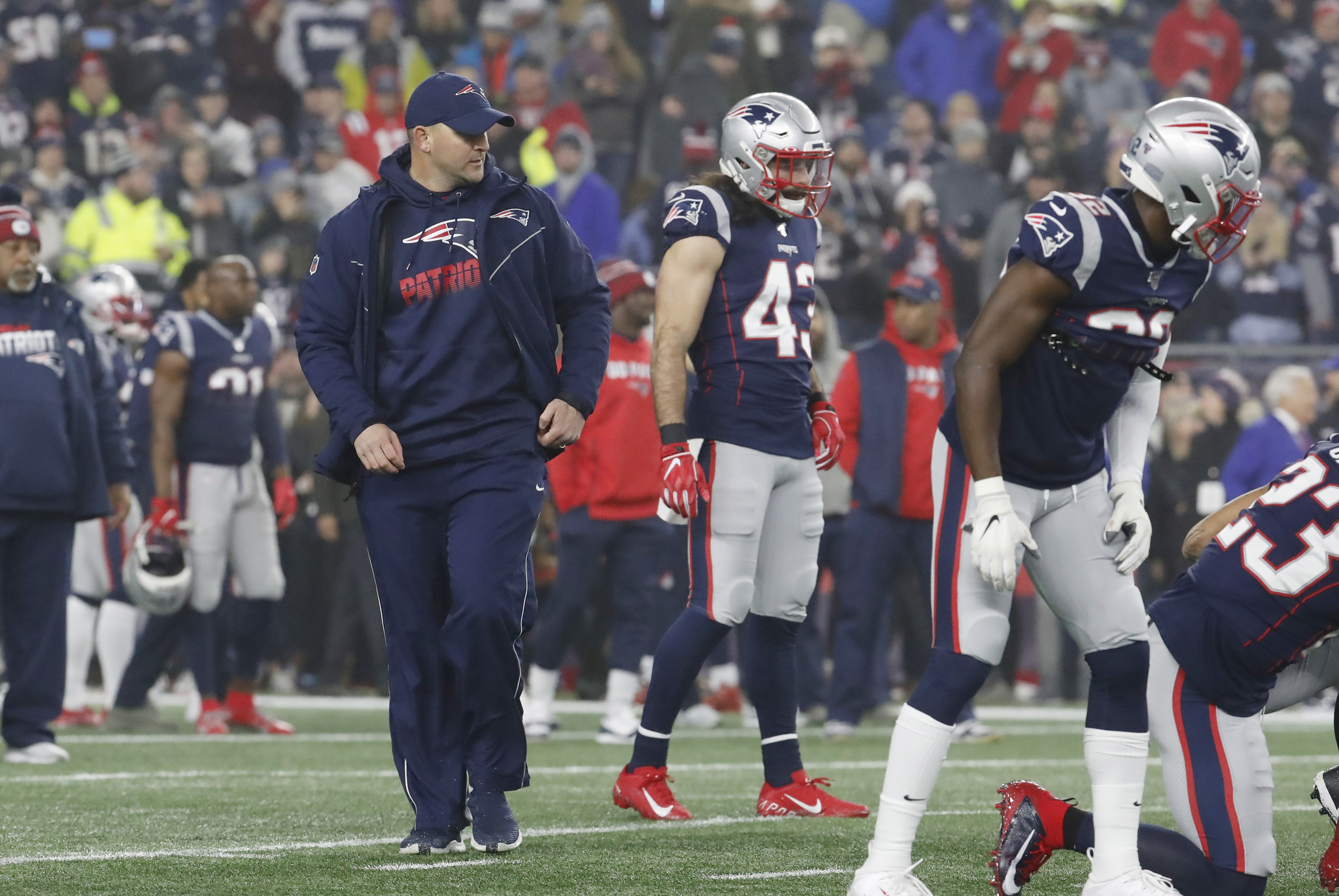 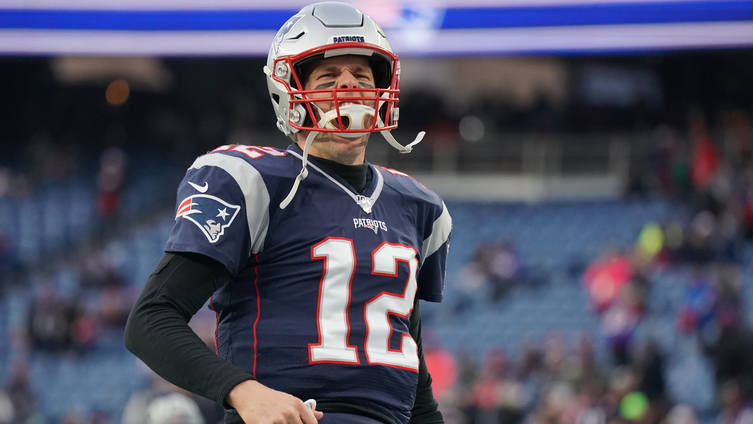 ‘If It's the Patriots, Great': What Tom Brady Said About His Impending Free Agency

Never mind that he has virtually nothing to prove, what with six Super Bowl titles and all, Brady didn't just put the ball in Kraft and Belichick's court; he pinned them inside the 1-yard line with a punt that would have Belichick glossing about what a weapon he is.

Belichick did call Brady an "iconic figure" less than 12 hours after New England's season ended on Sunday morning, noting "nobody respects Tom more than I do."

He prefaced that by saying that the future is the future for all 53 players on the Patriots' roster, from Brady on down to Marshall Newhouse or James Ferentz.

All due respect to Belichick, it's not the same. There's only one way I know that the Patriots won't contend for a Super Bowl title in 2020, and that's without Brady on the roster.

Bill Belichick would not comment on Tom Brady's future Sunday morning when he spoke to the media following the team's Saturday night loss to the Titans.

"Belichick or Brady?" has become something of a "Chicken or the Egg?" when it comes to who's most responsible for the success New England has had over the last two decades. It's true that Brady plays on only one side of the ball and doesn't control the team's personnel department.

It's also true that Brady doesn't control the draft, where the Patriots have failed to land an impact player in the first round since Dont'a Hightower (and Chandler Jones) in 2012. The jury is still out on Isaiah Wynn, Sony Michel and N'Keal Harry.

The shortfall of young talent on New England's roster will become readily apparent if Brady walks. He's covered up shortcomings on the team before, carrying generally weak rosters (think 2006 or 2013) all the way to the AFC Championship Game.

Even if Brady is in decline, almost undeniable at this juncture, he's still capable of masking otherwise fatal flaws.

You're probably thinking to yourself that a loss on wild-card weekend is a fairly fatal flaw. It's like going 2-14 as far as the Patriots are concerned.

New England would never fall quite that low with Belichick still around, but reaching the playoffs would be an uphill battle without Brady on the roster in 2020.

There are salary cap ramifications which make it even more important for Brady to remain in New England, including $13.5 million in dead money in 2020 as soon as his contract voids on March 17. The Patriots would, in essence, be paying Brady $13.5 million if he were to play for another team or retire.

Brady won't last forever. Whether after this next season, 2021, 2022 or even beyond, there will come a day where Tom Brady will retire and there will be a new quarterback for the New England Patriots.

Plugging in a new quarterback now would be setting up said passer for failure. Jarrett Stidham may have an NFL future, he may just be roster filler, but expecting him or anyone else to replicate what Brady was even in 2019 is an unfair ask.

With Brady and with other slight roster upgrades, the Patriots are still good enough to contend for a Super Bowl.

If not? Not even Drew Bledsoe is walking through that door, fans.