The Red Sox begin their final homestand of 2021 on Friday and they've got a message for their fans that channels Uncle Sam. 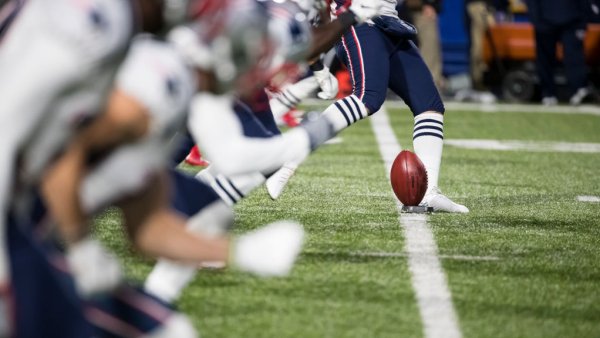 The Patriots Just Issued Julian Edelman's No. 11 to This Player 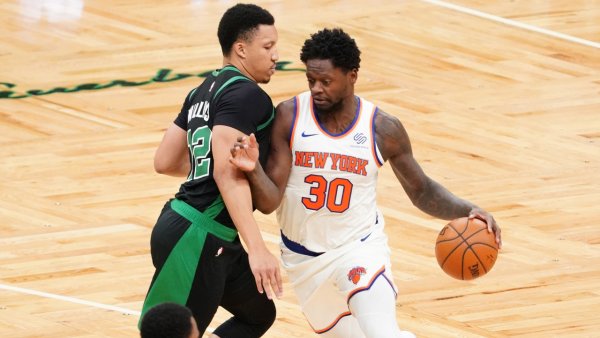 Here's the Celtics' Starting Lineup for the Season Opener Vs. the Knicks

A campaign that started with modest expectations is ending with a mad dash for the playoffs. The Red Sox haven't followed a linear path to contention, but in the big picture this is really all we could've asked for, and now they're asking something of you.

Fill Fenway Park and carry the club to the finish line.

"I think playing meaningful games at home, it means a lot," said manager Alex Cora after Wednesday's 9-4 victory over the Mariners. "I know last year was a tough one for the organization and for the fans. Obviously coming into the season, nobody expected this homestand to mean something for the playoff hunt. So we're in this position, Friday should be Chris (Sale), Friday night at Fenway, I've been saying all along. Hopefully it's loud and it's intense."

Tomase: Schwarber's bat is too good to sit because of his glove

The Red Sox clearly believe they've done their part during this confounding but ultimately rewarding season. The Vegas oddsmakers put them at 80.5 wins, a total they exceeded over the weekend in Chicago.

They raced to the best record in baseball in the first half before stumbling in July and dragging ass through most of August. But despite inconsistent offense, defense, starting pitching, and relief, and despite a COVID outbreak that felled half the active roster, and despite fielding lineups of street free agents and Triple-A filler, they've managed to stay alive in baseball's best division.

"The first half, we didn't have much adversity," reliever Adam Ottavino said. "I think it's important for a team to face adversity if they want to get all the way to the end, whether it's this year or in the future. Second half, we faced a lot of it -- COVID, poor performance, just a lot of things. But we're kind of figuring out how to play through that and I think we can expect more adversity from here on out, so at least we're conditioned a little bit."

They enter the final 14 games in a virtual tie with the Blue Jays and Yankees atop the wild card race. All three teams won on Wednesday, leaving the 83-65 Red Sox just percentage points behind the 82-64 Yankees and Jays, all of them eight games behind the division-leading Rays.

On Wednesday, the Red Sox took care of business in Seattle by winning their second straight against the Mariners and effectively ending Seattle's playoff hopes. The Red Sox now turn their attention to an eight-game homestand that could decide their fate. They open with the Orioles, play a couple against the dysfunctional Mets, and then finish with the Yankees in their only remaining series against a team with a winning record. They close out the season in the mid-Atlantic with six against the woeful Orioles and Nationals

They'd like to hit the road with momentum, and it wasn't hard to read between the lines after Wednesday's victory that they desperately want the boost only a raucous Fenway can provide.

"We're going to have three series at home, a place we expect to win," Ottavino said. "We're going to need to win a lot of those games, so hopefully the fans really bring it and we can bring it on the field."

A baseball season is a pact. Play hard and play well, and the fans will show their support. Play poorly they'll stay home or change the channel.

The Red Sox, despite their struggles in July and August, have done their part. They just split six games against the contending White Sox and Mariners on the road, and they've set themselves up to build momentum at Fenway over the next 10 days that they'd love to carry right into October.

They clearly believe they've earned the respect and support of their fans.

"I think you saw this team step up to every occasion that we've been presented with," said starter Tanner Houck. "I know that ever since the All-Star break, a lot of people have been criticizing and stuff like that, but this team has continued to work and continued to push themselves and not give up. I know they're just as excited as everyone else to get this win and come back home.

"The team is extremely excited to be back, to be at Fenway, to have all the fans, the fan support. So to have that going home for a few days, it will be great, and we're excited to see that energy."

The Red Sox rank fourth in the American League in attendance, but outside of a couple of games against the Yankees in June, they haven't really banged out the park. During a recent showdown with the Rays, for instance, they only averaged 26,000 fans a night, at least 10,000 below capacity.

They'd like to see those numbers climb, starting on Friday vs. the Orioles. The pennant race has arrived, they've played at playoff intensity all month, and it can't be a coincidence that everyone who spoke after Wednesday's win made a point of mentioning how badly they want to hear the fans this weekend.

"Like I said before, not too many people thought the last homestand of the season was going to mean something," Cora said. "Now it means a lot. Hopefully it's going to be fun Friday and the rest of the week and we can take care of business."