The Boston Red Sox are offering refunds or replacement tickets for the games that have been missed so far this coronavirus-hit season.

The news, announced Wednesday, came after a report that Major League Baseball is discussing a plan to start the season in late June. The plan, as reported by USA Today, would see games played in home stadiums in a realigned league made up of three divisions divided by location.

It would be a welcome change at Fenway Park, whose gates have remained locked so far this year. Acknowledging that, the Red Sox are offering ways to replace tickets for games that were to be played there from April 2 to May 28.

For people with individual tickets, the options are refunds, credits to be used by 2021 or exchanges for games to be played later this season. Season ticket holders can opt for a full refund or a credit with a 10% bonus.

“We appreciate how patient our fans have been as we worked through the implications of the pandemic on our schedule. We extend our best wishes for the health and safety of the individuals and families in Red Sox Nation,” Red Sox President and CEO Sam Kennedy said in a statement.

In mid-march, the league pushed back Opening Day because of the coronavirus pandemic, which has left more than 60,000 Americans dead as of Wednesday.

But the report of the MLB's plan for reopening suggests the possibility that the season won't be lost. In it, the Red Sox would be in the "East" division and play the Yankees, Mets, Nationals, Orioles, Phillies, Pirates, Blue Jays, Rays and Marlins.

A spokesperson for Major League Baseball did not confirm the details but said they have not looked to approve any plan.

"MLB has been actively considering numerous contingency plans that would allow play to commence once the public health situation has improved to the point that it is safe to do so," according to a statement from MLB sent to NBC10 Boston.

Professional baseball season has begun in Taiwan but with no fans. To help prevent the spread of coronavirus, the games are being played in empty stadiums with cardboard cut-outs of fans.

The baseball void is being filled in Taiwan, where the Chinese Professional Baseball League is playing in empty stadiums and broadcasting live on Twitter.

"This is a sport that got us through a Great Depression and two world wars," said Richard Johnson, a sports historian.

He said the last planned reduced season for Major League Baseball was for World War I.

"Keeping it in the regions of the country is a brilliant idea," said Johnson. "It's really probably the only way that they could squeeze a what would be a reduced major league schedule in this year."

More on the MLB and Coronavirus 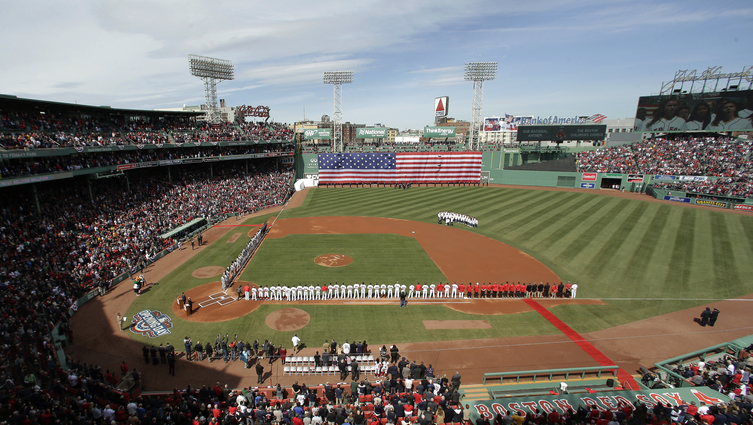 Here's What a Delayed Red Sox Season Could Look Like