The rain Saturday night will be locally heavy, especially across Connecticut, Rhode Island and southeast Massachusetts

Low pressure will track out of the Ohio River Valley and enter southern New England Saturday evening, bringing with it mild temperatures and rain, which will be locally heavy tonight, especially across Connecticut, Rhode Island, and southeast Massachusetts.

Northern New England will see mostly rain (mix far north), but as a cold front moves southeastward out of Canada and into the area, rain will transition to snow from north to south during the overnight hours.

Temperatures will hold steady in the upper 40s to around 50s south, 40s central areas, 30s far north, but dropping into the 20s as colder air funnels south.

Rain will exit southern New England Sunday morning and we could also see a few breaks of sunshine during the late morning/early afternoon hours. Thereafter, clouds will thicken once again with another round of rain showers possible as the cold front approaches.

Meanwhile, we’ll continue to follow rain transitioning to snow during the morning and afternoon hours from northern New England to central areas.

Temperatures will start out mild south, low 50s, but drop into the 40s during the afternoon as winds switch to the northwest. Temps north will fall through the 30s, 20s far north during the day. 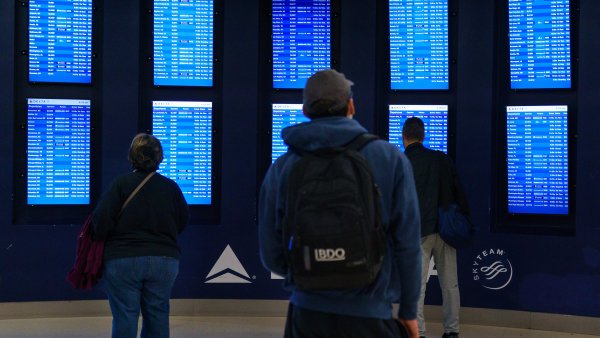 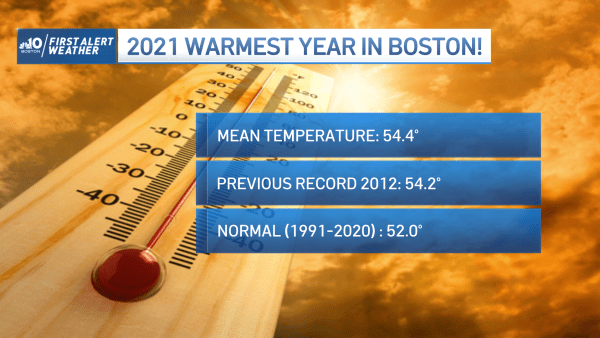 2021 Was Boston's Warmest Year on Record

The cold front sweeps through southern New England Sunday night and ushers in much colder air with the risk for a few lingering snow showers across northern Massachusetts, New Hampshire, and Maine.

The new work week starts out blustery Monday with temperatures moderating back into the 40s by the middle of the week!

Have a healthy and happy New Year!