The rate of new daily vaccinations rose in Massachusetts for months. Here's when it peaked and began to fall -- at least so far

After a long, steady rise in COVID-19 vaccinations, the number of people receiving the shots in Massachusetts has leveled off and started to decline, state health department data shows.

Data from the state Department of Public Health's daily vaccine reports show two peaks in average vaccine doses given out: April 15 and April 28, both followed by slight declines.

The data show a rise in average daily vaccinations after new groups become eligible for the vaccine, but since the most recent and final step forward — opening appointments to everyone in the state ages 16 and over on April 19 — a similarly substantial rise did not materialize, with the second peak slightly lower than the earlier one.

Part of the dip in April could be attributed to the pause in Johnson & Johnson vaccines as health experts looked into extremely rare blood clots in people who got the single dose. However, Baker had said the pause would have "minimal disruption" given the small relative percentage of Johnson & Johonson vaccine given out in the state compared to Pfizer and Moderna vaccines. As of Sunday, the two-dose vaccines accounted for more than 96% of the doses given out in the Bay State, according to state health data.

The Boston Globe reported Sunday that vaccine distributors around the state have been seeing fewer people show up in recent weeks.

While the number of people getting coronavirus vaccines in Massachusetts has gone up, there is now a surplus of appointments.

The number of first doses given at six locations associated with Boston Medical center dropped by nearly half from two weeks ago to last week, one doctor told the newspaper. The president of CIC Health, Rachel Wilson, said appointments being booked on Massachusetts' preregistration site have slowed down.

“It used to be filled within seconds,” she told the Globe. “There’s no doubt there’s a slowing down.”

Still, most adults in Massachusetts have gotten at least one shot: 70%, the second-highest rate in the nation after New Hampshire's, according to U.S. Centers for Disease Control and Prevention data Monday.

More than 2.5 million Massachusetts residents have been fully vaccinated, including about 75% of residents over 65, according to state data.

Gov. Charlie Baker on Monday announced that the state will close four of its mass vaccination centers in June as it pivots to a new to a new, more "targeted" phase of vaccine distribution focused on regional collaboratives, pharmacies and walk-up and mobile clinics that seeks to vaccinate more residents in disproportionately impacted communities.

"It's time to adapt our vaccination effort to make sure we get to some of the harder-to-reach populations," he said.

NBC10 Boston's Asher Klein and Young-Jin Kim and The Associated Press contributed to this report. 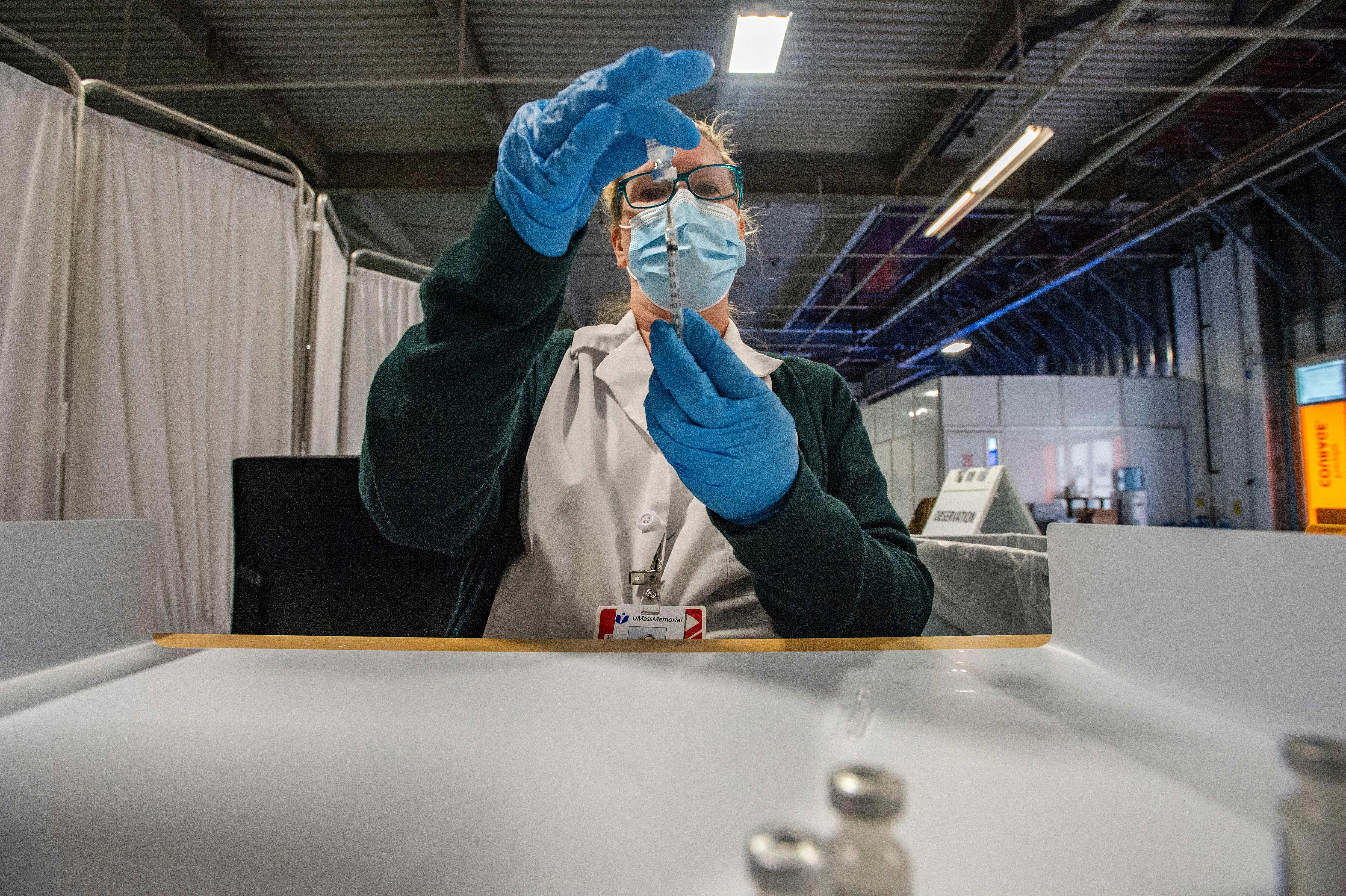