Gov. Charlie Baker on Wednesday urged residents to be patient with the COVID-19 vaccination rollout in Massachusetts amid growing frustration over the state's vaccination sign-up process.

Saying the process would remain difficult until a steadier stream of doses arrives from the federal government, Baker said eligible residents should be ready to visit the state website "several" times as they attempt to set up an appointment.

"We expect that by the start of Phase 2 there will be a large number of residents trying secure a limited number of appointments," Baker said during a press conference. "If you can't secure an appointment right away, you need to be patient about that. We understand the difficulty that's attached to that, but keep checking the website."

The remarks come after the state on Wednesday began allowing residents 75 or older to begin signing up for COVID-19 vaccinations. That demographic group is included in Phase 2 of the state's vaccination plan, which begins Monday.

But many are complaining about the state's vaccination website, saying it is difficult to navigate.

Massachusetts resident Cathy Ferguson said she stayed up until midnight trying to get her 82-year-old mother-in-law a vaccination appointment.

"I feel like it's a mish-mash week to week," she said. "Nobody really knows what's going on."

Baker said the system was backed up because the demand for vaccinations was outstripping supply, adding that some 20,000 first responders eligible in Phase 1 of the plan were still "working through the process."

The governor said his administration was working to create additional resources to help seniors navigate the sign-up process, including by providing more information to local governments. He also asked residents to help loved ones or neighbors who may be struggling with the process.

Mass. residents who are 75 and older can start registering for vaccine appointments, but Gov. Charlie Baker says it may take time.

"Wow, I've been trying since six this morning," said Mia Silva, a Framingham resident who was trying to book vaccine appointments for her elderly parents. "If my parents didn't have us, there would be no way they'd be able to navigate getting an appointment, and it's not fair. I feel like a lot of people won't go vaccinate because it's too stressful."

"There's so many issues," said UMass Amherst professor Anna Nagurney, an expert in logistics. "We don't have a centralized database for registering in the state of Massachusetts, so folks have to go from one website to another."

She's even noticed mistakes on the various websites people are directed to.

"This shouldn't be happening in a state that's known for its prowess in information technology," said Nagurney.

The race is on to vaccinate as many people as possible, but some Massachusetts residents are expressing frustration over the state's registration website.

Baker said the state was told by the Biden administration that more vaccination doses would arrive soon, but that he did not receive further details.

"The state's ability to vaccinate our residents will obviously depend on how much vaccine we get from the federal government and when; suffice to say we'll move the doses when they arrive," he said.

Anyone ages 75 or older can begin making appointments for dates Monday, Feb. 1 or later as early as Wednesday at select locations. More locations will have appointments available in the coming days. Because vaccine supply is limited, folks may need to wait several weeks to schedule an appointment.

Seniors can begin making an appointment by following these steps:

Those 65 and older and individuals with two or more comorbidities will be in the second priority group, in keeping with guidelines from the U.S. Centers for Disease Control and Prevention.

As Massachusetts prepares to ramp up vaccinations, Gov. Charlie Baker has released new details about the rollout.

The AARP of Massachusetts is also urging state leaders to set up a hot line to help with appointments, citing concerns about seniors navigating the state’s website to register.

In a letter to Baker and the Massachusetts Legislature Tuesday, State Director Mike Festa and State President Sandra Harris of AARP Massachusetts called for a dedicated 1-800 number to help seniors sign up for the vaccine.

"Individuals need to know where, when and how they can receive the vaccines," they wrote. "We continue to hear from members that they do not know when, where or how to schedule an appointment. This is unacceptable to AARP and should be to all Bay Staters. Massachusetts can and must do better."

Several NBC10 Boston viewers complained of spending hours on the state's website to make an appointment to no avail. Appointments were shown as completely booked, according to viewers, or offered far away from home. 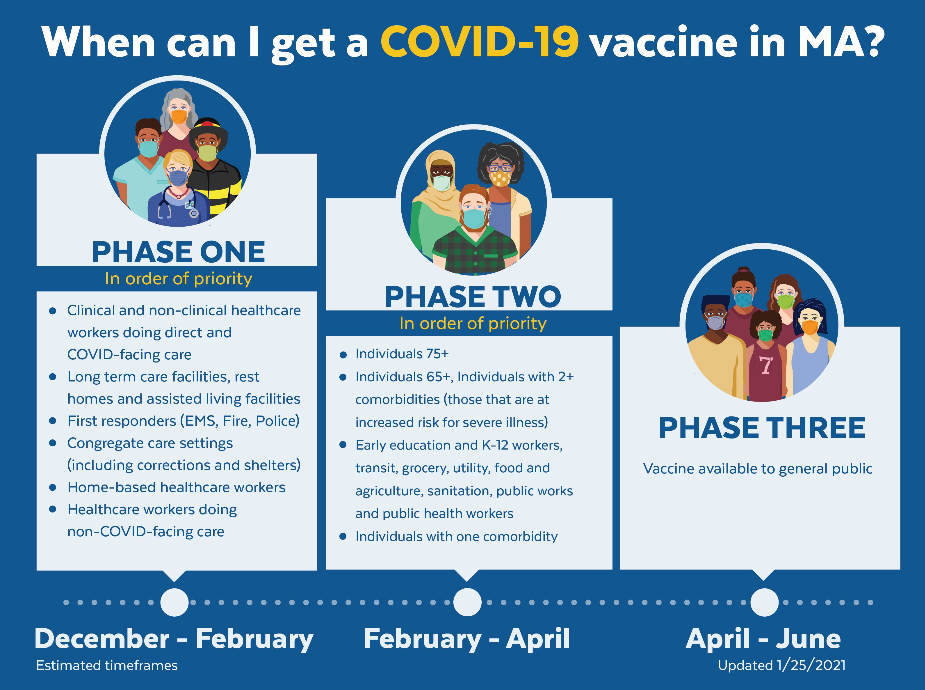 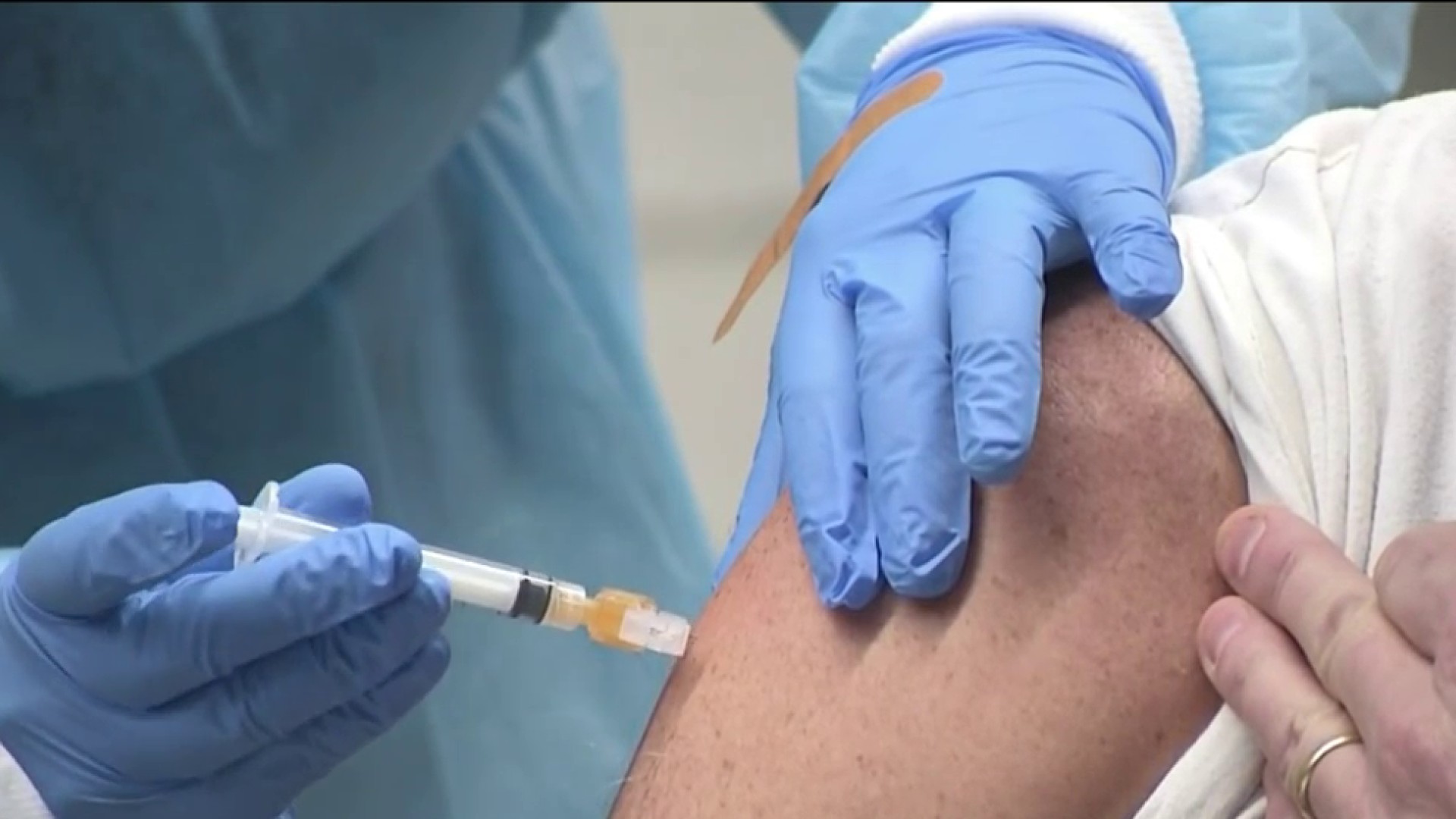