Body Recovered Off Maine Coast Confirmed to Be Missing Boy

Theo Ferrara had last been seen at his home in Freeport, Maine, around 4:30 p.m. on Thursday, Sept. 22

Authorities in Maine announced that a body discovered off the coast last week was that of a 14-year-old boy who'd gone missing five days earlier.

Freeport police said the body of Theo Ferrara was recovered from Maquoit Bay near Bunganuc Point on Tuesday, Sept. 27. He had last been seen at his home in Freeport around 4:30 p.m. on Thursday, Sept. 22.

According to Freeport police, a marine patrol aircraft participating in continued search and rescue efforts for the boy spotted a body around 11:15 a.m. It was recovered and taken to the Maine medical examiner's office where it was identified as Ferrara.

Freeport Police Chief Nate Goodman told NBC affiliate NewsCenter Maine that Ferrara's cause of death has not yet been determined and that an investigation would continue over the next several months.

"We're all human. We all feel it. It's devastating for all of us," Goodman told the outlet. "This is not the outcome we wanted."

The police department also extended its heartfelt condolences to the Ferrara family, and asked that they be given privacy during this difficult time.

The superintendent for Regional School Unit 5, where Ferrara was a student, said it was with a heavy heart that she was informing the school community that Ferrara had been found dead.

In her Facebook post, Jean Skorapa extended her sincere condolences to the boy's family and friends. She also announced that the school district would offer counseling and bereavement support to all students and staff in the wake of Ferrara's death, noting how difficult and challenging a student death can be for some students.

"How we, as adults, manage ourselves serves as an important model for helping kids handle tragedies like this. We encourage you to listen carefully to your child and answer questions openly and honestly should they occur," Skorapa wrote. "Accepting your child’s feelings and validating them is beneficial."

The search for Ferrara included multiple agencies, including Freeport police, the Maine Warden Service, the Maine Forestry Service, Brunswick police, the Department of Marine Resources, the Maine Association of Search and Rescue, Maine State Police, and the FBI. Police also thanked LL Bean, Freeport Friends and the Freeport community for all of their assistance during the search.

An investigation into Ferrara's death is ongoing. 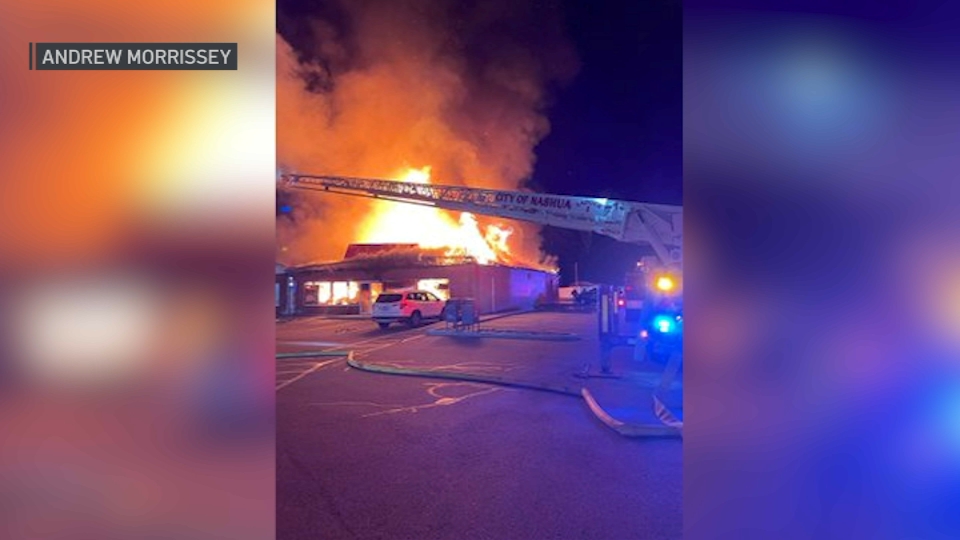 Investigators Seek Cause of Fire That Ravaged NH Strip Mall