Mayor Marty Walsh said Thursday that the death of George Floyd has caused "real pain" in Boston, reopening wounds that have existed for a long time, and urged residents to open their minds and listen.

"We are listening," he said. "I am listening -- to the voices and messages of our black neighbors who are harmed by systemic racism every single day. As elected officials, it's time to listen and learn and keep those voices at the center of the conversation. Not just for today, not just for next week, not just for next month, but for our entire careers."

"I am committed to making real change," Walsh added. "I pledge my commitment to making Boston a national leader, to healing the wounds of our history and building a more just future."

After a violent night in Boston on Sunday, the mayor said he has seen positive signs in recent days as peaceful protests have been held across the city.

Floyd's death has set off waves of protests across the country. The handcuffed black man died after a white Minneapolis police officer pressed a knee into his neck as he pleaded that he couldn't breathe.

Here in Boston, Walsh said Floyd's death has caused "real pain," pain that has existed in Boston "for a long, long time."

After a violent night in Boston on Sunday, the mayor said he has seen positive signs in recent days as peaceful protests have been held across the city.

"Sunday night was a tough moment," Walsh added. "But this is a good week for our city. We cleaned it up, we're helping our small businesses get fixed up, we continue to listen to our black community and push for equity and justice in everything we do."

But he also urged Bostonians not to "turn the page" as so often happens in these situations.

"We have a great ability to turn the page when something really uncomfortable comes to the surface," the mayor said. "George Floyd's death is painful to watch. It's awful to hear his kids and his brother and his family talk in such a great way about him. It's sad that he's not here. We can't turn the page on that. It's not time to give your opinion. It's time to listen. It's time for all of us to listen. In particular, it's time for the white community to listen."

Walsh said when he was first elected in 2014, he made changes to the way the Boston Police Department operated, bringing in new leadership, adjusting training and outlawing chokeholds like the one used on Floyd. But he said there's more work to be done.

"I think right now is a good time to take another look at changes we might have made and take a look at other changes," he said. "I'd love to say we're perfect -- no one's perfect. It's an evolving evolution of community policing."

Walsh held an eight minute, 46 second moment of silence outside City Hall later Thursday afternoon in Floyd’s honor, to mark the length of time prosecutors say he was pinned to the ground by police before he died.

The Boston Police Patrolmen's Association called Suffolk County District Attorney Rachael Rollins' comments on the protests "reckless." She fired back, explaining she was against police brutality.

Walsh also spoke Thursday about the city's coronavirus response, saying Boston is now logging COVID-19 recoveries at two to three times the rate at which new cases are being confirmed.

He said that, as of Wednesday, 7,257 city residents were considered fully recovered from COVID-19, up by 154 from the day before. The city's cumulative caseload, including the recoveries, stands at 12,872.

The last patients were discharged Tuesday from the COVID-19 field hospital set up at the Boston Convention and Exhibition Center, Walsh said, and that facility is now a "suspended operation" in case of future need.

He said precautions to limit the spread of the contagious disease -- like washing hands, cleaning surfaces, practicing social distancing and wearing masks -- remain as important as ever as the state proceeds with a gradual economic reopening plan.

"The virus has not gone away," he said.

Minority-owned business in Boston are cleaning up from damage done after peaceful protests turned violent Sunday, and one owner

Walsh described legislation the House passed Wednesday, which includes measures to support restaurants with meals tax payments, outdoor dining, to-go cocktail sales and delivery app service fees, as a "good restaurant relief bill" and said the city would continue to work with the state on "creative ways" to help small businesses recover from the economic hardships they've experienced during a period of prolonged closures and restrictions.

More on Protests in Boston 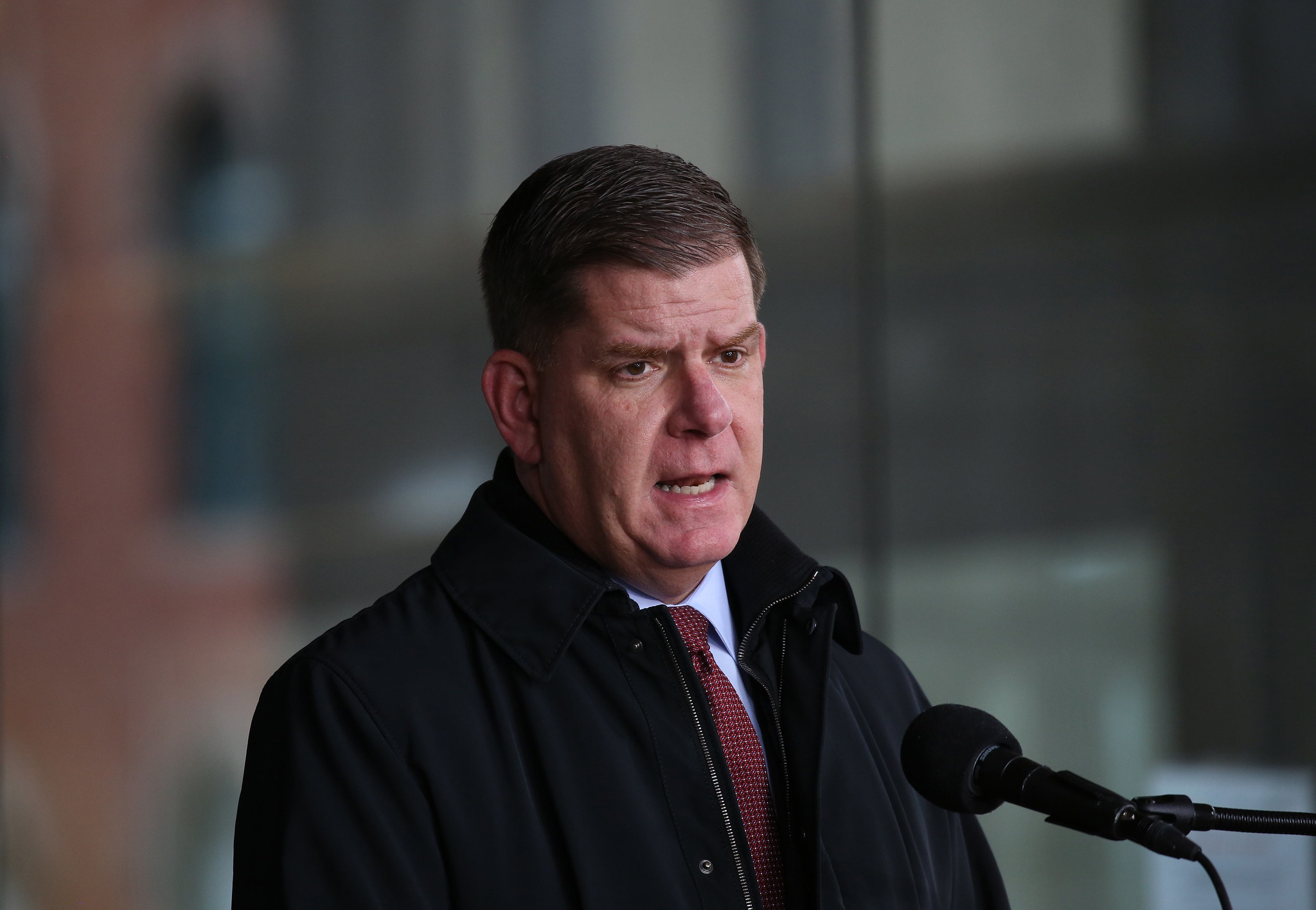 Mayor Walsh Calls Sunday's Violence ‘An Attack on Our City'