A rail extension linking the MBTA's Red and Blue Lines could cost $850 million and require a design and construction period of nearly a decade, according to the latest estimates unveiled Monday.

In a presentation to the transit agency's board, MBTA Chief Engineer Erik Stoothoff outlined an updated scope for the project that would feature a more than 2,000-foot tunnel underneath Cambridge Street to lengthen the Blue Line from its current endpoint at Bowdoin Station to the Charles/MGH Red Line station.

The preliminary plan would involve shuttering Bowdoin Station permanently, adding Blue Line platforms at Charles/MGH, and connecting the station to a clinical building to be constructed at Massachusetts General Hospital, Stoothoff said.

The presentation estimated construction costs at $740 million, and $110 million in design, administration and train costs.

An $8 million project to refurbish the historic trolleys on the Mattapan line is two years behind schedule.

While project funding sources have not been secured yet, Stoothoff said the T could start procurement this year, spend about four years on the design, then run construction from late 2025 until completion around 2030.

North Shore elected officials and transportation advocates have long pushed to connect the Red and Blue Lines -- the only two MBTA subway lines that do not meet. The connection would allow Blue Line commuters from East Boston and Revere to reach job centers in Cambridge more easily, they say, helping to reduce congestion on highways and in tunnels.

Fiscal and Management Control Board Chair Joseph Aiello, observing that "traffic is coming back," said after Stoothoff's presentation that "this project can't come soon enough." 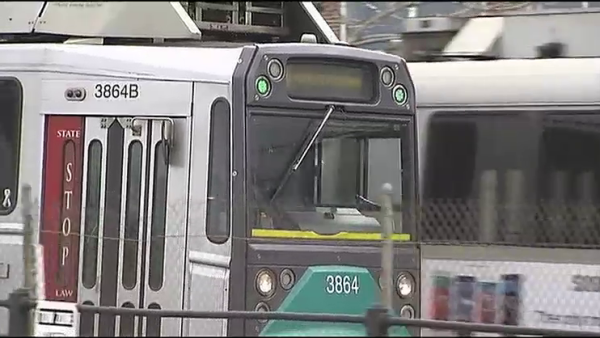