A new slate of restrictions for Massachusetts gatherings, businesses and elective surgeries was announced Tuesday, the latest to come amid a spike in coronavirus cases and hospitalizations, with fears of another one arriving after the holidays.

The restrictions go into effect Saturday and last for at least two weeks, Gov. Charlie Baker announced at a news conference at the State House. He said they are aimed at keeping people from spreading the virus in what is a usually very busy, social time.

"We would like people to spend the next couple of weeks, between Christmas and sort of the week after New Year's, as regularly as they possibly can just with those they live with. And if you need to go out and do something, go out, get it done and come home," Baker said.

The new 25% capacity restriction affects offices, houses of worship, restaurants, retail businesses, "close contact personal services" and more, though at some of those locations, workers and staff won't count toward the occupancy limit. See the full list of sectors in Massachusetts with the temporary capacity and gathering limits here.

And Massachusetts hospitals must push back or cancel most elective inpatient invasive procedures that are nonessential starting Saturday as well, the state's top health official said.

Secretary of Health and Human Services Marylou Sudders said that, of those surgeries, ones that "would lead to high risk or significant decline of an in individual's health" are excepted. And the rules don't affect things like emergency care or screenings -- they're aimed instead at keeping hospital capacity available ahead of a possible new surge.

Baker hinted at a "very significant" announcement he'd be making Wednesday on a new statewide effort to support small businesses, though he didn't give any details about it at Tuesday's news conference.

He reiterated that Massachusetts is still dealing with a spike in coronavirus cases from Thanksgiving. He's concerned that could happen again with the upcoming holidays, though the new restrictions will go into effect after Christmas and Christmas Eve, when "we know that many people hopefully participate in a faith service of some kind -- safely."

Restrictions the Baker administration put in place ahead of Thanksgiving worked, he said, but after the holiday came more cases and hospitalizations, with hospitals' acute beds peaking at 83% occupancy last week. There were indications that young people with the virus were spreading it to older people, who were then sent to the hospital. 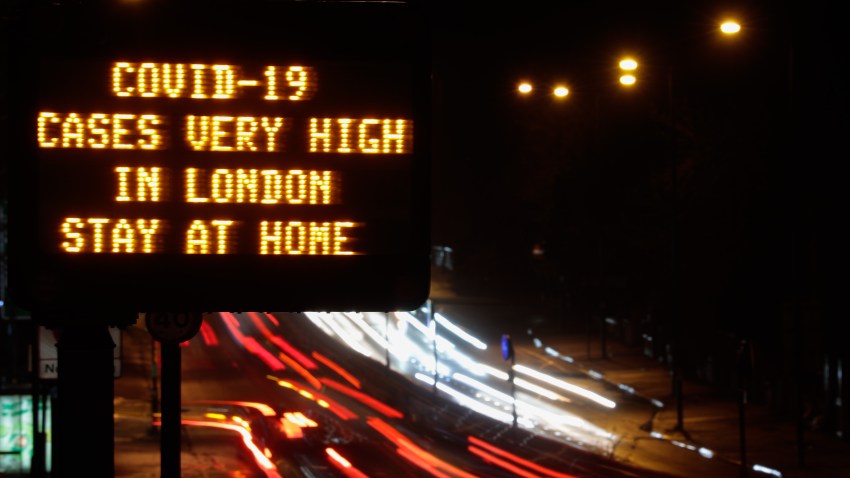 UK's New COVID Strain Could Already Be in the US, Boston Experts Say 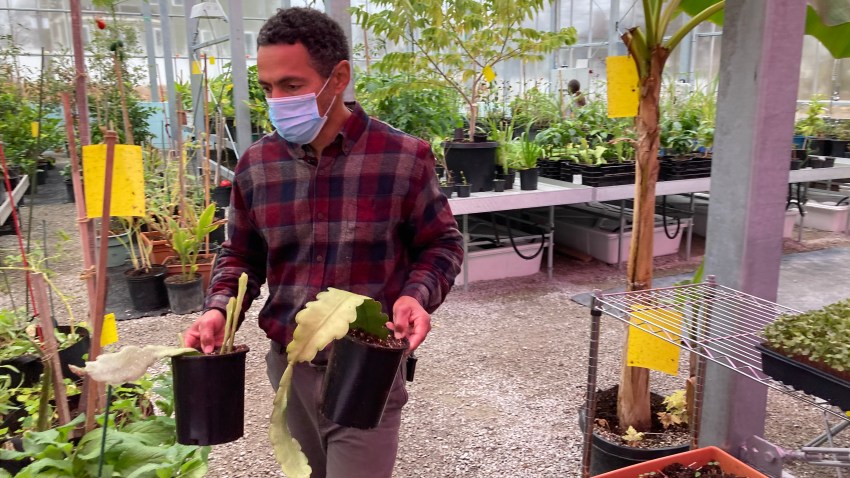 "Here we are coming into this second big season with respect to the holiday, and we think it's critically important for people to hear us when we say people really need to spend this in a very conservative and cautious and careful way," Baker said.

Baker on Monday had warned that, if there is another spike, it could overwhelm the state's hospitals and said, "Every option is on the table," for additional steps to minimize the spread of the virus over the holidays.

Baker said he and other officials are "basically begging everyone to stay within their immediate household" for holiday celebrations because the state "simply can't afford to have another spike, one of the largest in the United States, take place after the Christmas holiday while we're still dealing with the spike that came from Thanksgiving."

After the Thanksgiving COVID-19 case surge and uptick in hospitalizations, Baker warns Mass. residents not to travel over the next 10-12 days.

A group of doctors, state legislators and public health leaders had signed an open letter urging Baker and the Legislature to implement additional public health protections due to the high rate of cases.

They said the steps Baker had taken thus far are "grossly insufficient," especially given that indoor dining is being allowed to continue even as field hospitals are being opened and medical treatments delayed.

State Rep. Jon Santiago, who is also an ER doctor at Boston Medical Center, has been putting pressure on the governor to act. He said the new restrictions are too little, too late.

"We are in an emergency right now. And so I would prefer we look to closing things like casinos and more indoor institutions, dining being one of them," Santiago said.

Sam Scarpino, an epidemiologist from Northeastern University, has been sounding the alarm since September. He said more aggressive actions should have happened sooner, but can still make a difference.

"It's too late to alter what's going to happen before the new year. It's not too late to do something now that's going to improve the condition into the early part of January and help us leverage vaccine to get back to a new normal," he said.

Nearly 2,000 people in Massachusetts were reported hospitalized Monday because of confirmed cases of COVID-19, with more than 400 in intensive care units. The average age of those hospitalized was 67.

The new deaths pushed the state’s confirmed COVID-19 death toll to 11,506 and its confirmed caseload since the start of the pandemic to more than 314,800.

The number of probable or confirmed COVID-19 deaths reported in long-term care facilities rose to 7,151.

Massachusetts residents are rushing to get tested ahead of holiday travel. With all the demand for tests, Gov. Charlie Baker says the state will boost supply. However, the governor also made it clear Monday that while testing is helpful, it's best for everyone to just stay home.