Baker teased a call Tuesday with federal officials, where he said he hoped to get guidance on COVID-19 booster shots and vaccines for children under the age of 12.

Gov. Charlie Baker hopes to get some guidance around COVID-19 booster shots during a call with federal officials Tuesday, he said during an address to the New England Council.

Speaking to the business group via video call, the Massachusetts governor described the questions around booster shots as "a good example of an issue that's been all over the place in the media, through no fault of the media."

"There's just been a lot of chatter about it for the better part of the month," he said.

Federal health officials in August announced plans to make booster shots available to all American adults who have already receive both doses of a Pfizer or Moderna vaccine, starting the week of Sept. 20. But as that date approaches, it's unclear when and for whom booster doses will ultimately be authorized, with a Food and Drug Administration panel planning to meet Friday to discuss the Pfizer vaccine data.

"Most of us had heard from the feds several months ago that it would be 2022 before there was any real traction on this," Baker said. "There's been some talk recently that it might happen a lot sooner than that. That obviously will be something that we'll have to figure out how to handle, if it does turn out to be a lot sooner than that, with our colleagues in the health care and public health world, to make sure that we have an infrastructure in place that can do both boosters and potentially younger kids at the same time if that's where we land."

The governor also spoke Tuesday about how the coronavirus pandemic has fundamentally changed the economy and how people will work in Massachusetts moving forward, identifying the need for skill building and credentialing as well as changes in transportation and affordable housing.

"A lot of jobs that were available before the pandemic may not come back," he said. "Literally hundreds of thousands of people are probably going to have to re-skill over the course of the next decade here in Massachusetts."

Baker outlined about his plan to spend about $2.5 billion of the the $5.3 billion in federal funding Massachusetts is getting through the American Rescue Plan Act of 2021.

"We proposed not to spend it all," he said. "I do think that it's critical for us to put this to work in ways that will be transformative. And to me, that means big numbers in a small number of areas where we know we have significant issues."

"We're in very good shape financially," Baker said, knocking on the wooden desk in governor's State House office. "But I do think in some ways, we have some big decisions to make about how to put significant resources to work and need to be very strategic about how we do it."

Dr. Camille Kotton, on the CDC's advisory committee on immunization practices, says they do not have a plan for rollout yet.

Throughout the meeting was an underlying message from Baker to get businesses involved in the effort to vaccinate people.

"I think vaccinations are the way out of this," he said. "This is, in many ways, the best way for us to get back to what we would describe as the normal that we all want."

If businesses choose to pursue a vaccination strategy for their employees, Baker promised to be the first to try to help set it up in a way that makes it "as easy as possible," for them to get vaccinated.

He touted Massachusetts' vaccination rate, the second highest in the country behind Vermont, with 76% of the total population fully vaccinated. He explained three reasons why he made the decision to mandate vaccinations for people who work under his jurisdiction in the executive branch.

"The first was we believe that vaccines work," Baker said.

Second, Baker went on, was because a lot of the workforce comes in contact with the public on a regular basis and Baker said it was important to protect them both.

"Third is the importance of being able to manage your way through all this and to set an example that other businesses and employers may choose to pursue based on the decisions that we make as one of the larger employers in the Commonwealth," Baker said. 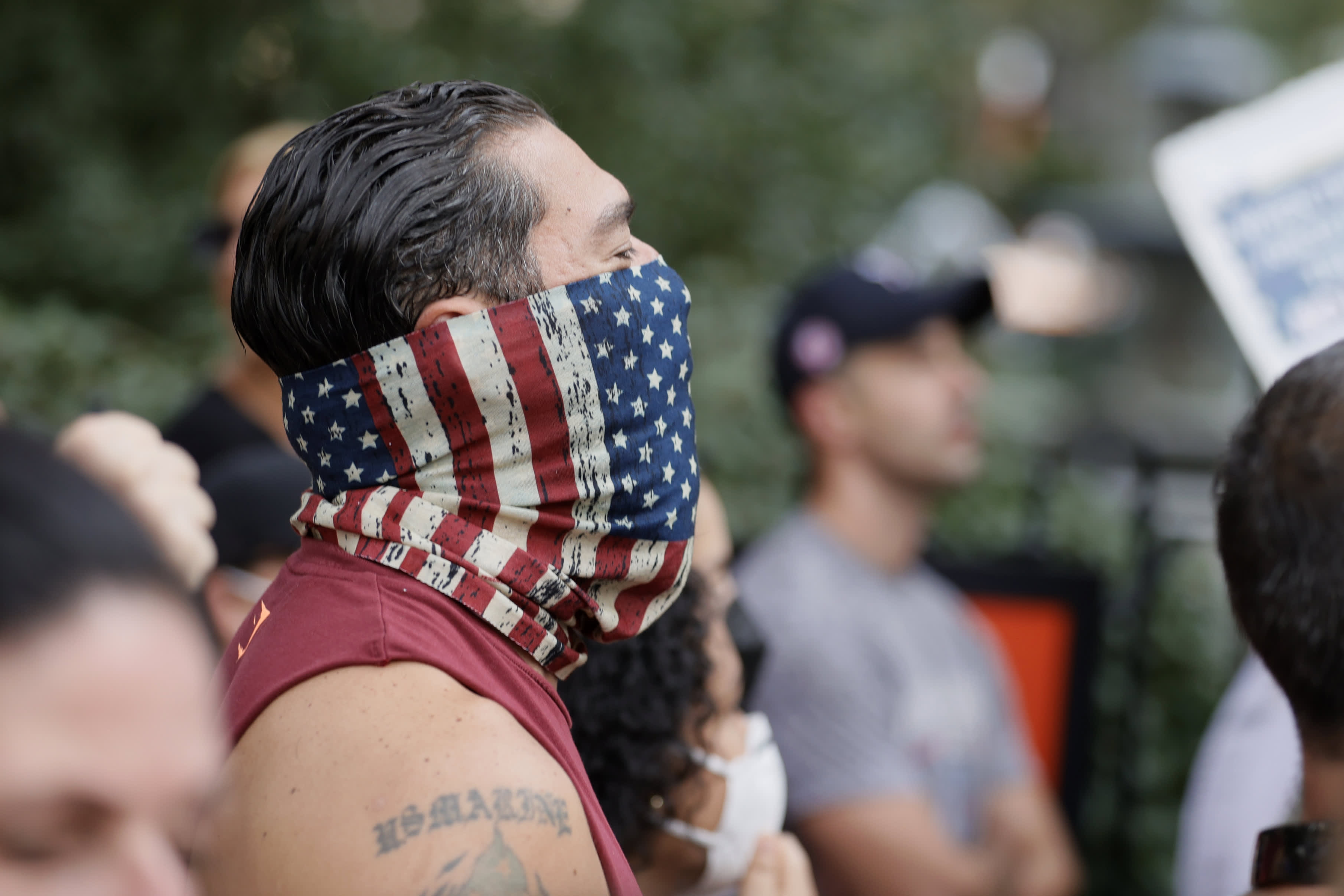