In a stunning twist of events, Bill Belichick is focused on the Titans, not the fact that Saturday could be his final game coaching Tom Brady.

“That’s all I’m focused on, so we’ll do everything we can to get ready to go and play the best game we can play Saturday night,” Belichick said at his press availability on Thursday morning.

Belichick and Brady, joined at the hip since 2000, are preparing for their first game over wild-card weekend since after the 2009 season. Their last win in the wild-card round came even further back than that, a 37-16 victory over the Jets after the 2006 season.

The Patriots have the ninth-longest drought in the NFL in terms of getting a win on wild-card weekend, which is hysterical in the context of their now two-decade run of success. Of course, it’s been 13 years since they’ve won on wild-card weekend; they’ve had a first-round bye in 10 of those seasons!

Being relegated to the opening weekend of the NFL’s postseason is a sobering reality for New England, which limped to a 4-4 mark over its final eight games after starting the season 8-0. While two of the Patriots’ wins in their final eight games came against playoff teams (Eagles, Bills), they lost a game to each of the AFC’s other division winners -- including the two who received the coveted bye week in the Ravens and Chiefs.

Save for a perfect season, perhaps the last box Belichick and Brady could check off together is winning a Super Bowl while emerging from the wild-card round. Since the NFL expanded to eight four-team divisions in 2002, however, only eight teams have taken the long way to the Super Bowl.

The Patriots gathered for a party Thursday as they got their latest Super Bowl rings. 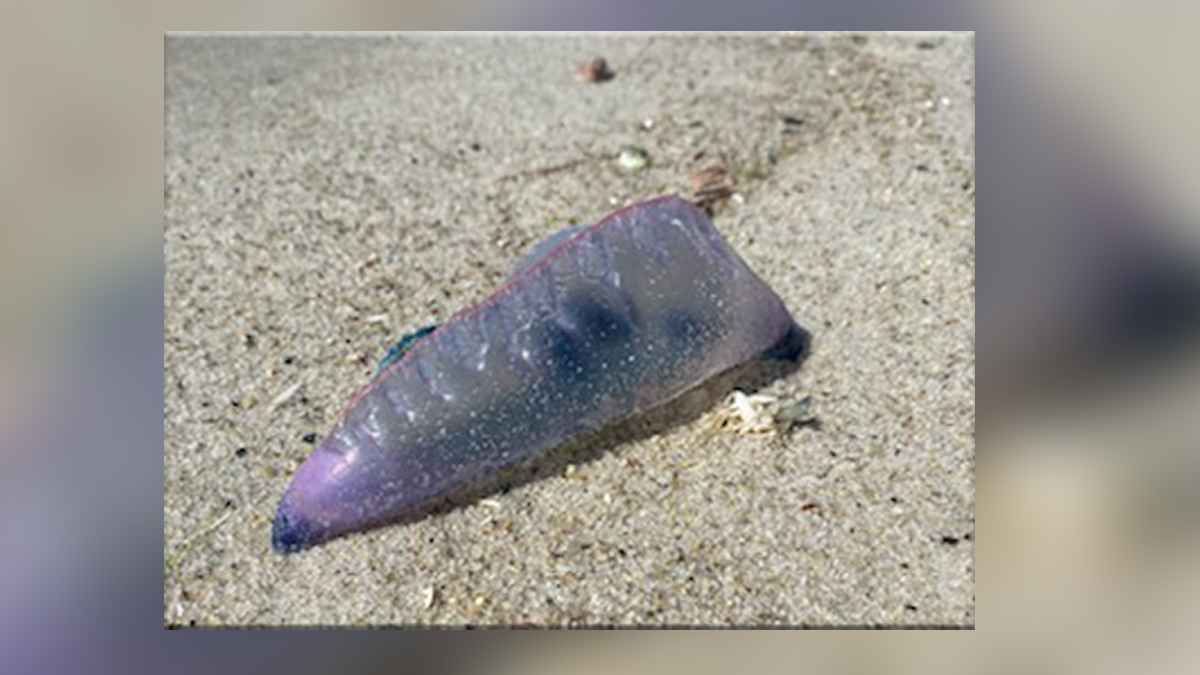 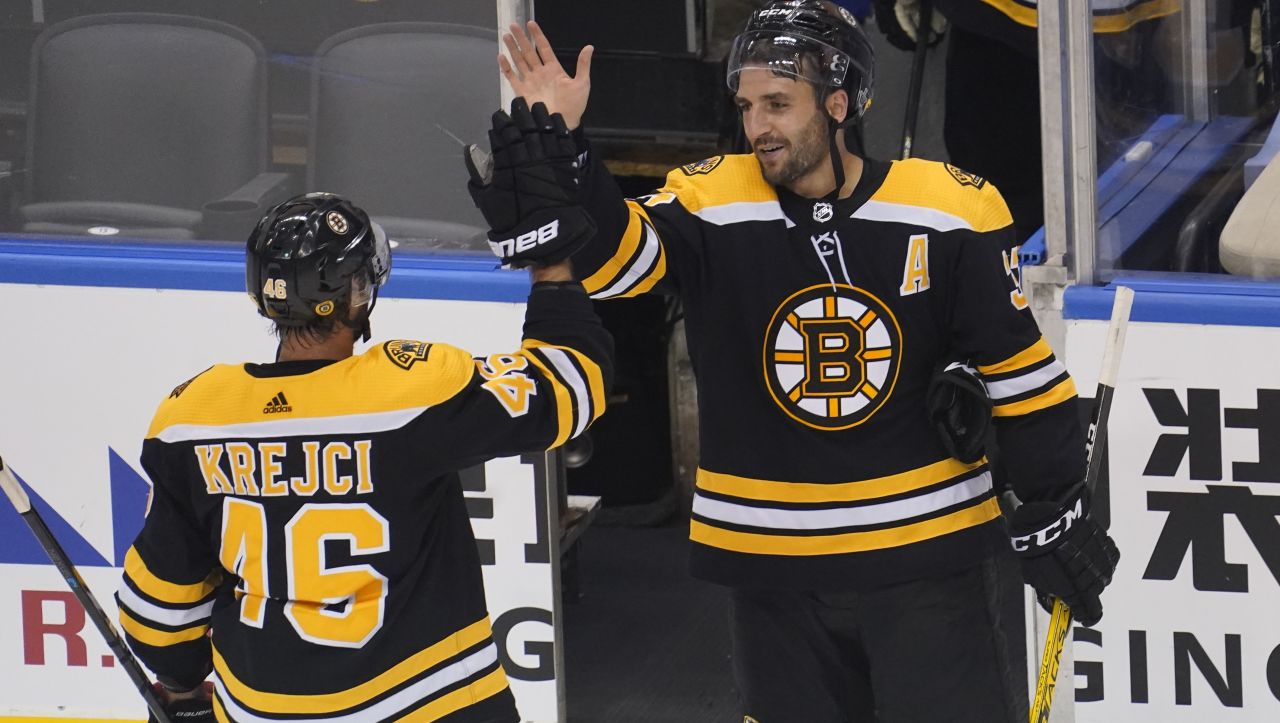 Why Bruins Chasing the Stanley Cup, Not Rebuilding in 2022-23 Is Right Move

That’s right: only eight of the 128 teams -- both division winners and wild-card entrants -- have made it to the Super Bowl while playing on wild-card weekend.

Once there, all six of the eight teams did win the Super Bowl.

Can the Patriots become the seventh team to do so, claiming their seventh championship of the century in the process? Their postseason fate rests on five items.

Brady will be making his 41st postseason start on Saturday, extending his own NFL record once again. He’s only gone one-and-done in the playoffs twice, but if he continues to play the way he did for the majority of the second half of the season, the most challenging off-season in Patriots history will add another month of anticipation for Brady’s plans in free agency.

Of the 12 quarterbacks in the postseason, Brady ranked 11th in passer rating (88.0) in the regular season, ahead of only Buffalo’s Josh Allen (85.3). Brady had only one game with a passer rating above 100 over his final eight contests, threw for more than two touchdown passes in a game only once and completed under 57% of his passes.

Brady hasn’t had a ton of help from New England’s skill position players -- whom we’ll get to -- but the offensive line is slowly rounding into form, giving him ample time to throw. He was sacked only once over the last two games and hit seven times on 62 dropbacks.

Second all-time in receptions in the postseason with 115 behind only Jerry Rice (151), there’s no need to fret about Edelman.

Who steps up beyond him could determine whether or not New England can get out of the first round.

Phillip Dorsett has just one catch in the last four games. In his last three games, he’s played only 27 snaps on offense. Mohamed Sanu has been a disappointment since his 10-catch, 89-yard performance against the Ravens in just his second game with New England, failing to top three catches or 35 yards in any game since.

Brady putting his trust in a rookie in the postseason isn’t without precedent -- Malcolm Mitchell’s performance in Super Bowl LI flies far too under the radar -- but that team had Danny Amendola, Chris Hogan and Marty Bennett in addition to Edelman. Neither N’Keal Harry nor Jakobi Meyers has demonstrated anywhere near the ability to thrive as secondary targets yet.

James White just might be the greatest x-factor of all. His 15 catches against the Chargers in last year’s divisional round matched the NFL record for receptions in a postseason game and surpassed his own mark of 14 from Super Bowl LI. He’s been relatively quiet down the stretch for New England, as defensive backs have been able to key in on White with so few targets worth worrying about split out wide.

Literally anything Ben Watson or Matt LaCosse provide at the tight end position at this point will be a bonus. It would be very cool to see Watson win a championship for the first time since his rookie year with the Patriots in 2004, but his regular season performance showed there’s not much tread left on his tires.

An angry Tom Brady stood at his locker Saturday and answered questions about his appearance in a Netflix comedy series that many took to be a veiled shot at Patriots owner’s Robert Kraft’s arrest at a Florida massage parlor.

Devante Parker is a very good player for the Dolphins. There’s a reason they held onto him when jettisoning seemingly every other talented player on their roster last off-season, after all. He finished the season fifth in the league in receiving yards with 1,202, doing so with just 72 catches.

All that said, it’s unfathomable that his season-high eight catches for 137 yards -- his second-highest output of the season -- came against the odds-on favorite to win the NFL’s Defensive Player of the Year. Gilmore has been taking receivers and stuffing them in lockers all season long, from Amari Cooper to Odell Beckham Jr. to Sammy Watkins to Juju Smith-Schuster and so on and so forth.

Sunday has to be a blip on the radar not just for the sake of this postseason, but for the future as well. Gilmore’s cap hit doubles from roughly $9 million in 2019 to more than $18 million in 2020.

"Steph’s a very consistent player – his performance, his preparation, his effort,” Belichick said. “So, I see the same thing from him week-in and week-out, day-in and day-out.”

Gilmore did add at least one trophy to his shelf on Thursday, when he was awarded the Ron Hobson Media Good Guy award, given annually to a Patriots player who’s been most accommodating to the media. The award is voted on by reporters who cover the team.

The "boogeymen" have to put a scare into opposing quarterbacks

Barely three months ago did Sam Darnold announce for the world to hear that he was “seeing ghosts” on Monday Night Football. While much of that damage was inflicted by a secondary that came up with four interceptions, it was another night of business as usual for the linebackers -- especially Kyle Van Noy, who recovered a fumble and was credited with half a sack.

The self-appointed “boogeymen,” New England’s starting linebackers unit, seemingly put their costumes away after Halloween. Over the first eight games of the season, Van Noy, Jamie Collins and Dont’a Hightower -- the latter of whom earned a Pro Bowl nod -- combined for 12.5 sacks and one defensive touchdown apiece. Collins, who looked like a potential Defensive Player of the Year candidate upon his return to the Patriots, had three interceptions as well.

Since then, the trio has combined for 6.5 sacks -- Collins contributed one, in the regular season finale.

Keeping up the pace they were at would have been next to impossible. Practically falling off the face of the Earth is stunning in its own right and has contributed to a Patriots defense that’s looked increasingly vulnerable despite setting a franchise record for a 16-game season with 225 points allowed.

Call this one an honorable mention. With so many issues currently plaguing the Patriots, the kicking game has fallen to the backburner as a potentially fatal flaw.

Part of that is because Nick Folk has been nothing short of excellent for New England, especially since returning from an emergency appendectomy. Folk has missed just one field goal -- which was blocked -- in the four games he’s played since coming back; on the season, he’s a very respectable 14 for 17 on field goal attempts and a perfect 12 for 12 on PATs.

New England has had some difficult losses in the postseason through the years, but kicking has never single-handedly brought the Patriots down. This simply warrants mentioning when the margin of error appears to be as razor-thin as it’s ever been in Foxborough.